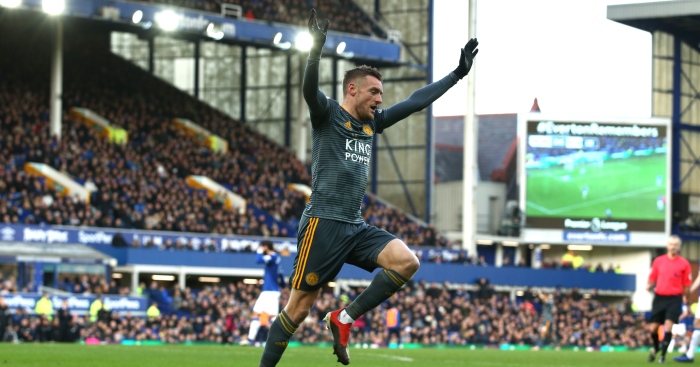 Jamie Vardy is one of football’s biggest characters – and we’ve taken a look back at 10 moments which perfectly sum up his persona.

The Leicester striker’s journey from non-league to Premier League winner is very well documented, but you may have missed some funny moments along the way.

So for your pleasure, we’ve collated 10 of the most Jamie Vardy moments ever. Enjoy!

If this doesn’t sum up what Vardy’s all about, we don’t know what does.

After Vardy pushed (can we call it a push?) Charlie Austin in the back, the Southampton forward went down as if he’d just been shot.

Vardy wasn’t going to let the moment pass without doing his best impression of Austin by throwing himself to the ground in the face of the referee.

The Leicester forward revealed in his autobiography ‘From Nowhere, My Story’  that he would dissolve skittles (only the red and purple ones, of course) into a three-litre bottle of vodka.

Not only is this concoction bizarre, it was also delaying his return from injury.

Physio Dave Rennie couldn’t understand why Vardy’s dead leg wasn’t getting better, but once he found out what he was drinking, Rennie revealed it was actually slowing down his recovery.

While with Fleetwood Town, it was one of the chef’s birthdays so Vardy and some team-mates thought they’d wrap him up a present.

Unfortunately for him, the present was his car and they’d wrapped it in cling film.

These three letters dominate the footballing world and seem to be heard everywhere you go.

Apparently for some, we need to stop using the abbreviation.

In an interview, Jamie told a reporter not to ask him about the system, saying “I don’t know what it stands for”.

In the tunnel before Leicester faced Southampton, Pierre-Emile Højbjerg came over to greet international team-mate Kasper Schmeichel with a handshake.

You see it before almost every game in the Premier League, but Vardy was having none of it and channelled his inner Will McKenzie.

Vardy is an interesting character to say the least, and often enjoys rattling home fans when playing away.

In an interview, Vardy said: “I’m a nightmare on the pitch, aren’t I? I get abuse from opposition fans and give it back to them. But that’s just me – and that’s how it should be.”

Harry Maguire was one of England’s main men last summer in Russia, and he found himself a new name too.

Vardy christened the centre-half ‘Slabhead’ for, well, having a rather large head.

Speaking to the press, Vardy joked: “Hi, this is Jamie Vardy from Vardy News – what is the diameter of your head?”

I’m sure Harry is delighted the nickname has stuck. 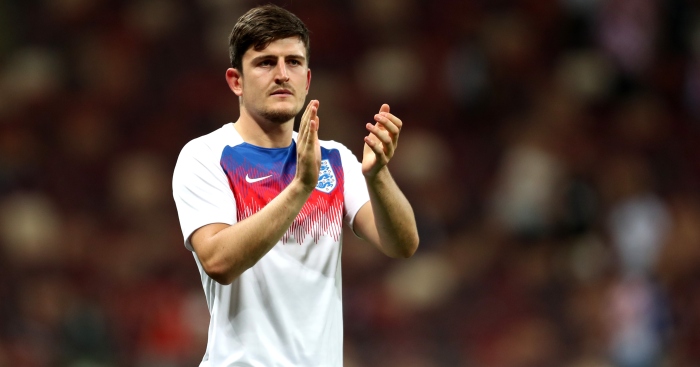 In the title-winning campaign of 2015-16, Jamie Vardy would enjoy half a bottle of Lucozade filled with port the night before every game.

The day of a match he’d also down a double espresso and three cans of Red Bull. That’s what made him “run around like a nutjob”. His words, not ours.

He went for a sh*t (probably)

Leicester were 3-1 down at the Emirates and had used all their substitutes when Vardy disappeared down the tunnel.

Unsurprisingly, everybody wanted to know why the Englishman sprinted off the pitch, and Twitter quickly decided he did a Jason Puncheon.

At least he didn’t do a Lineker.

No, he didn’t kill a dog

Rumours surfaced online from, we imagine, a strange character who made up quotes from Vardy’s autobiography saying the Leicester man had killed a dog.

The quote read: “The beers were flowing and, as always, the club mascot, Stocky, was there. Stocky was an actual dog. Anyway, for a laugh, I filled his bowl with Stella. He drank the lot. This happened about four times. Twenty four hours later he was dead.”

Does it say something about Vardy’s character that people actually believed this? Just to confirm, no he did NOT kill a dog.