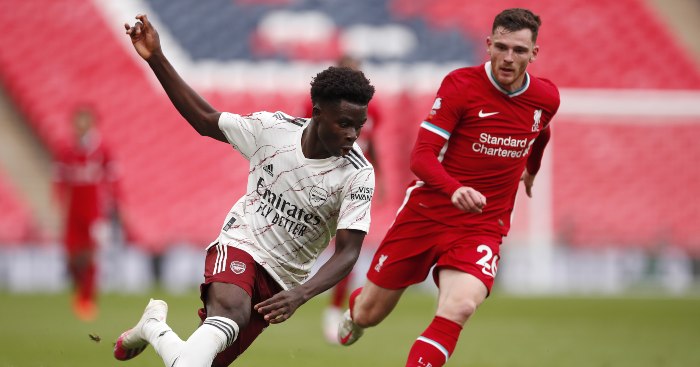 If, like us, you get a really kick out of taking pride in your squad numbers on Football Manager, the start of a new season always provides a thrill.

Sure, there are times when we look on in horror at a rank squad number – we compiled a whole XI of them here if you’re brave enough – but there is something immensely satisfying about a squad number change that just feels right.

We’ve compiled a list of 10 squad number changes for 2020-21 that made us feel good inside.

Mings wearing No.40 at Aston Villa was understandable when he initially joined the club on loan from Bournemouth midway through their Championship promotion season, but he shouldn’t have been allowed to keep it upon joining on a permanent deal.

Thankfully, Mings has rectified his error in 2020-21, taking the No.5 shirt. If he gets back to his best this season, we’re putting it all down to his new number.

Taking the No.22 shirt was hardly a crime for Pulisic as he looked to establish himself in his debut campaign at Chelsea.

The forward took a little time to hit his straps after some injury frustrations, but the USA international ended the season looking like Chelsea’s most dangerous attacking player, so it’s nice to see him rewarded with the No.10 shirt ahead of some of the Blues’ headline arrivals.

Longstaff’s Newcastle future was up in the air for much of the summer as the midfielder stalled on signing a new deal, only to finally put pen-to-paper on a new two-year contract in August.

The 20-year-old broke into the Magpies’ first team wearing the No.43 last season but has switched to the No.4 for 2019-20. Any midfielder that opts for the same number as David Batty is fine by us.

Now have a word with your big brother, Matty. There’s no need for Sean to still be wearing No.36.

We didn’t have much of a problem with Holgate wearing the No.2 last term, especially considering he does occasionally play right-back.

But the No.4 feels a lot more suitable for a player who is generally deployed at centre-back and has been known to fill in as a holding midfielder.

Plus, it’s opened up the No.2 shirt for Jonjoe Kenny, who previously wore the No.43 before impressing on loan at Schalke last term.

We quite enjoy a stupidly high number for a young player breaking into the first team so we had no qualms about Saka wearing the No.77 last year.

Now the 19-year-old is firmly part of Mikel Arteta’s plans, we’re relieved to see him simplify things right down to the No.7, although we’re going to be slightly annoyed if he ends up playing as a full-back again in that case.

It may seem strange to pick out someone taking the No.33 shirt as satisfying, but we’re enjoying Robinson’s commitment to the tradition that a left-back needs the number three somewhere on their shirt, as noted by Fulham’s official website: “Left-back Antonee Robinson has taken 33 as 3, 13 and 23 were already taken.”

In fact, Fulham might be our new squad number heroes.

In their announcement of their 2020-21 changes, it was revealed Ivan Cavaleiro wanted his number to feature a seven when he first arrived but “without wanting to upset the apple cart” he took the No.19 for 2019-20. With Rui Fonte’s departure freeing up the No.17, he has now got his wish.

Knockaert, meanwhile, has been able to revert to the proper winger’s No.11 that he wore at Brighton after wearing the No.24 in his first season at Craven Cottage.

We’re not always 1-11 traditionalists, so it was nice to see Van de Beek ask for the No.34 shirt upon his move to Manchester United as a tribute to Abdelhak Nouri, his former Ajax team-mate who suffered permanent brain damage after collapsing with acardiac arrhythmia attack in a pre-season game three years go.

“This is a special thing for me because my good friend Abdelhak Nouri… maybe you know the story,” Van de Beek told United’s official website. “He had a heart attack and he’s a good friend of mine, and I’m really close with his family and his brother is one of my best friends, and I talk a lot with them. So I decided to take his old number on my shirt. I want to get good memories with this number.”

Van de Beek is not the only former Ajax player to pay tribute to Nouri in this way. Justin Kluivert, Joel Veltman and Amin Younes also opted for the No.34 after switching clubs.

It feels quite fitting that West Brom’s No.11 shirt, previously held by club stalwart Chris Brunt for the previous 11 years, has been passed on to an exciting young prospect the Baggies have such high hopes for.

Like Brunt, Diangana wore a different number in his first season at The Hawthorns, donning the No.29 while helping the club win promotion during his loan spell from West Ham.

If the winger follows in Brunt’s footsteps by providing another 11 years of service in the shirt, West Brom will feel more than content in their decision to spend £18million on the 22-year-old. Mark Noble, less so.

Well done, Southampton, and thank you for taking all this as seriously as it deserves.

A 1-11 of the worst squad numbers in history, ft Arsenal, Liverpool, Chelsea

Bukayo Saka is the playground footballer Arsenal and the PL needs