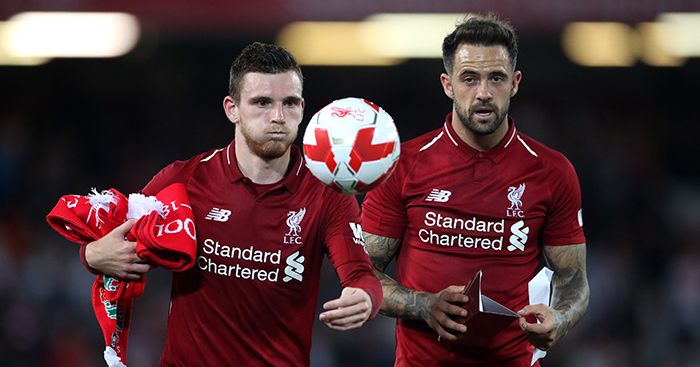 Your FPL team is doing badly, but at least you’re not playing in a mini-league by yourself like Robert Snodgrass. These are some of the biggest blunders from the pros.

We’re three weeks into the FPL season, and we’ve all made a mistake or two.

Maybe you expected Harry Kane to dismantle Newcastle, or maybe you were skeptical of the phenomenon that is Teemu Pukki. Maybe you foolishly followed my advice ahead of GW1.

At the end of the day, however, we’re all just amateurs — laymen and laywomen peering distantly into a world we don’t fully understand. We can’t be expected to know who will claim an assist every single week.

Professionals footballers, however, should possess a greater level of insight. Not total omniscience, but a bit of inside knowledge that could help them predict the next big thing or get their head around Pep’s rotation of midfielders.

Yes, pro footballers play FPL. Lots of them. But they often do it quite badly.

Here are 10 of the worst FPL mistakes made by real Premier League footballers, past and present, over the first three weeks of the season.

Less respectable, however, was his decision to lay down a GW3 Wildcard that earned him a reward of just 33 points.

We’ll see how that one pans out.

This technically wasn’t a mistake, especially since Luke Shaw is now injured, but there’s something quite tragic about the left-back not backing himself at the same price as his new team-mate.

AWB provided no goals and three assists last season, while Shaw got one goal and five assists.

3. Peter Crouch not having quite enough faith in mediocre strikers

Peter Crouch has actually made some great shouts in his FPL team, like captaining Teemu Pukki for the opening two games of the season.

But he also left big-scoring Ashley Barnes on the bench for those two weeks, losing out on 18 very elbow-y points.

In GW3, the dancing robot stripped Pukki of the captaincy, handing it to two-points Harry Kane and ultimately plummeting down his mini-league behind Jon Walters.

Having been a £4.0m defender for most of his FPL career, Alex Bruce can’t be criticised for putting his eggs in the Martin Kelly / John Lundstram basket. The man clearly knows a bargain.

But starting the economical Mason Greenwood ahead of Joelinton — a big-money striker playing under the expert tutelage of Bruce’s own father? Madness.

Two former Manchester United legends are aiming for victory in a league named ‘She was only XI‘.

What would Sir Alex say about that?

To be fair though, ‘sheazys stars!’ [sic] are killing it: after three weeks, the Irishman is sitting comfortably within the top 200K.

6. Wayne Routledge having no wingers

Something really unsettling about this.

Swansea’s Wayne Routledge has hugged the touchline for many a Premier League side, with his CV listing playing time at Palace, Spurs, Portsmouth, Fulham, Villa and Newcastle.

7. Steve Cook picking two Bournemouth defenders, neither of which are him

Bournemouth are crap at defending, so it’s a massive show of loyalty from Steve Cook, the club’s third captain, in picking full-backs Adam Smith and Diego Rico.

The pair have so far scored six points between them.

Nathan Ake’s team, meanwhile, earned a massive 98 points during GW1, despite having 22 points on the bench.

8. David McGoldrick not doing the maths

There’s nothing wrong with David McGoldrick picking himself up front, but his preference for Enda Stevens (£5.0m) over confirmed FPL legend John Lundstram (£4.0m) just doesn’t add up.

They must not get on.

There’s just so much going on with ‘GET IT IN THE MIXER‘, Robert Snodgrass’ FPL team.

10. Andy Robertson benching Danny Ings even though Adrián was playing in goal

Interesting move for Andy Robertson to include Danny Ings, his former Liverpool team-mate, in the 15-man squad.