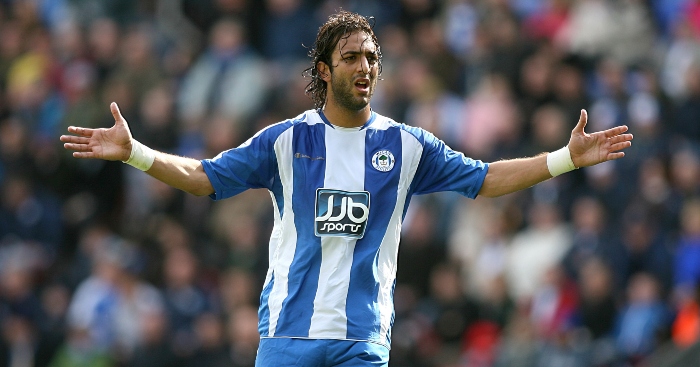 Soccer AM’s crossbar challenge could make heroes of the most unlikely of players – but it could also make them look a bit…sh*t.

The concept was simple: hit the bar from the halfway line. The execution was much less so.

We’ve rounded up 10 of the worst attempts at the challenge, featuring a double entry from Mido.

Leeds United fans will not be surprised to see Paynter’s name on this list.

📝 Leeds United take on Hull City tonight, where plenty of players have played for both clubs

🙈 One of those is Billy Paynter – who had the greatest crossbar challenge attempt out of any Leeds player.#LUFC pic.twitter.com/eBxEOlByUf

A Soccer AM legend, but truly terrible tracky bottoms.

Possibly the worst Crossbar Challenge attempt ever from Lee Trundle…?

Mind you, he was being distracted by a naked masked man behind the goal. 😂 pic.twitter.com/dPDnr9pSVE

The last attempt in this clip, and a reminder that Livermore is an England international.

You know it’s bad when a lad dressed as Wonder Woman looks embarrassed for you.

Which goal was he aiming for?

To be fair, he did say he wouldn’t reach.

We’re starting to think he’s not taking this seriously.