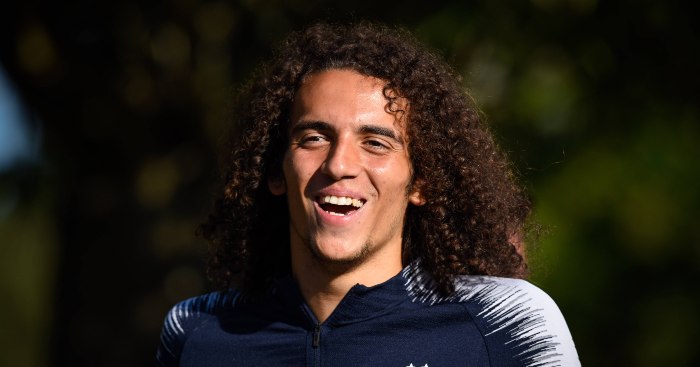 The first international break of 2019-20 is already upon us, and a number of players to catch the eye in the early stages of the campaign could be in line to win their first senior international caps.

Let’s face it, a break so soon after the start of the season is pretty annoying, but it may turn out to be a landmark time for some players.

We’ve taken a closer look at 10 players who could make their representative bow for their respective countries.

Since Mount was given the chance to impress in English football on loan at Derby County, it has felt like a matter of when, not if, he makes his Three Lions debut.

The midfielder was called up to Gareth Southgate’s squad last October only to fail to make it onto the pitch against Spain or Croatia, but starting his maiden Premier League campaign in Chelsea’s first team with two goals in five matches should be enough for him to clear that hurdle.

“I think Mason Mount has been one of the outstanding players in the league already this season,” Southgate even said last month.

Guendouzi is the man of the moment at Arsenal following his superb performance in the north London derby, and an injury to Paul Pogba means the midfielder could now make his senior France bow in their qualifiers against Albania and Andorra.

The 20-year-old was approached by Morocco two years ago but pledged his allegiance to France, and that decision already appears to be paying dividends.

‘Ten minutes before I was asleep. I thought I was still in a dream.’

Matteo Guendouzi on the moment he received his first ever France call-up 🇫🇷😁 pic.twitter.com/unGl7betdC

It speaks volumes of the wealth of talent Spain are able to pick from in midfield that Sarabia remains waiting for his first cap at the age of 27.

After starting his career with Real Madrid, Sarabia has impressed in La Liga with Getafe and Sevilla, contributing 23 goals and 17 assists for the latter in 2018-19.

That form earned a move to PSG this summer, and he could now finally win a senior international cap eight years after skippering Spain’s Under-19s to glory in 2011 European Championships.

A contender at left-back for our ridiculously good XI of players out on loan this season, Juventus paid Roma €22million to sign Pellegrini this summer, but he will spend the season at Cagliari, where he also played the second half of 2018-19.

Still just 20, he will compete for the place as Italy’s left-back with Chelsea’s Emerson Palmieri after being given the nod over the more experienced Cristiano Biraghi of Inter.

It follows a good Under-20 World Cup and a transfer merry-go-round which saw him switch AS Roma for Juventus for €20 million, before being loaned back to Cagliari. Busy summer. pic.twitter.com/LpnaRyUUDy

One of the more intriguing names on this list, Arsenal fans may be familiar with Malen, who rejected approaches from Manchester United and Chelsea to join the Gunners academy. The forward impressed in their youth teams only to be sold to PSV in 2017 after two seasons.

“That I was sent away from Arsenal is certainly not true,” he told De Telegraaf earlier this year. “I still had a contract for a year and Arsenal even wanted to extend that.

Last season proved to be his breakthrough campaign in the Eredivisie as he netted 10 goals in 31 appearances for PSV, and now he could be the next exciting youngster to establish himself in Holland’s starting XI.

One of Wolves’ exciting Portuguese contingent, Jota was called up to the senior squad twice towards the end of 2018-19 but was forced to watch on from the sidelines as they won the UEFA Nations League on home soil.

While he is yet to score in the Premier League this season, the attacker has already bagged three times in the Europe League, although he does have the likes of Cristiano Ronaldo, Joao Felix, Bruno Fernandes and Bernardo Silva to compete with in the Portugal set-up.

Marcelo Bielsa has drastically improved the majority of players at Leeds United, but perhaps only Kalvin Philips has improved more than Cooper, who is into his third season as captain of the club.

Born in England, the centre-back has represented Scotland at youth level and was called up to the senior squad in 2016 and 2017, only to fall out of favour under Gordon Strachan.

He is now back in the fold under Steve Clarke and suggests it is all down to Bielsa’s influence.

“He has brought my game on in so many levels,” Cooper told the Yorkshire Evening Post.

“I’m the fittest I’ve ever been and feel like I’m coming to the prime of my career. Leeds are a very demanding club so stepping up to international football will be nothing new.”

One of the most hyped up footballers in the world, Vinicius is still establishing himself at Real Madrid following a debut campaign in which he showed genuine moments of promise.

The 19-year-old is currently trying to adapt to playing on the right-hand side under Zinedine Zidane, but has played down reports the Real boss is worried the attacker is struggling to deal with the pressure of playing at such a big club.

“Zidane always tells me to be relaxed and to keep growing because if I do so, and because I am so well treated by everybody, he says I’ll be playing there for a long time,” Vinicius told a news conference on Tuesday. “Much like Marcelo and Casemiro, who have been there for a long time.”

A call up to the Brazil squad now gives Vinicius a chance to play alongside Neymar, who he could have been calling a team-mate at Real Madrid has the transfer window panned out differently.

Reporter asks Vinicius Junior “would you have liked to play with Neymar?”
Vinicius response: “ I’m playing with him on Friday”

The best named football in the world, whose ancestors hail from Fife, could make his bow for Argentina against Mexico or Chile after being called up to the senior squad for the first time.

Mac Allister is on loan at Boca Juniors from Brighton, who signed the midfielder from Argentinos Juniors in January, and scored on his debut for his new club in a Copa Libertadores victory over Athletico Paranaense earlier this summer.

The 20-year-old is among seven players who could make their senior debut under Lionel Scaloni this month.

The second Wolves player on this list, Boly has joined up with the Ivory Coast squad having just been sent off in the Premier League defeat to Everton.

Boly has represented France at youth level but was born to Ivorian parents. With Eric Bailly injured, a senior international debut may be on the horizon at the age of 28.