10 players who could win their first caps: Thuram, Reyna, Neto and more 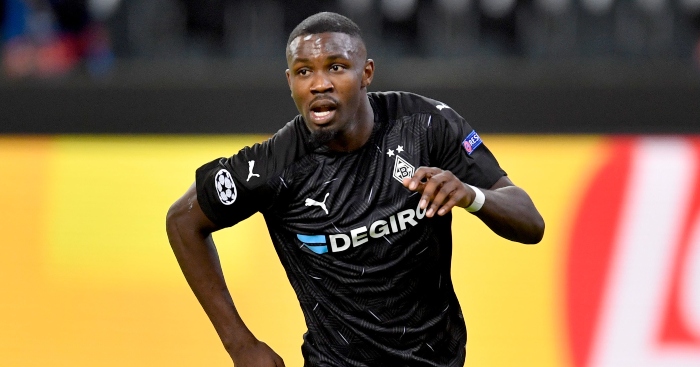 The international break will be frustrating for many Premier League managers and fans alike, as they go without their favourite league for a few weeks.

However, there will be plenty of excitement for the players who are going away on international duty, especially those from around the world who are looking to get their first caps.

Here are 10 players who could potentially make their debut for their country during the current break.

He may be the son of Lilian, but Thuram is showing that he is a player who commands respect in his own right.

The 23-year-old has been mightily impressive for Borussia Monchengladbach, recording three goals and six assists already this season. This has been enough to see him earn a place among France’s top attacking talents, as well as links to Manchester City, Barcelona and Juventus.

He’s been electric this season and is definitely in the right place to be catching the eye of his national team selectors.

Just when you forget about him – we’re still not convinced he actually joined Sheffield United last season – Morrison’s name will always pop up again. He now plays his club football for ADO Den Haag and has opted to take the call and represent Jamaica.

It’s a long time ago that he was seen as one of English football’s great young talents, encapsulated by his stunning solo goal for West Ham against Tottenham.

Italy’s defensive depth is usually the envy of world football, but there is set to be something of a changing of the guard as the Azurri face Poland and Bosnia & Herzegovina.

Leonardo Bonucci is the only member of the old guard left in this squad, while Inter’s Bastoni, Milan’s Davide Calabria, Sassuolo’s Gian Marco Ferrari and Genoa’s Luca Pellegrini, on loan from Juventus, could all be in line for their first caps.

The winger was bought by Watford in January 2018 but only managed to make one appearance for the Hornets before being loaned out to Fortuna Dusseldorf, for whom he caught the eye by scoring a hat-trick against Bayern Munich.

Lukebakio is now a key part of an exciting Hertha Berlin side and potentially set to line up alongside Kevin de Bruyne, Romelu Lukaku and Eden Hazard for the Belgium national team. From Watford outcast to Belgium international – It’s amazing how quickly things can change in football.

Youth is reigning supreme for both Borussia Dortmund and the USMNT. To be honest, it’s not all that surprising when they have talents like Reyna at their disposal.

While his dad, former Sunderland and Manchester City midfielder Claudio, won over 100 caps for the USA, Gio fielded interest from Portugal, England and Argentina before committing his future to the stars and stripes, telling Sports Illustrated in March: “I’m aware of the rumors, but it’s quite clear for me. I only want to play for the United States. That’s my home country.”

He is one of 10 players aged 20 or under who could earn their first cap in the current international break, with the others including Konrad de la Fuente, Chris Richards and Yunus Musah of Barcelona, Bayern Munich and Valencia respectively.

Giovanni Reyna becomes the youngest goalscorer in #DFBPokal history, and it’s a strike the American will remember for a long time ✨ pic.twitter.com/YQPLihzq5l

Most English fans will remember Llorente as the man who knocked Liverpool out of the Champions League last season.

Well, it turns out he doesn’t always need help from Adrian, as he’s recorded four goals and two assists for Atletico Madrid this term, earning himself a place in the Spain squad.

The West Ham striker played for France up to Under-21 level but is eligible to represent Ivory Coast due to his Ivorian mother.

Having been linked with Liverpool last season, Carlos tasted success with Sevilla as the Spanish outfit claimed yet another Europa League title, despite the defender conceding penalties in both the quarter-final, semi-final and final.

It’s a new season and without giving the spot-kicks away on such a regular basis, he’s now in with a chance of representing his country for the first time.

It’s not that long ago that Martinez was Bernd Leno’s understudy, with very little being expected of him. How times have changed.

Of all Argentina’s called-up goalkeepers, River Plate’s Franco Armani’s 13 caps is the highest total, so the position is far from settled. Having impressed with Aston Villa, there is now a chance the 28-year-old could become his country’s main stopper.