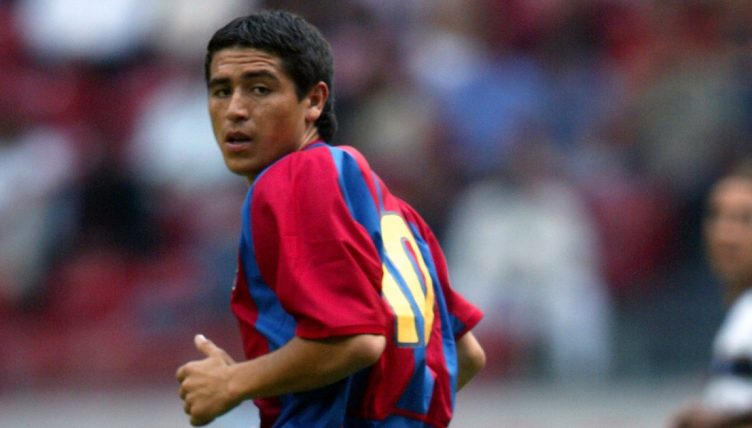 Trying to establish yourself at Barcelona is a tough task – so it should come as no surprise that a number of players that failed to make the grade at the Camp Nou shone elsewhere after leaving.

Some may struggle under the spotlight, others may struggle to get a sniff ahead of some of their superstars. Either way, it’s understandable.

We’ve taken a look at nine players sold by Barca since 2000 to produce their best form after leaving the club.

After proving his goalscoring capabilities at Valencia, Alcacer earned a €30million move to Barcelona but was only ever going to be a rotation option with Lionel Messi, Luis Suarez and Neymar firmly established as the front three.

It took until December of his debut campaign to score his first goal, and until February to bag his first La Liga goal for Barca, yet he still ended his first season with a goal in the Copa del Rey final victory over Alaves.

But after 15 goals in 50 appearances, more than half of which came as a substitute, the striker decided to move to Borussia Dortmund in the search of more regular first-team football.

He then took Dortmund by storm, scoring 12 goals in his first 14 Bundesliga appearances before eventually ending up with a more-than-respectable tally of 26 goals in 47 appearances.

Garcia had to be patient to earn his chance at Barcelona. After coming through the ranks with their B team, the forward was sent out on loan four times before being sold to Atletico Madrid.

Nine goals at Atleti convinced Barcelona to re-sign Garcia, but he was back at the Camp Nou for just one season before being sold to Liverpool.

READ: Remembering Luis García at Liverpool – and a connection you can’t fake

We still can’t really work Deulofeu out. His first spell at Barcelona ended with just two La Liga appearances, one impressive loan move to Everton and one disappointing season at Sevilla.

Everton then decided to snap him up permanently, but he fell out of favour at Goodison Park, only to impress so much on loan at AC Milan that Barcelona decided to re-sign the winger.

He again struggled to establish himself at Barca and returned to the Premier League with Watford, where he briefly burned brightly as one of the most exciting players outside of the big six.

It says a lot about both life at Barcelona and Ibrahimovic’s own high standards that a season in which he scored 21 goals, won La Liga, the Spanish Super Cup, the UEFA Super Cup and the FIFA Club World Cup is considered something of a blip in his career.

Ibrahimovic himself has admitted his explosive personality never fit under Pep Guardiola’s philosophy, famously reflecting: “When you buy me, you are buying a Ferrari. If you drive a Ferrari, you put premium petrol in the tank, you hit the motorway and you step on the gas.

The striker lasted just a single season at the Camp Nou before joining AC Milan initially on loan. He left Barcelona at the age of 28, since then he has scored well over 300 more goals in club football, which is pretty good going.

“If Rijkaard goes and another coach comes in, talks with me and gives me confidence then I will return,” Quaresma threatened after his first season at Barcelona. “But if Rijkaard stays, I won’t return. Not the year after either.

“Rijkaard and I do not understand each other.”

It was a bold statement from a 20-year-old who had made just 10 La Liga starts, and it backfired: Rijkaard stayed, and Quaresma was shipped off back to Portugal, joining Porto.

The winger may not have fulfilled his potential, but he has still won a bucketload of trophies and provided plenty of entertainment as one of football’s great mercurial talents, so it’s hard to knock that. 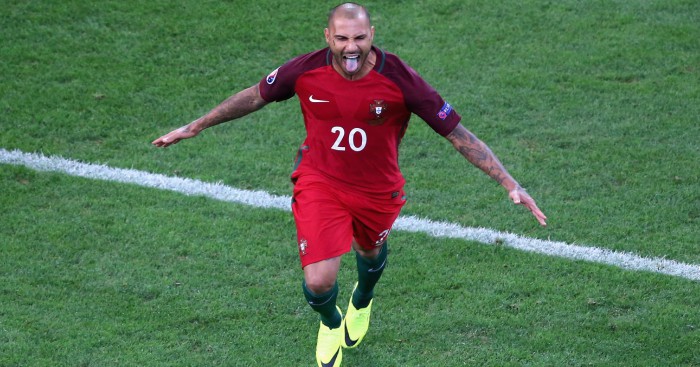 READ: Ricardo Quaresma’s only trick is not really that good – but we love him for it

A Football Manager hero and perennial Liverpool target, Simao joined Barcelona as a 19-year-old in 1999 in a £10million deal from Sporting Lisbon, and essentially acted as a precursor to Quaresma.

The winger failed to impress Louis van Gaal, making 12 La Liga starts in his debut campaign, after which he said: “I’m not going to stand another year like the last one. I’m still young and if it’s going to be the same story I’d rather go to another club and play.”

And so he went to another club, Benfica, where he quickly became captain and helped the club end an eight-year trophy drought and 11-year wait for a league title.

In 2007, Simao returned to Spain by joining Atletico Madrid, where he won the Europa League and UEFA Super Cup.

One of the most alluring players of the 21st century, Riquelme seemed like a perfect fit for Barcelona, only for Louis van Gaal to reveal the Argentine had been forced upon him as a “political signing” and sparingly use the natural-born No.10 as a winger, if at all.

Barcelona’s signing of Ronaldinho the following summer meant they exceeded the maximum number of foreign players allowed in Spain, and Riquelme was sent packing to Villarreal.

In truth, that deal proved a masterstroke for all parties.

Having left his hometown of San Sebastian, where he grew up playing alongside Xabi Alonso, Arteta was expected to blossom at Barcelona, only to ultimately fail to break into their first-team squad.

The midfielder instead moved around Europe, playing in France, Scotland and back in Spain before finally settling in England with Everton and Arsenal.

But Arteta clearly made an impression on some people at Barcelona. His debut for their B team came as a replacement for Pep Guardiola, who he later served as an assistant to at Manchester City, and he’s now putting all that experience to good use with a promising coaching career at Arsenal.

Following in the footsteps of his father, Miguel, Reina turned out 49 times in all competitions across two season for Barcelona after injuries presented him with an opportunity in goal.

He left in 2002 to join Villarreal and went on to establish himself as one of the best goalkeepers in Europe at Liverpool. The 39-year-old came close to rejoining Barca from Liverpool as a replacement for Victor Valdes, only for Valdes to backtrack on his decision to leave the club, and Reina subsequently joined Napoli.