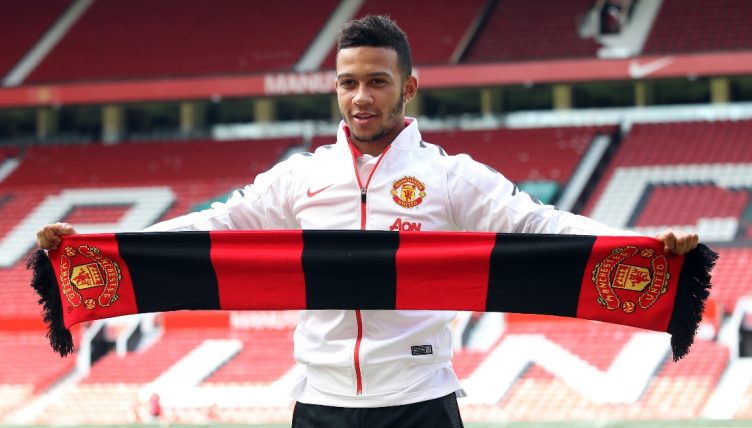 Manchester United have spent a lot of money in the transfer market in recent years but have failed to quite translate that into success on the pitch.

The nine-year fallow period following the retirement of Sir Alex Ferguson has often been characterised by some big-name, big-money signings that have failed to live up to their billing.

While that’s undoubtedly been frustrating for the fans, it’s arguably even more annoying to see players that did absolutely nothing at the club go on and shine elsewhere.

We’ve taken a look at 12 players that failed to impress at Old Trafford but went on to enjoy great careers elsewhere.

Okay, “shone” is probably pushing it a bit, but not even Sanchez’s mum would argue that he did anything whilst in Manchester.

The 33-year-old Chilean will evidently never quite rediscover the form that made him a world-beater at Arsenal, but he became a useful enough player at Inter, featuring alongside fellow United alumni Matteo Darmian, Ashley Young and Romelu Lukaku as they won the Scudetto in 2020-21.

Depay provided a few flashes of his quality but failed to establish himself as a first-team regular at Old Trafford, scoring just two goals in 33 Premier League appearances.

The forward joined Lyon in January 2017 and started to fulfil his undoubted potential after moving to France, helping the Ligue 1 side reach the Champions League semi-finals in 2019-20. He registered 76 goals and 55 assists for the club before joining Barcelona on a free transfer in the summer of 2021.

Just like with Van Gaal at United, it was his former Netherlands manager Ronald Koeman that brought him to Camp Nou.

While he had an up-and-down time of it at Barcelona last season, he’s shown some real flashes of quality and continues to produce the goods for the Netherlands.

Flourishing under Van Gaal once again, he led Oranje to qualification for the 2022 World Cup, scoring more international goals than any other player in 2021.

The Colombian looked like one of the deadliest strikers in Europe from his prolific time at Porto, Atletico Madrid and early days at Monaco, but by the time he arrived at Van Gaal’s United on loan in September 2014 he looked done as a top-level player after the severe ACL injury that kept him sidelined for over six months.

He scored four Premier League goals in 26 appearances for the Red Devils, and the sense he’d lost it was further confirmed at a subsequent dodgy loan spell with Chelsea.

But Falcao rediscovered his best form for Monaco and was a key part of the side that upset the odds to beat PSG to the 2016-17 Ligue 1 title, reaching the Champions League semi-finals and knocking Pep Guardiola’s Manchester City out of the competition on the way.

Now thoroughly into the latter stages of his career, he’s become a cult hero at Rayo Vallecano – alongside fellow United flop Bebe.

The academy product was allowed to leave for Burnley in 2014, having made a total of five appearances for United.

Now at Everton, he’s a solid enough Premier League centre-half and also has 12 caps for England.

He never made any senior appearances for Manchester United before he left for the Foxes in 2012.

While he might not have done anything in the last five seasons, he’s a title winner with Leicester. What more can you say?

When the Argentine scored the audacious chip over Kasper Schmeichel in the first few weeks of his Manchester United career, it looked like the club had finally bought the superstar they needed to wake them from their post-Ferguson slumber.

This was a player that was recently named man of the match in a Champions League final victory for Real Madrid, and he looked every bit the part. But not for very long.

Di Maria’s one season at United was fairly forgettable in the end, and he never really settled in Manchester.

He then spent seven years at PSG and made a huge contribution to their domination of French football. The 33-year-old registered over 100 assists for the club and won a fifth Ligue 1 title in 2022 before departing for Juventus on a free.

After Zaha emerged as one of the most exciting young talents in the country at Crystal Palace, Sir Alex Ferguson sanctioned a deal for the winger in one of his final pieces of business for the club.

It didn’t quite go to plan when he officially joined the club in the summer of 2013, as David Moyes succeeded Ferguson. He never quite took to Manchester, and only made a total of four appearances for the club.

He was sold back to Palace for a fraction of what they bought him for two years later, and he’s since established himself as one of the best wide attackers in the Premier League.

The proud Catalan was a teenager and peripheral figure in United’s squad as they won the Premier League and Champions League in the 2007-08 season.

Since Pep Guardiola took him back to his boyhood club in 2008, he’s not exactly had a bad career.

Howard was a regular between the sticks for United in the 2003-04 season, during those awkward few years between Fabian Barthez and Edwin van der Sar.

The American was by no means a disaster with the Red Devils, winning the FA Cup that year, but it was Everton where he really established himself as a more-than-decent Premier League shot-stopper. He spent nine years with the Toffees and made over 400 appearances.

When we say Dublin shone after leaving United, we don’t mean his effortlessly natural presenting ability on Homes Under The Hammer or success with The Dube, but rather going on to score more than 100 Premier League goals for Coventry City and Aston Villa.

A brilliant recovery after the horrific leg break he suffered during the two years he spent at Manchester United.

Forlan had an absolutely exceptional career after leaving Old Trafford, where he only scored 10 Premier League goals from 63 appearances.

A legend for Villarreal and Atletico Madrid, he went on to score 128 La Liga goals in seven seasons, winning the European Golden Shoe twice.

His record isn’t bad for his country, either. He won the Copa America with Uruguay in 2011 and was named the best player of the 2010 World Cup as he finished joint top scorer on their run to the semi-finals. 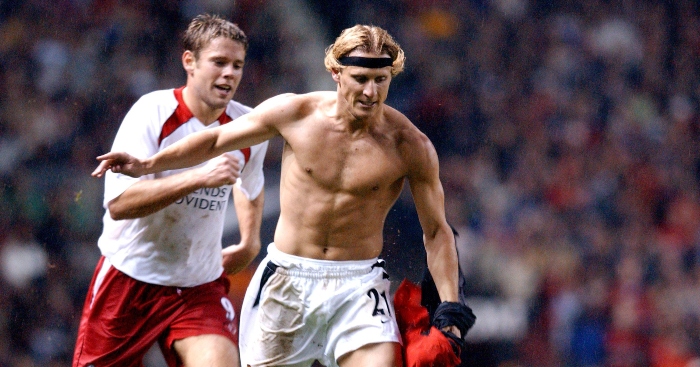 READ: When Diego Forlan scored a screamer & played without a shirt for Man Utd

Frequently loaned out, Heaton spent eight years on United’s books between 2002 and 2010 but never made a senior competitive appearance for the club.

He then went on to earn three England caps and became a solid Premier League goalkeeper at Burnley for a long time.

The goalkeeper is now back where it all began, and finally made his senior debut for the Red Devils off the bench in a Champions League match against Young Boys in December 2021.