10 players with the most tackles at the World Cup: Bellingham, Hakimi 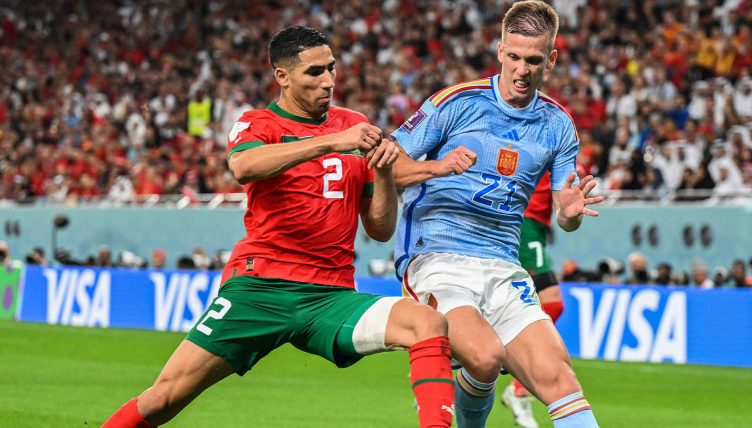 There’s nothing we love more than watching the world’s top players flying into each other with crunching tackles.

But who have been the top 10 players with the most tackles won at the 2022 World Cup? There are a few surprises that do manage to sneak their way into the list.

As you would expect, the list is well populated with midfielders as the likes of Rodrigo Bentancur, Adrien Rabiot and Tyler Adams all manage to make the cut.

Probably quite unsurprisingly, England’s Jude Bellingham makes the cut having won 11 tackles at the World Cup so far. The 19-year-old can do a little bit of everything.

Bellingham has been one of England’s best players up until this point and he has received plenty of plaudits for his contributions in the final third, but his defensive work shouldn’t go unnoticed.

In total, the England man has won 11 tackles at an average of 3.06 tackles per 90 which is more than anyone else in the England squad.

Achraf Hakimi also shows up well on the list with 11 tackles won himself at the tournament. Morocco shocked the world when they edged past Spain in a tightly contested round of 16 clash.

The PSG defender scored the winning penalty with a cheeky chip down the middle and he had to be at his best throughout the match to keep Spain out. He made four tackles alone in that clash as Spain dominated the ball.

Born in Madrid he knocks Spain out!! 🇲🇦🇪🇸

Achraf Hakimi wins the penalty shoot-out with a panenka to see Spain out of the competition! 😲#ITVFootball | #FIFAWorldCup pic.twitter.com/QWWynN6821

Funnily enough two of his fellow Moroccan teammates also manage to make the list. Noussair Mazraoui and Sofyan Amrabat each make the cut with eight tackles won each.

As three of their players appear on the list it will probably come as no surprise to learn that Morocco have won more tackles than any other side at the World Cup with 56 won at this point.

Adrien Rabiot has had quite the revival of late and he has put in some excellent individual performances so far. Many feared how France would cope without N’Golo Kante, but Rabiot himself has already won eight tackles.

France themselves have been a well-organised side off the ball and are only second to Morocco in terms of tackles won. Didier Deschamps’ side have won 52 tackles during the tournament so far.

READ NEXT: 10 players with the most dribbles at the World Cup: Messi, Musiala…