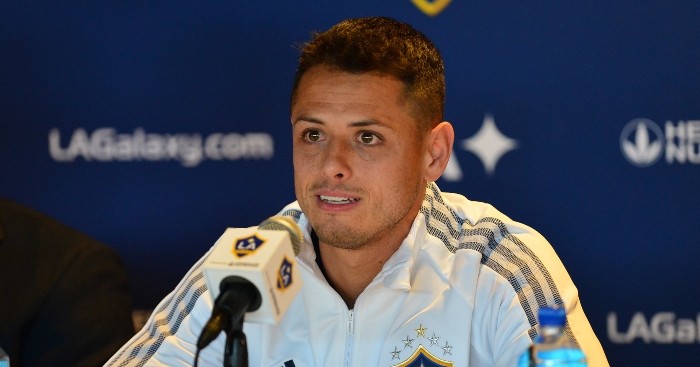 The 2020 Major League Soccer season is the 25th in the competition’s history, and the new campaign will involve some familiar names.

Some of these are on the backroom side, not least David Beckham, but some high-profile players have made the switch as well.

Here are 10 names which might be familiar to English football fans, with many of these players moving to MLS for the first time in the 2020 campaign.

‘Chicharito’ is the marquee signing this season, joining LA Galaxy from Sevilla in a move which already has people paying attention – specifically people who might not have cared as much about MLS without his presence.

The Mexican actually scored once for West Ham in the current Premier League season, as hard as that is to believe, and moved to LA as the Galaxy sought a replacement for high-profile departure Zlatan Ibrahimovic.

Robbie Keane scored more than 100 goals for the club after joining shortly after his 31st birthday. Hernandez is the same age now, so there’s his target.

Hernandez isn’t the only former Manchester United player to move to MLS in this off-season, and indeed both he and Alex Buttner scored in Sir Alex Ferguson’s final game in charge of United.

The left-back has been on a world tour since leaving Old Trafford, taking in Russia, Belgium and his native Netherlands.

Now, though, he’s made the move to Massachusetts to play for the New England Revolution, where he can link up with another ex-Premier League man in Carles Gil.

If talented but frustrating former Premier League left-backs is your thing, you’ve come to the right place.

Insua played 62 times for Liverpool, scoring a belter against Arsenal in the League Cup more than a decade ago. God, we’re old.

Anyway, after stints in Portugal, Spain and Germany – and five caps for Argentina – he’s joined LA Galaxy from Stuttgart for the new season.

On this day in 2009, Emiliano Insua scored his 1st LFC goal ⚽️
Screamer 🔥
Had such high hopes for this lad!

Egbo was one of that generation of young English talents who moved to Germany early in their career, but the London-born defender didn’t enjoy the same levels of success as Jadon Sancho or even Reece Oxford.

The former Crystal Palace youngster played just once in the Bundesliga for Borussia Monchengladbach before spending the first half of this season at Darmstadt in the German second tier.

He’s now moved on again, though, joining a New York Red Bulls side looking to improve on last season’s elimination in the first round of the end-of-season play-offs.

The Dutch forward spent the first half of this season on loan at Hoffenheim, scoring four times, which makes his winter loan to FC Cincinnati all the more surprising.

However, Cincy have big ideas – involving a potential permanent move for Locadia – as they embark on their second MLS season.

Sims spent the end of 2019 in MLS, having moved on loan from Southampton to the Red Bulls, and his deal has been extended until the end of the European season.

It could be a complicated state of affairs, with the Englishman due to leave in the middle of his new club’s campaign, but they’ll be happy to see more of the midfielder after his eight games last year.

When Sims made his Saints debut in 2016, aged just 19, he might have expected to be in the first team shake-up at this stage.

Another arrival towards the end of last season, Bojan finally left Stoke in 2019 to see out the MLS season with Montreal Impact.

This season could be very different, though, with Thierry Henry taking over as manager of the Canadian side ahead of the new campaign.

Montreal will need the Spaniard to be among the goals if they want to reach the play-offs for the first time since 2016.

This is Walkes’ second spell in MLS, but he’s spent some time back in England in the interim.

The Spurs academy product (yes, they did have Walkes, Walker and Walker-Peters on their books simultaneously) spent the 2017 season on loan at Atlanta United before moving to Portsmouth, first on loan and then permanently.

He has now returned to Atlanta, who are fresh off a run to the Conference Finals and preparing for another big season under head coach Frank de Boer.

Taider’s time in England was extremely brief, with his Southampton loan spell cut short in mysterious circumstances in 2014 after just one appearance in a friendly.

The former Inter man hasn’t let that affect him too much, though, impressing at Bologna and going on to star in a two-year loan spell with Montreal Impact.

That loan deal was made permanent in the off-season, while Henry’s squad have also got two Bologna players on loan again for 2020: Lassi Lapalainen and Orji Okwonkwo.

In French, a nutmeg is referred to as a "little bridge.". It's funny, because Montreal has a brand new bridge today!#IMFC #AllezMTL pic.twitter.com/RjGMqVW8AJ

The list is rounded off by another man who has made a loan move permanent, and Hyndman was known to American fans even before the temporary switch.

The midfielder made his US international debut back in 2014 and moved from Fulham to Bournemouth two years later. However, things never really clicked for him at the Premier League club and the midfielder spent the last few months on loan at Atlanta United.

That stint went well enough for the club to pick him up permanently, and he can look forward to linking up with English midfielder Mo Adams in 2020.