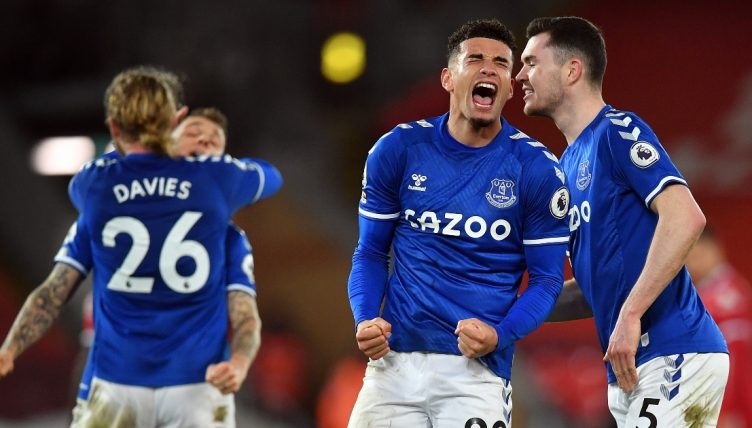 It’s something of an understatement to say that Everton fans have had little to cheer when it comes to matches against Liverpool in recent years, but finally they got a long-awaited 2-0 win at Anfield.

It’s safe to say that it was a genuinely historic result, given the context of how Merseyside derbies have tended to go since the turn of the century. Here are 10 of the best stats and records following the result.

– Everton’s last victory at Anfield was a 1-0 win back in September 1999. Ben Godfrey and Tom Davies, who started in their 2021 victory, were both one-year-olds at the time. Everton had made 23 visits away to their Merseyside rivals since then without a win (13 defeats, 10 draws).

– It was also their first win over Liverpool at all since October 2010 – with 23 unbeaten Merseyside derbies over the past decade for Liverpool. It ended what was their longest unbeaten run against a single opponent.

– Liverpool have lost more Premier League matches at home in the first two months of 2021 than in the last five years combined.

– In the time since Everton’s last prior win at Anfield, Blackpool climbed up from the fourth tier, registered a Premier League win at Anfield, and have since dropped to back down to League Two.

Ilkay Gundogan is the top scorer in 2021 at Anfield, the Etihad Stadium and the Hawthorns.