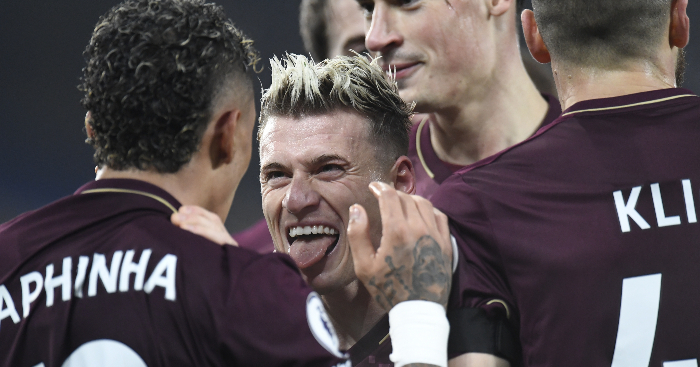 Given the manner in which Leeds United have taken to the Premier League, sometimes you have to remind yourself that they’re a newly-promoted team.

Due to their 16-year absence and the manager’s reputation, Marcelo Bielsa’s side arrived with plenty of hype – and they’re certainly delivering so far in 2020-21

With that in mind, here are 10 standout stats from the season so far.

– Since Bielsa was appointed in 2018, Leeds have kept 42 clean sheets from 102 league outings. No side in the top four tiers of English football has kept more over that period.

– Only Liverpool have taken more shots and shots on target than Leeds so far this season, registering 153 and 54 respectively. No player in the league has had more shots than Patrick Bamford (40).

– Leeds are ranked fourth for average possession in the division with 56.9%. In no game this season have they had less than 50%, including outings against Manchester City and Liverpool, first and third respectively.

Raphinha opens his #LUFC account with a low-drive from 20-yards out! 🎯

– Bielsa’s men have made 205 tackles so far this season. That’s the most of any side in the division. That’s all over the pitch, too – top for tackles in both the defensive and attacking third, and second behind Southampton in the middle third.

– Bamford has registered more in terms of npxG (non-penalty expected goals) than any other player in the division with 7.2. To put that in context, Arsenal’s Pierre-Emerick Aubameyang has registered just 1.6npxG (via FBref).

– Collectively Leeds have registered 17.8 xG. Only Liverpool have more (via Stats Bomb’s algorithm).

– Leeds have registered 113 passes into the opposition penalty area. Only Liverpool have more.

– Of the six Premier League games to have featured the most shots this season, four have been Leeds games.

– Leeds have created 116 chances this season. Six more than Liverpool and Manchester City, who are joint-second (via @LUFCDATA).