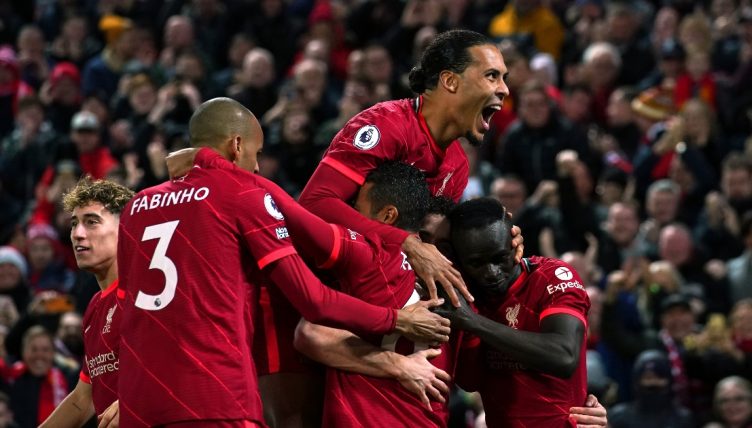 Liverpool were left stewing over the international break after a disappointing 3-2 defeat to West Ham, but they bounced back in style to thrash Arsenal 4-0.

Arsenal haven’t won at Anfield in nine years, but travelled to Merseyside in good spirits after going unbeaten in their last 10 matches – a victory would even have seen them leapfrog Jurgen Klopp’s Reds to move into the top four.

But Mikel Arteta’s men barely laid a glove on the hosts, who produced a supremely dominant performance that’s arguably up there with the best of the Klopp era.

The game got off to a slow start, and Liverpool looked frustrated with Aaron Ramsdale looking in the mood for another exceptional performance between the sticks.

However, the game (and the atmosphere) sparked into life after Klopp and Arteta had a heated argument on the touchline. A short while later, Sadio Mane opened the scoring and from there Liverpool never looked like letting it slip.

Here are 10 of the most impressive stats and records from Liverpool’s superb win.

– The scoreline didn’t flatter Liverpool: 4.3xG to 0.30xG for Arsenal. In fact, there was a bigger gap in expected goals than in their 5-0 victory at Manchester United (1.37xG to 3.74xG) last month.

– Mohamed Salah registered 15 touches in the Arsenal penalty box – the joint-most of any player in any Premier League game this season (via Sky Sports Statto).

– Virgil Van Dijk has still never lost a Premier League game at Anfield whilst at Liverpool. That record has now been stretched to 53 home league games.

– Sadio Mane has now scored eight goals in his last eight home league games for Liverpool, and five goals in his last six home matches against Arsenal. As well as providing a goal and an assist, Mane completed more take-ons (three) and won more fouls (five) than any other player.

– Diogo Jota has scored four goals for Liverpool in three Premier League games against Arsenal. He averages one every 28 minutes.

– With his two assists in the game, Trent Alexander-Arnold has eight assists in his last four starts for club and country. No player in the Premier League has more assists (38) since the start of the 2018-19 season.

Trent Alexander-Arnold for Liverpool vs. Arsenal:

– Salah’s goal was Liverpool’s 100th in the Premier League against Arsenal. They’ve only scored more against Newcastle (105) in the competition (via OptaJoe).

– Nuno Tavares (67) was the Arsenal player with the most touches. By comparison, Van Dijk registered 117, while six of Liverpool’s starting XI registered 70 or more.

– Gabriel Magalhaes registered the most passes for Arsenal (42). Six of Liverpool’s starting XI completed more, with Van Dijk topping the list with 96.