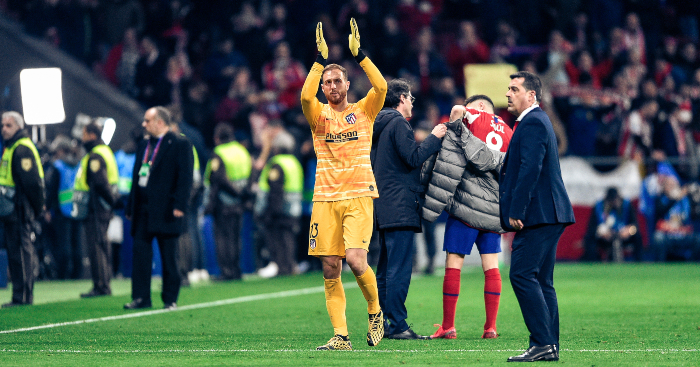 Jan Oblak has established himself as arguably the best goalkeeper in the world since joining Atletico Madrid in 2014.

Oblak arrived in the Spanish capital in a €16million deal from Benfica, making him the most expensive goalkeeper in La Liga history. Despite arriving as a replacement for Thibaut Courtois, he had to remain patient to make his league debut before eventually displacing Miguel Angel Moya in March 2015.

Since then the Slovenia international’s stock has just continued to rise, leading to some quite frankly daft stats regarding his performances.

– Throughout the entirety of his time at Atleti, Oblak has saved 431 of the 537 shots on target he has faced.

– In total for Atleti, Oblak has made 245 appearances, conceded 168 goals and kept 133 clean sheets.

– On average, Oblak concedes a goal just once every 131.75 minutes for Atleti.

"We have a goalkeeper who is the best in the world, no doubt. It's like Barcelona who have Messi. He decides games with his attacking play; Oblak resolves them with his saves."#AupaAtleti pic.twitter.com/dVIO331Vyt

– His 27 Champions League clean sheets put him 11th on the all-time list of goalkeepers with the most clean sheets in the entire history of the European Cup.

– By keeping a clean sheet in 54% of his appearances in the European Cup, Oblak has the second-best ratio of all goalkeepers with the 20 most clean sheets bar former Milan stopper Sebastiano Rossi.

– Only two players – Victor Valdes and Antoni Ramallets – have won the Ricardo Zamora award for the goalkeeper with the lowest goals-to-games ratio in La Liga on more occasions than Oblak’s four.

– Oblak has won La Liga’s Best Goalkeeper award on four occasions, more than any other player.

– His nine saves in the victory over Liverpool at Anfield were the more than any goalkeeper has made in a Champions League knockout game this season.