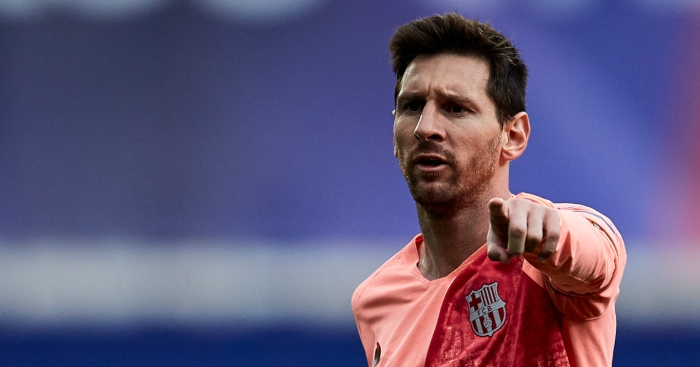 Barcelona have romped to the title in La Liga and are in the Copa del Rey final, with Messi predictably at the heart of all their best moments.

– Messi has topped La Liga’s charts for both goals (36) and assists (13 – level with Sevilla’s Pablo Sarabia).

– Of Barcelona’s 90 La Liga goals this season, Messi has either scored or assisted 54.5% of them.

– In 2,710 minutes of La Liga football this season, Messi averages a goal or assist every 55.3 minutes.

– The Argentine is also the top scorer in this season’s Champions League with 12 goals in 10 appearances.

– By winning the Pichichi award as La Liga’s top scorer for a sixth time, Messi equalled Telmo Zarra’s all-time record which has stood since 1953.

– This has been the fifth campaign in which Messi has scored 35+ goals in La Liga.

– This has been Messi’s sixth season in which he has scored 50+ goals in all competitions.

Lionel Messi has scored 50 goals in all competitions this season 🐐 pic.twitter.com/c4nMd2QzAD

– With 50 goals in 49 appearances, Messi has scored more than a goal a game for the fifth time in his career.

– Of his 49 appearances in all competitions, Messi has scored or assisted in 37 – 75.5% of all the fixtures he has played in.