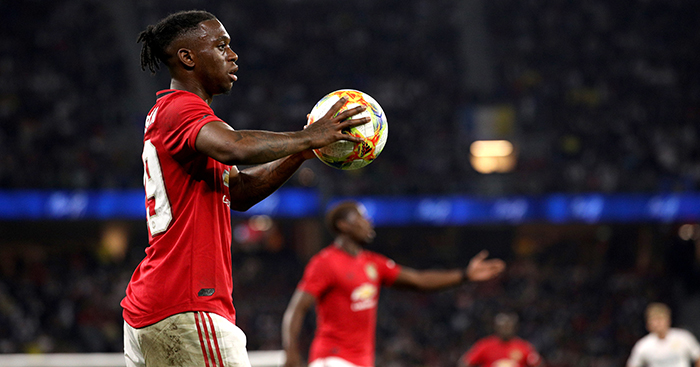 With the big deadline around the corner, you probably think your FPL team is ready. Sadly, that couldn’t be further from the truth.

The Premier League season is only a week away: pre-season games are wrapping up, the Community Shield is imminent and Harry Maguire still plays for Leicester City.

Naturally, it is a period of great anticipation.

Will Man City and Liverpool maintain their high performance levels? What will become of the newly promoted clubs? How will fresh arrivals bed into their new surroundings?

More importantly, though, the proximity of the new season means it’s crunch time for your FPL squad.

You’ve probably been tinkering for a while now, gazing hungrily at the letters ‘NOR (H)’ and weighing up the respective advantages of Robbo and TAA.

Anyone else feeling this confident? 😎#FPL https://t.co/f87hYM8woL

In truth, however, you have already fucked it. You have made all the schoolboy errors. Your captain will blank and your ‘creative’ pick will, undoubtedly, be benched.

You will plummet to the foot of your work mini-league, and you will not — you will NOT — enjoy the opening weekend of the Premier League season.

These are the mistakes you have already made on your FPL team.

1. You think Martin Kelly has a fair chance of picking up points

You call him ‘bench fodder’, but in some pathetic little corner of your heart, you truly think Martin Kelly of Crystal Palace might score you the odd point in an injury crisis.

You know who else thought Martin Kelly was a good reserve? Roy Hodgson, England manager.

And do you know why Roy ‘Iceland 2-1 England’ Hodgson picked Martin Kelly (£4.0m) for his Euro 2012 England squad? Because John Terry was racist and Roy Hodgson was too scared to pick Rio Ferdinand instead.

Sort your life out, pal. Get Diego Rico.

2. You have chosen a poorly constructed sex pun as your team name

Not disputing this as the absolute apex of banter, but you could try something else this year, couldn’t you? Could think outside the box, no?

You are literally staring out of the office window, trying to think of a player’s name that sounds like a penis word.

Do you want to be doing that? Do you?

At the same time, it’s just not going to happen. Really, it isn’t. Ask James Wilson.

Greenwood and at £4.5m his the perfect third striker 👌 #FPL

It’s okay to enjoy a flutter, but you’ve just put £20 on Mohamed Salah, your captain, to score a whole load of hat-tricks at the worst possible odds.

Actually, you’ve just put £20 on *your* Mohamed Salah to score more hat-tricks than everyone else’s Mohamed Salah, or something.

5. You have picked Callum Wilson or Josh King

It’s a known fact, however, that despite Wilson and King’s goalscoring exploits last season (14 and 11), neither player will score while selected in your FPL team.

6. You are one of those weird N’Golo Kante people

Not saying you literally picked N’Golo Kante — although, as usual, more than 10 per cent of managers have done precisely that. You might have picked Nemanja Matic. Or Mateo Guendouzi. Maybe you’ve got your eye on Declan Rice.

Here’s the thing about this.

You might say, reasonably, that it’s only the fair-weather managers picking defensive midfielders in their FPL squads, managers reluctantly drafted into a mini-league to make up the numbers. The ‘set and forget’ brigade.

There’s probably some truth in that.

The thing is though, N’Golo Kante, Nemanja Matic and Mateo Guendouzi aren’t that famous. They’re really famous, yeah, but they’re not, like, significantly more famous than half the players in the league.

Furthermore, if you’ve picked N’Golo Kante (£5.0), a defensive midfielder, you obviously haven’t used the ‘Auto Pick’ function. You have made a tactical choice. You have assessed certain factors and variables, and you have chosen N’Golo Kante for your Fantasy Premier League squad named ‘Tanguy Ndombellend’.

Why have you done that?

7. You have stayed loyal to Aaron Wan-Bissaka

At £4.0m last season, AWB was basically the Martin Kelly for non-dickheads. And for that glorious campaign alone, we’ll love him forever.

Now though, at a hefty £5.5m, and as pretty much the only good defender at Man United, the ‘spider’ is going straight down the water spout.

8. You believe in the ‘new’ Everton

Yeah, Andre Gomes is handsome, but this ‘exciting’ summer STINKS of 2017.

By selling Idrissa Gueye, Everton have just lost the second-best defensive midfielder in the league (you’d have picked him at £5.0, wouldn’t you?), replacing him with Fabian Delph and the basics of football.

Which clubs offer the best early value this season? 🤔

Just checked and it’s actually a list of worthy charities this time, but you might have put the EA Sports logo on your kit, mightn’t you?

10. You think Luka Milivojevic is overpriced

Oh, there’s no way that Wilfried Zaha’s team are going to win that many penalties again, is there?

£7.0m seems a bit steep for a defensive midfielder, doesn’t it? Hmm? Better off pocketing the £2.0m and going for N’Golo Kante, no?

Shut up and wait a minute. 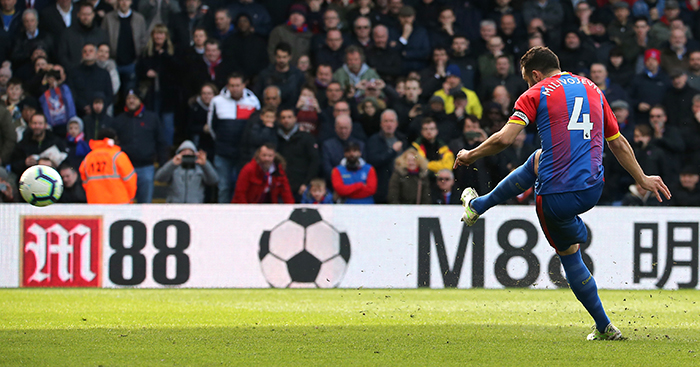 READ: Luka Milivojevic on his penalty secret: I never think I am going to miss

Earlier this year, Milivojevic had some incredibly nice things to say about his manager, Roy Hodgson.

“We are very proud to have Roy Hodgson with us,” the midfielder gushed. “I told him after the game that I dedicate my goal to him because I think he deserves that.

“We are so happy and so proud to have him with us, we can learn a lot from him. He’s the most intelligent manager in my career and all credit to him.

“We’re going to continue to fight for him because he deserves it.”

Given that you, the reader, are also Roy Hodgson (see point 1), don’t you think you should be a bit more bloody appreciative of Luka Milivojevic, who is giving you all the credit and who will continue to fight for you?

Don’t you think you should let him score a penalty for you every bloody match?

Do you even know what’s good for you?