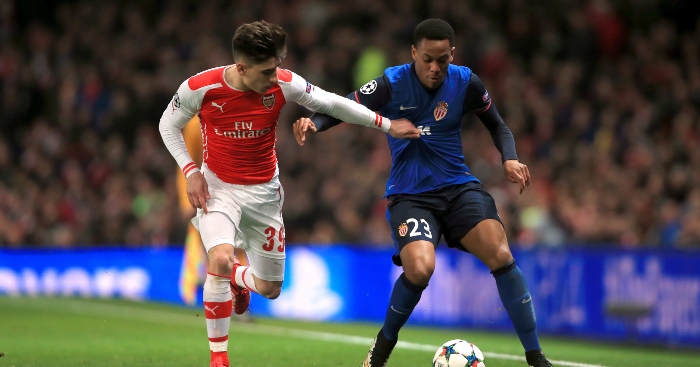 After unearthing some of Europe’s best talents in recent years, Luis Campos has become one of the most wanted sporting directors in football.

Campos has decided to leave his role at Ligue1 side Lille, and Tottenham and Manchester United are reportedly interested in his services.

We’ve looked at 10 of the best players that Campos has helped to unearth during his time at Monaco and Lille.

Real Madrid signed Fabinho on loan from Rio Ave in 2012 on the back of Campos’ advice, but he only made one first-team appearance for the club.

After becoming the sporting director at Monaco in 2013, Campos brought the Brazilian to France and made the deal permanent in 2015.

Fabinho then developed into one of the best defensive midfielders in the world and completed a £40million to Liverpool in 2018.

“He had played only eight minutes for Lyon and they needed the money, so I told my CEO I need this boy,” Campos told Sky Sports in 2019.

“He said, ‘Are you sure he could be a striker for us?’ I said, ‘We need to work with him but I believe he will become the best striker in France.'”

Monaco eventually signed Martial for just £4million in 2013 and sold him to Manchester United for an initial £36million two years later.

The France international won the Golden Boy award in 2015 and has become a key figure at Old Trafford.

Mbappe was already at Monaco before Campos arrived, but the sporting director convinced him to stay and promoted the forward to their B team.

After breaking into the first team, he quickly established himself as one of the most exciting young players in the world.

The France international was sold to PSG for £166million and later won the 2018 World Cup.

Will Kylian Mbappe be scoring goals like this for Real Madrid one day? 🔥pic.twitter.com/I9sBaD1K5D

After spending around €150 million on proven stars including Radamel Falcao, James Rodriguez and Joao Moutinho, Monaco decided to change their transfer policy.

Campos began to target young players with a big resale value and Bakayoko arrived from Rennes in a £7million deal in 2014.

The midfielder established himself as a key figure under Leonardo Jardim as Monaco broke PSG’s Ligue 1 monopoly in 2016-17.

Bakayoko’s performances convinced Chelsea to sign him for £40million, but he is now on loan at Napoli.

Initially signed on loan from Benfica in 2014, Silva joined Monaco on a permanent deal for £13million in January 2015.

He was instrumental in their triumphant Ligue 1 campaign and run to the Champions League semi-finals in 2017 and joined Manchester City for £43million.

“I remember very well the first day of Bernardo in Monaco, he is small and people said, ‘Who is this player?’ He had been playing in the second division in Portugal, the Benfica B team,” Campos told Sky Sports in 2019.

“But he made an amazing season with us. Now he’s a top player in England and one of the top players in the world.”

And at the Stretford End too 🤭pic.twitter.com/nim99vxRcA

Campos helped broker a deal to sign the promising winger from Caen for just £3.4million in 2015.

That proved to be a bargain as Lemar spent successful three years at Monaco and played a key role in their title-winning season.

He then completed his big-money move to Atletico Madrid in 2018, joining the Spanish side for £52million.

Mendy was one of Campos’ last signings at Monaco, joining from Ligue 1 rivals Marseille for £12million in 2016.

The left-back only spent one season at Monaco before joining Manchester City, but the French side made a £38million profit.

Campos became the sporting director of Lille in 2017 and immediately showed that his work at Monaco was no fluke.

Pepe had only contributed three goals and one assist for Angers in 2016-17, but Campos spotted his potential and helped to broker a deal.

The winger scored 37 goals in all completions during his two seasons at Lille before joining Arsenal for a club-record £72million in 2019.

That roll. That finish. 🤭

What a hit by Pepe! pic.twitter.com/41uMPdKhFe

Soumare came through PSG’s academy and cost Lille nothing when Campos poached the box-to-box midfielder in 2017.

The 21-year-old has been compared with Manchester United’s Paul Pogba and is attracting attention from all over Europe.

Newcastle United reportedly failed with a £35million bid for Soumare in January 2020 because he didn’t want to move.

Campos had been following Osimhen’s progress for years before eventually signing the forward in 2019.

The Nigerian scored 18 goals in 38 appearances in all competitions for Lille in 2019-20 before completing a €70million move to Napoli.

“Luis Campos has always played an important role in my life: he watched me during the U17s World Cup in Chile and since then we have never been out of contact,” Osimhen told RMC in February 2020.

“We have a very good relationship and I am very happy, he has helped me and motivated me to become the player that I am today.

“We are genuinely close and I am very happy to know someone like Luis Campos and to be with him day to day and I am delighted to be able to work with him.”