10 stats behind Lewandowski’s incredible and record-breaking 2021 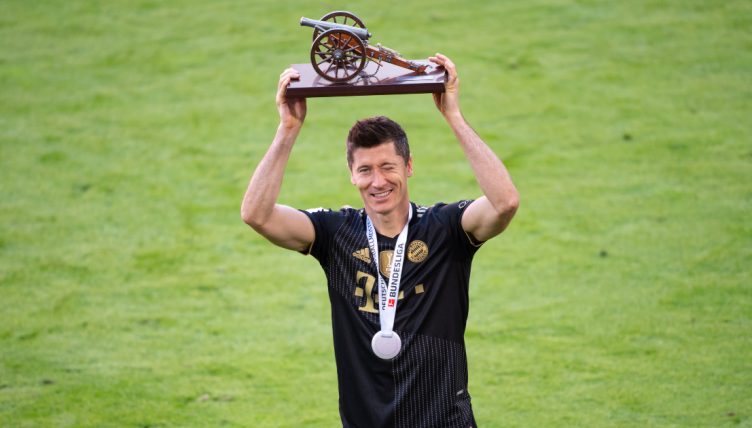 Let’s face it, Robert Lewandowski should have won the Balon d’Or this year. No one, absolutely no one, came close to his record-breaking dominance.

To break multiple Gerd Muller records in one year, who it was readily accepted would never be surpassed in German footballing history, without breaking a sweat is alien-like but Lewandowski did so.

With a month off due to injury, last season he scored the most ever goals, 41, in a 34-match Bundesliga season and in December of this year he surpassed Muller’s annual Bundesliga record, netting his 43rd in the competition this year.

But there’s so much more to say about Lewandowski’s astonishing 2021, and nothing shows it off better than the stats.

– Lewandowski scored a mammoth 69 goals in 2021 across all competitions, matching Cristiano Ronaldo’s best year back in 2013.

– He hit the total in 69 games for Poland and Bayern Munich, meaning that he averaged a goal a game in 2021.

– In fact, he only failed to score in 14 matches across all competitions both for club and country this year. Therefore, he scored in over 76% of the matches he played in.

– In terms of goals per minute, he netted once every 71 minutes he was on a football pitch.

– This year, the next closest scorer to him was Kylian Mbappe who netted 51 times, trailing the Pole by 18. Fellow Bundesliga player Erling Haaland had 49, while Cristiano Ronaldo scored 46.

– Perhaps in the Champions League someone scored more than him, considering that he was injured for the quarter-final defeat against PSG? Nope, his 11 Champions League goals in 2021 were the most of any player, with Mohamed Salah, Sebastien Haller and Mbappe trialing with 10 each.

– Strikers in the modern game have to do more than score and Lewandowski notched up 13 direct assists to his team-mates in 2021.

– And to finish it all off, he scored a hat-trick on five occasions, more than any other player in 2021. Simply out of this world.