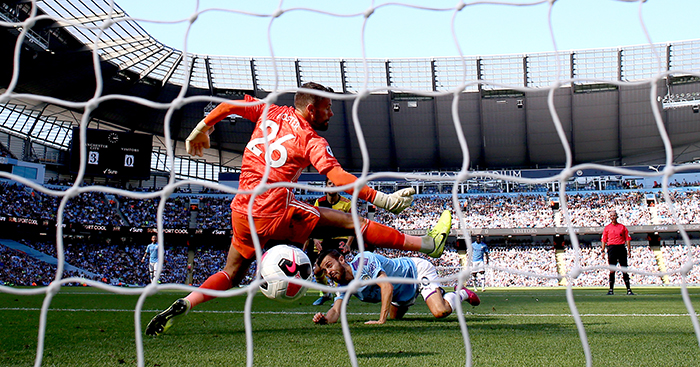 Lo and behold, some current and former professional footballers are as good at FPL as they are at the real thing. Matt Targett is beating you.

Earlier this season we had a look at some terrible decisions made by actual professional footballers on their FPL teams.

But not all real-world players are struggling with their virtual counterparts.

I’ve trawled through some more mini-leagues to find out which professional footballers have a future in (Fantasy) management.

Here are some cracking decisions made by players with too much time on their hands:

1. Bryan Gunn getting everything right

The ex-pro has his son in goal, obviously, and is currently ranked 26,011, which is frankly ridiculous for a man 26 years older than the internet.

Gunn Sr. enjoyed his best week in GW4, triple-captaining Agüero for a total of 105 points. 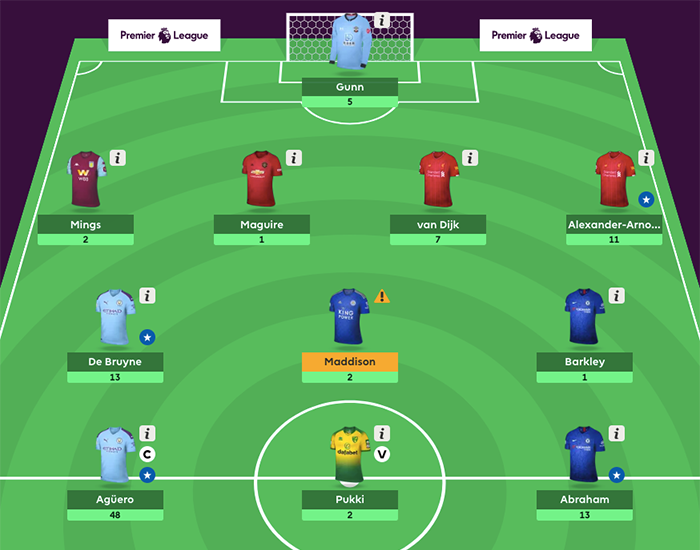 Burnley defenders Kevin Long and Ben Gibson are very much squad players and are yet to feature in the league this season.

Fortunately, that time on the bench has given them time to think about their FPL needs.

In GW1, Long picked three of his defensive colleagues: Nick Pope, Erik Pieters and Ben Mee, who went on to score 28 points between them.

Long scored 97 points that week, and now sits just outside the top 30k. Gibson, meanwhile, went with Pieters and Matt Lowton and somehow ended up with 103 points.

Brighton defender Shane Duffy has occasional central defensive partner Lewis Dunk in his FPL team. And if you don’t find that adorable, you’re beyond saving.

More conducive to points, however, was Duffy’s recent inclusion of Bernardo Silva.

Lots of FPL managers had lost patience with the Portuguese midfielder prior to his hat-trick, but Duffy, now in the top 150k, had other ideas.

Chris Smalling lives in Rome now, which is nice.

But like recognises like, and the kamikaze centre-back duly picked Nico Otamendi for his goal-assist-cleanie star turn against Watford.

Dean Whitehead, who made 234 Premier League appearances over his career, is most famous for having a face squarer than James Milner’s.

He’s also got some knowhow in that cubic noggin.

The first time Whitehead faced Sergio Agüero as a player, for Stoke back in the 2011-12 season, Agüero scored twice as Man City won 3-0.

Then in the 2016-17 FA Cup, Agüero put another brace past Whitehead’s leaky Huddersfield side.

These traumatic events were surely factors in Whitehead’s decision to Triple-Captain Agüero for Man City’s home tie versus Brighton.

The Argentine earned 48 points, contributing to Whitehead’s GW4 total of 110.

7. Matt Targett being on target

I try to mention Matt Targett in every FPL article I write, which is probably really cool and exciting for everyone, but here the former £4.0m defender (currently £4.4m and falling!) actually deserves recognition.

It shouldn’t surprise anyone that Targett is as good an FPL manager as he was an FPL asset, but his GW6 decision to captain Kevin De Bruyne — as well as scoring 10 points apiece off James Maddison and John McGinn — was very savvy indeed.

He sits just outside the top 40k.

Big striker Charlie Austin is having a crap FPL season: his current rank is 3,768,072, even though he’s made six transfers.

But he deserves props (I think?) for his team name, which is ‘frozen out squad’.

For context, Austin was recently exiled from the Southampton squad by manager Ralph Hasenhuttl.

“He must have thought I was a bad egg,” Austin said in a recent interview with Stan Collymore.

9. Ben Foster selling his rubbish team-mates after one match

Ben Foster seems like a level-headed guy, so you can totally understand his decision to Wildcard after just one week.

For GW1, the veteran keeper accidentally picked team-mates Craig Dawson and Etienne Capoue as Watford lost 3-0 at home to Brighton. By GW2, both players had been removed as the Wildcard hammer came down.

Congratulations also to Tom Cleverley and Will Hughes, who wisely benched their Watford defenders ahead of the 8-0 drubbing at Man City.

Or, come to think of it, did the lack of confidence make Kiko Femenia and José Holebas play worse?

10. Bradley Dack on the attack

Blackburn cult hero Bradley Dack believes in total football, and that philosophy is evident in his FPL squad.

He ranked just outside the top 12k for GW6, picking Bernardo, De Bruyne and Agüero for the Watford rout and scoring 95 points.