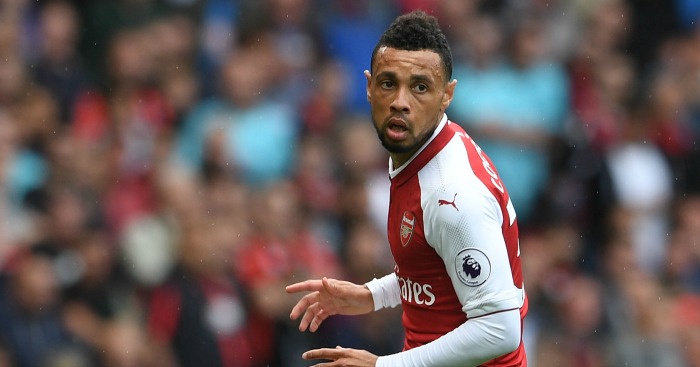 Events involving Arsenal, Leeds United and Manchester United caught our eye this weekend, while a former Liverpool hero was at his mischievous best.

We don’t wish to see any footballer get injured, but it was hard not to be amused by the sheer ridiculousness of Francis Coquelin’s fall as he pulled his hamstring in Arsenal’s win over Bournemouth.

Get well soon though, Francis.

Leeds United had a decent summer transfer window, but it appears one signing had gone somewhat under the radar before their big win over Burton at the weekend.

Bold new signing for Leeds. All we know is he’s old enough to party. 📸: @robconlon25

Former Arsenal favourite Tomas Rosicky was back in Sparta Prague’s starting XI for the first time in 17 years on Sunday as they faced Karvina in the Czech League.

After missing the whole of last season because of injury, the 36-year-old was due some good luck, and promptly marked his return with a goal for his hometown club.

Tomas Rosicky scored in his first start for Sparta Prague after 17 years. pic.twitter.com/8FTmHMCIiQ

Straight out of the Andrei Kanchelskis textbook, the award for the most ludicrous piece of ‘skill’ you are likely to see this month goes to…

Can you make this a skill move on #FIFA18 please, @EASPORTSFIFA? pic.twitter.com/pwh5vjUrNV

Sunderland loanee Wahbi Khazri made an impressive start to life at Rennes with a brilliant debut goal against Marseille on Sunday.

Khazri wanted out of the Stadium of Light following Sunderland’s relegation last term but showed his class to set his new club on their way to a 3-1 win at Marseille.

Gerard Pique may have headed home the fourth goal in Barcelona’s 5-0 win over Espanyol, but Luis Suarez was annoyed the defender thwarted his attempted overhead kick – and promptly gave his team-mate a couple of slaps to punish him.

Maurizio Sarri has turned Napoli into one of the most attractive sides in Europe, and they were at their best on Sunday as they thrashed Bologna 3-0 to continue their 100% start to the season.

A shout-out for Bibiana Steinhaus, who made history on Sunday in becoming the first female to referee to officiate in a top European league by taking charge of Hertha Berlin’s 1-1 draw with Werder Bremen in Bundesliga.

“She was under unbelievable pressure, yet was poised for all the important situations and made the right decisions, that was a confident display,” enthused DFB boss Reinhard Grindel.

“You could see that she has unbelievable experience.”

A true inspiration to all #WomeninFootball – Bibiana Steinhaus makes history on Sunday as she debuts as #Bundesliga‘s first female ref ⚽️🙌❤️ pic.twitter.com/quGdko6HzH

Manchester United’s 2-2 draw at Stoke was eventful to say the least.

As well as the four goals, David De Gea’s save attracted plenty of attention, but Anthony Martial utterly bamboozling Mame Biram Diouf was also a joy to behold. 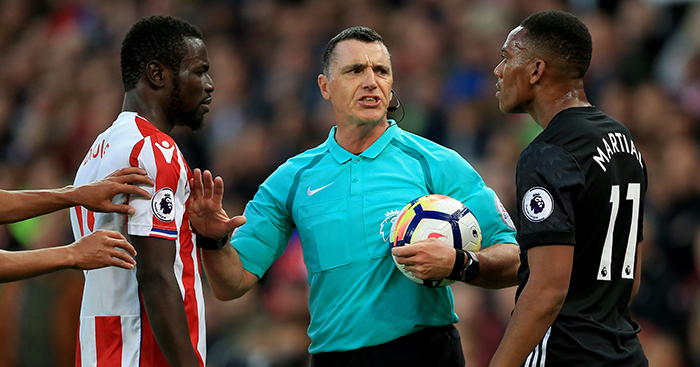 Can you name the last 20 world record transfers?