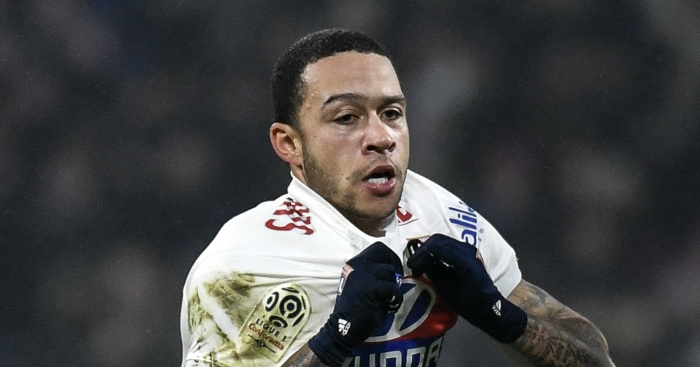 Former Manchester United and Tottenham attackers, Stoke City’s new gaffer and some wonderful self-deprecation from an Everton fan all made us smile this weekend.

Literally the only way to describe this is ‘ping’.

Giannelli Imbula – on loan at Toulouse from Stoke City – found the back of the net in some style against Montpellier. 🙌 pic.twitter.com/qA3jfPl4Td

Don’t worry, your first instinct will definitely be to go, ‘What? That’s deflected.’

Max Arnold, what have you done!? 😱

The swerve on that free-kick is absolutely absurd…

Remember that time Tim Howard scored for Everton and he looked ashamed of himself for embarrassing a fellow member of the goalkeeper’s union in Adam Bogdan?

Yeah, Deportivo Lugo’s Juan Carlos does not care about the goalkeeper’s union.

When a goalkeeper scores a goal normally the opposition goalkeeper misjudges the bounce of the ball.

Not Lugo's Juan Carlos. What a strike this was. No mercy whatsoever to Sporting Gijon's Diego Mariño. (Video via @LaLiga) pic.twitter.com/RrRdI8tC4S

He’s destined to be constantly linked with a move to the Premier League for the next two years.

Leon Bailey is doing some ridiculous things this season 🙌

We’re not saying our editor Homzy is getting carried away or anything, but his new Paul Lambert tattoo looks ace.

That feeling when you wake up after a big Saturday night out and haven't got a hangover #SCFC pic.twitter.com/F8xWDkRU7a

Back in Turkey, back playing football, back scoring brilliant goals.

We’re big fans of a long, sprawling Twitter thread highlighting all the embarrassments of a club’s recent history. Everton’s is a beauty.

Stuck in the middle with you

Speaking of long Twitter threads, this one highlighting the Premier League’s best ever mid-table sides is one of our favourite things of all time.

Charlie Adam being described as the “beer belly Xavi” has made our day.

Best mid table side OAT. You know these lot were gonna fuck up your dawn when you traveled to the Reebok Stadium back in the day pic.twitter.com/zEie7QH7gH

The only way this could have been more ‘Ronaldo-Bale’ was if it was ruled out for Ronaldo interfering with the goalkeeper from an offside position.

Which team ‘parks the bus’ most often in the Premier League?