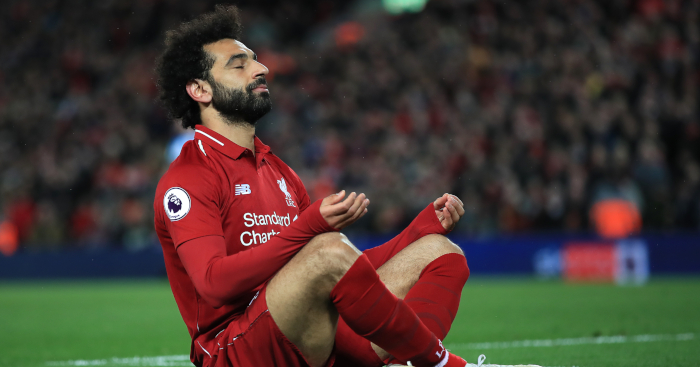 While football remains sorely missed, there were still plenty of moments that brought us joy this weekend.

Whether it be cringe-worthy commentaries or the birthdays of great forgotten goals, we managed to get our fix of football online.

And we’ve rounded up some of the things that caught our eye over the weekend.

This made us genuinely feel quite anxious.

Can’t forget Chris Iwelumo missing an absolute sitter for Scotland and the commentary is brilliant thinking it went in!!! 🤣 pic.twitter.com/Ay92E6ANKV

One touch, volley. The best kind of goal.

#OnThisDay in 1986, Liverpool pipped Everton to the title on the final day, courtesy of this sumptuous Kenny Dalglish volley. pic.twitter.com/DkVBNhaqR2

The Egyptian King isn’t impressed by talk of him leaving Liverpool.

From raising loads of money for charity to taking the time to offer some words of wisdom to Manchester United’s academy players after their season was cancelled. He’s a very good bloke.

To the Academy Players 🗣 pic.twitter.com/PgszKFuatu

As ever, extremely good value.

"We were beating Swansea 1-0 playing lovely football. At HT he goes 'what are you doing?' He holds up a picture of a pitch scribbles out the middle of the pitch and says 'forget that Barca stuff, get it in there'. Then we went and lost the game 2-1"😅

This weekend marked the anniversary of the goalkeeper’s only professional goal. Good penalty, to be fair.

We're not saying L'Equipe's player ratings are wonderfully harsh, but their team of the season features five players who don't even average a six🇫🇷🇫🇷 pic.twitter.com/c0IwIDV36H

Dimitar Berbatov says although critics called him 'lazy’ it was actually all part of his plan.

We were meant to watch that new Michael Jordan thing on Netflix but ended up watching Space Jam instead. If you’re going slightly insane during lockdown and need something to cheer you up, we whole-heartedly recommend it. It’s even better than you remember.

Watched #SpaceJam for the first time in like 20 years. Michael Jordan's acting is still terrible. It's so cheesy, I cringed hard a few times. I also laughed like a giddy kid. I could still recite almost every line. And Bill Murray is still awesome.

Tom Victor is here to make sure you start your week right: fawning over Dennis Bergkamp. 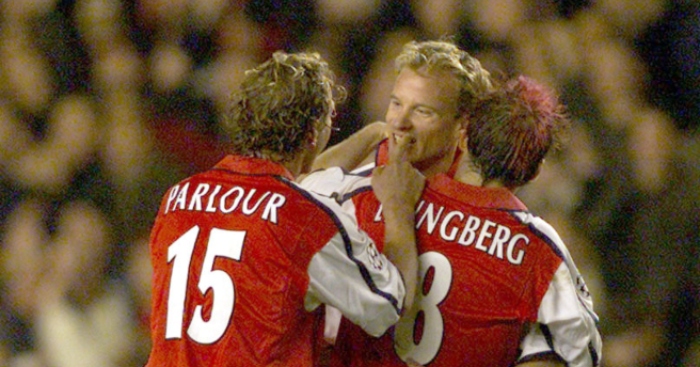 READ: Dennis Bergkamp and an assist that stopped time

‘Simple as f**k’: Berbatov’s sweary commentary on his goals is wonderful

Dennis Bergkamp and an assist that stopped time