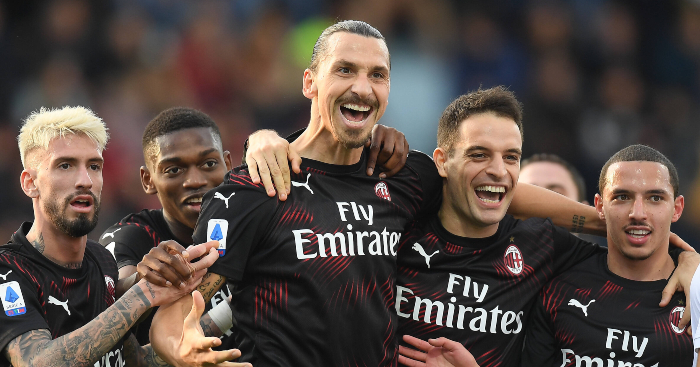 Real Madrid claimed the Spanish Super Cup on Sunday thanks to some incredible sh*thousery, while Liverpool took another big step to ending their wait for a Premier League title.

Starting in Serie A for this first time since returning to Milan, of course he bloody scored.

After netting Milan's second goal against Cagliari away from home, Zlatan Ibrahimovic has now scored a professional goal in 4 different decades (from 1990s to 2020s). pic.twitter.com/wnPYMXAoaR

This amazing run ended with a ruptured ACL. Football is cruel.

One of the best solo runs of the season by Nicolo Zaniolo, which unfortunately ends in a ruptured ACL injury 😞

A 93rd-minute winner from the halfway line? Yes please.

No, not his 81st-minute winner but rather this effort that rattled the crossbar.

Verona-Genoa will kick off 15 minutes late because the lines of the penalty areas are wonky and need re-painting. Serie A in 2020

We just love him, basically.