11 brilliant players Man Utd missed out on under Ed Woodward 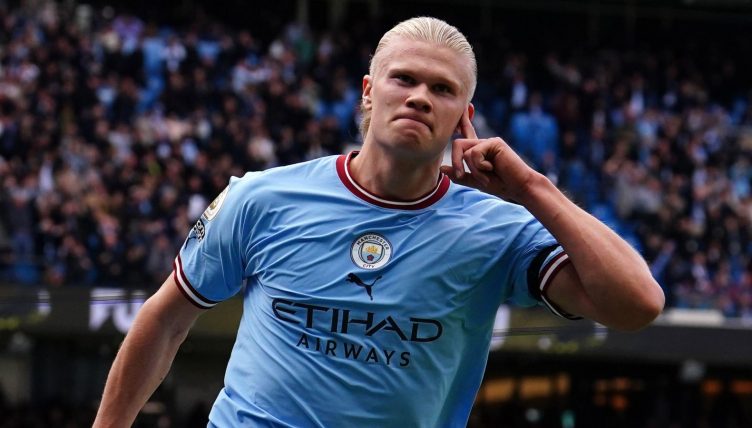 While Manchester United have struggled on the pitch following Sir Alex Ferguson’s retirement in 2013, they also faced plenty of problems in the transfer market.

Ed Woodward replaced David Gill as United’s chief executive in the same summer and came in for heavy criticism from sections of the fanbase during his nine-year tenure at Old Trafford.

We’ve looked at 11 players that United tried – and failed – to sign while Woodward was in charge of their recruitment.

David Moyes was desperate to secure a top-class central midfielder in the summer of 2013 and United launched numerous bids for Fabregas.

Woodward left their tour of Australia to attend to what was described as “urgent transfer business”, but the summer-long saga came to nothing.

The Spain international decided to spend another year at Barcelona before completing a £27million move to Chelsea in 2014.

“Cesc Fabregas, who I spoke to on the phone several times, was not sure of his place in the Barcelona team,” Moyes told BBC Radio Five Live in 2017.

United looked set to sign Thiago from Barcelona in 2013 but a deal failed to materialise and the Spain international joined Bayern Munich instead.

While Fellaini became a figure of ridicule, Thiago is now regarded as one of the best midfielders in the world and was integral to Bayern’s treble success in 2019-20.

The 30-year-old eventually headed to the Premier League in 2020 but arrived at Anfield rather than Old Trafford.

Thiago holding the match ball with "Nos vamos en Manchester" or 'See you in Manchester' written on the bottom left. pic.twitter.com/Qo0U0GsLof

After missing out on Thiago and Fabregas, Moyes lined up a move for Kroos but was sacked before his second summer transfer window.

“I knew before that Manchester wanted me. And Moyes underlined that absolutely,” Kroos told GQ in 2019.

“It was a really nice afternoon with very nice people. We talked a lot about United’s footballing plan which convinced me. In the end, we agreed to do it. We agreed verbally.

“I am not somebody who worries about contingencies. Yes, it was close. I almost went to Manchester United. But it did not happen that way.”

The midfielder eventually penned a six-year deal with Real Madrid that summer and has since won two La Liga titles and three Champions Leagues.

United missed out on signing Bale from Southampton in 2007 and Woodward tried to rectify that mistake six years later.

The Red Devils attempted to hijack the winger’s £86million move to Real Madrid by tabling a £100million bid of their own, according to the Daily Telegraph, but he had his heart set on a move to the Spanish capital.

After lifting the World Cup with Germany in 2014, Hummels was tipped for a move to the Premier League with United keen to secure his services.

The centre-back decided to spend another two years at Borussia Dortmund before joining Bayern Munich, while United signed Marcos Rojo instead.

Louis van Gaal felt that his United side lacked pace and attempted to sign Mane, but they had two bids rejected by Southampton in 2015.

“I couldn’t believe it,” Mane told Super Sport in 2018. “Some teams wanted me – Manchester (United), the wrong team wanted me.”

The winger moved to Liverpool the following year and scored over 100 goals in all competitions while United bristled at the wrong end of the East Lancs Road.

On This Day in 2018, Xherdan Shaqiri came off the bench against Man United and scored two. Sadio Mane scored the other! #LFC #LiverpoolFC #Mane #Shaqiri pic.twitter.com/McDZr7bgdZ

United tried to take advantage of a contractual dispute between Ramos and Real Madrid and tabled a £28.5million bid for him in 2015, only for the defender to ultimately sign a new five-year deal at the Bernabeu.

“There was an offer from United,” Ramos told COPE in 2016. “I considered changing for a while but Real Madrid was always my priority and there were no economic reasons.”

Van Gaal knew Muller well from their time together at Bayern Munich and wanted to bring the striker to Old Trafford in 2015.

But the Bundesliga giants refused to sell him and later revealed they had rejected a bid of €100million for the Germany international.

“Things were serious when Louis van Gaal came in [in 2015], for all sides involved,” Muller told The Athletic in February 2020.

“I could imagine going to Man United then. But the club said, ‘We want you to stay.’ I wasn’t out of contract, that’s why I it was pretty clear-cut in the end. But it wasn’t just a poker game.”

Jose Mourinho identified Griezmann as a leading summer transfer target in 2017 and were set to trigger the €100million release clause in his contract.

Despite United’s interest, the France international signed a new deal at Atletico Madrid after the Spanish side were handed a transfer ban.

According to reports from the likes of The Guardian and Sky Sports, United explored a possible swap deal that would see Romelu Lukaku join Juventus with Paulo Dybala moving to Old Trafford in 2019.

With an agreement seemingly close, the Argentina international reportedly phoned his broker to instruct him to cancel the talks as he’d had a change of heart and no longer wanted to leave Juventus.

“It wasn’t an easy summer,” Dybala told Corriere della Sera in October 2019. “Hearing your name linked to every team and every place, where you don’t want to go, isn’t a nice thing.

“But this is football, even if before the transfer window opened I said, ‘I want to stay here.’ I think it was more important to let [my performances on] the pitch do the talking, even if until the last day no one knew what would happen.”

READ MORE: Where are they now? The Man Utd Xl from Mourinho’s final game, 2018