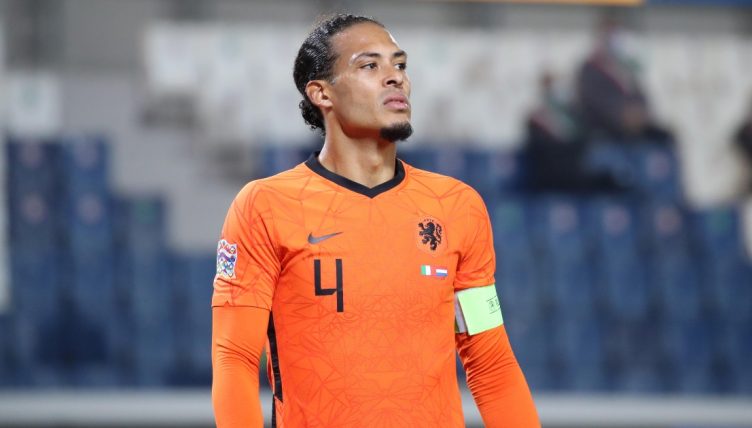 It has felt inevitable for months, but Liverpool‘s Virgil van Dijk has announced he will not play in this summer’s European Championships for the Netherlands.

The centre-back was injured during the Merseyside derby in October 2020 and hasn’t played since. He will undoubtedly be a huge miss for the Dutch in their first major tournament since 2014.

We’ve taken a look at 11 big-name players who have also missed out on a major international tournament through injury.

It wouldn’t be a tournament year without collective angst over the fitness of key members of the England squad.

The build-up to the 2002 World Cup is primarily remembered for the fuss surrounding David Beckham and Uri Geller urging the nation to touch a picture of his injured foot and pray for his recovery.

But it was the loss of Gerrard that terminally hampered England’s chances out in Japan. At 21, he was already the driving force in England’s midfield and scored during the 5-1 win over Germany earlier that season.

After picking up up a groin injury during Liverpool’s final league match, he was ruled out of the tournament and England wilted in the heat against Brazil.

You can’t have an article about international football involving Gerrard without also mentioning Lampard. It’s the law.

Having just won the FA Cup and the Champions League with Chelsea, the midfielder was full of confidence ahead of Euro 2012.

But he suffered a thigh injury in training and was ruled out of a tournament where England huffed and puffed but couldn’t dispossess Andrea Pirlo.

Romario had been Brazil’s talisman during their victorious 1994 World Cup campaign and the world was salivating at the prospect of a Ronaldo-Romario strike partnership at France ’98.

But the legendary striker was carrying a muscular problem in the run-up and was left out of the Brazil squad at the very last minute.

At a tearful news conference at the team training camp east of Paris, Romario said: “This is very sad for me, a big disappointment. This is a very difficult moment in my life. From now on, I will start to give value to other things.”

Brazil would progress to the final before being thumped 3-0 by the hosts. 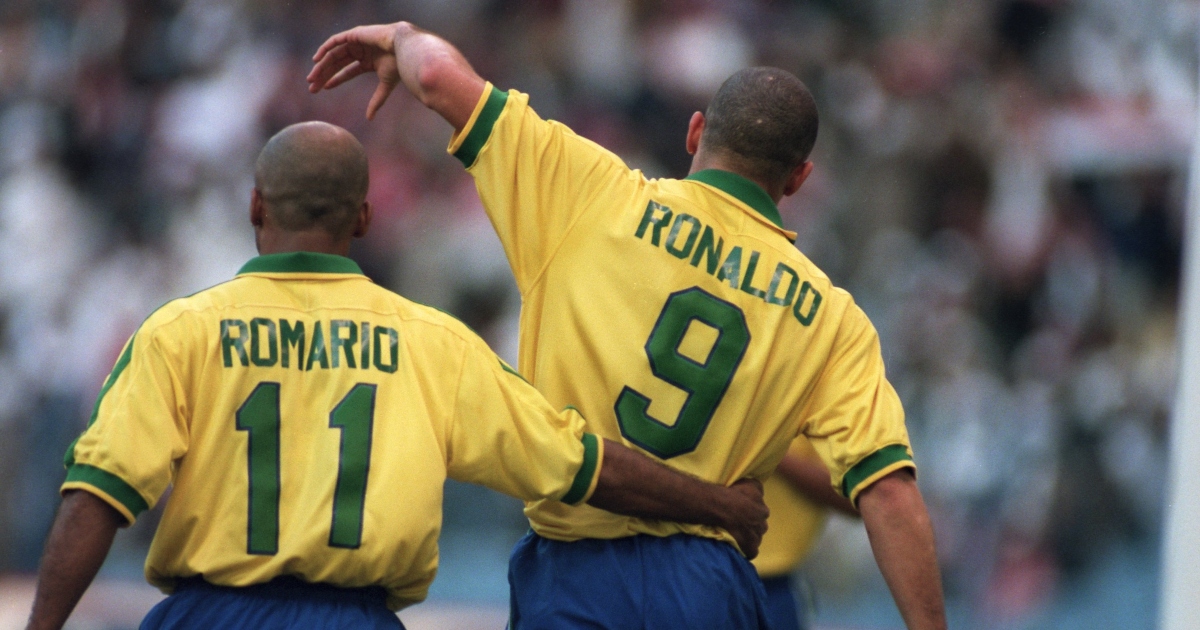 Colombia were widely considered dark horses as the 2014 World Cup loomed into view, balancing physicality with some unorthodox flair.

Falcao scored nine goals during qualifying and was widely regarded as one of the best strikers in the world but disaster struck when he suffered an ACL injury in January 2014.

Despite some initially positive noises, he missed the tournament in Brazil and James Rodriquez took centre stage instead.

Colombia reached the quarter-finals and could have achieved even more if El Tigre had been fit and firing.

While most of this list missed out on tournaments through injuries sustained on the football pitch, Canizares’ absence for a much more memorable reason.

The Valencia goalkeeper was Spain’s No.1 heading into the 2002 World Cup, only to drop a bottle of aftershave inside his hotel room.

This freak incident severed a tendon in his right foot, and he was forced to sit out the tournament. Canizares was never his country’s No.1 again.

Why was that? His replacement was Iker Casillas. 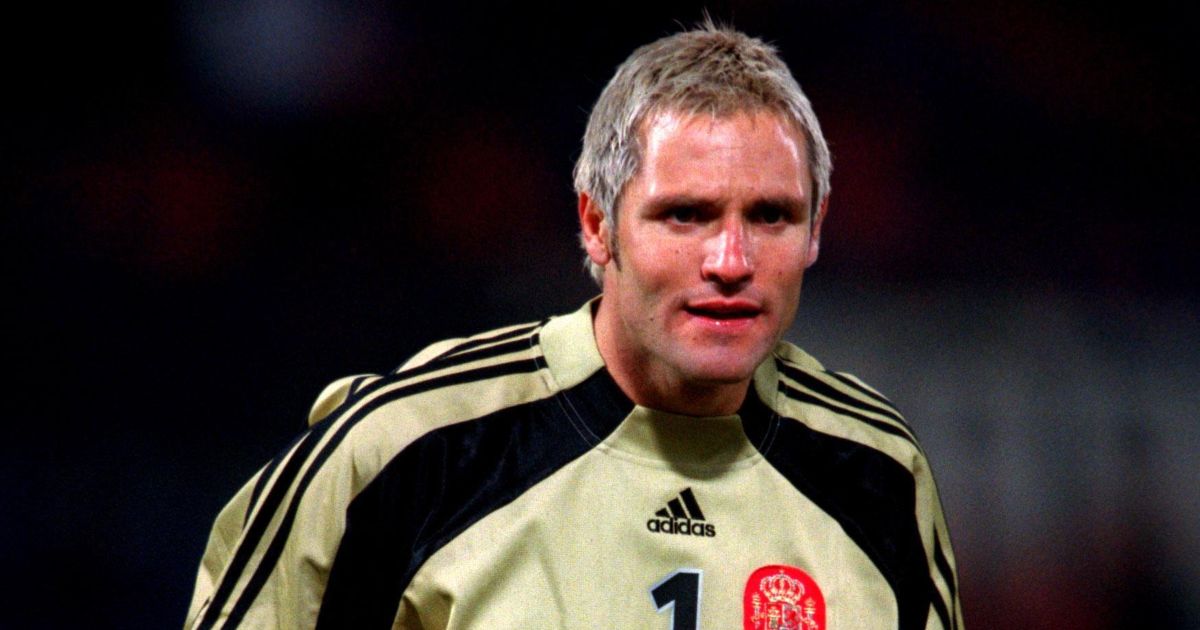 A powerful box-to-box midfielder in his prime, Essien was the heartbeat of a vibrant Ghana side that had high hopes heading into the 2010 World Cup.

Despite clocking up more than 800 minutes in qualifying, the Chelsea man unfortunately failed to recover from a knee injury in time to lead his country in South Africa.

Ghana still impressed in the tournament but Luis Suarez’s elite goalkeeping skills stopped them from booking a historic semi-final place.

When Ballack was stretchered off during the 2010 FA Cup Final, football fans across Germany had their hearts in their mouths.

Their worst fears were confirmed when the talisman of the national team was ruled out of the World Cup in South Africa with ankle ligament damage.

In his absence, Bastian Schweinsteiger was moved into central midfield, Mesut Ozil was given creative freedom and a certain Thomas Muller was drafted into the team.

Germany made the semi-finals and Ballack never played for his country again.

By 2012, Spain were so far ahead of their competition that they won the European Championship without a recognised striker in their starting XI.

Keyboard warriors across Europe may have bemoaned their style of play, but Spain’s tactics were as much to do with necessity as choice.

Villa, their star striker, had broken his leg midway through the 2011-12 season and with Fernando Torres floundering at Chelsea, Spain decided to go full tiki-taka and reaped the rewards. 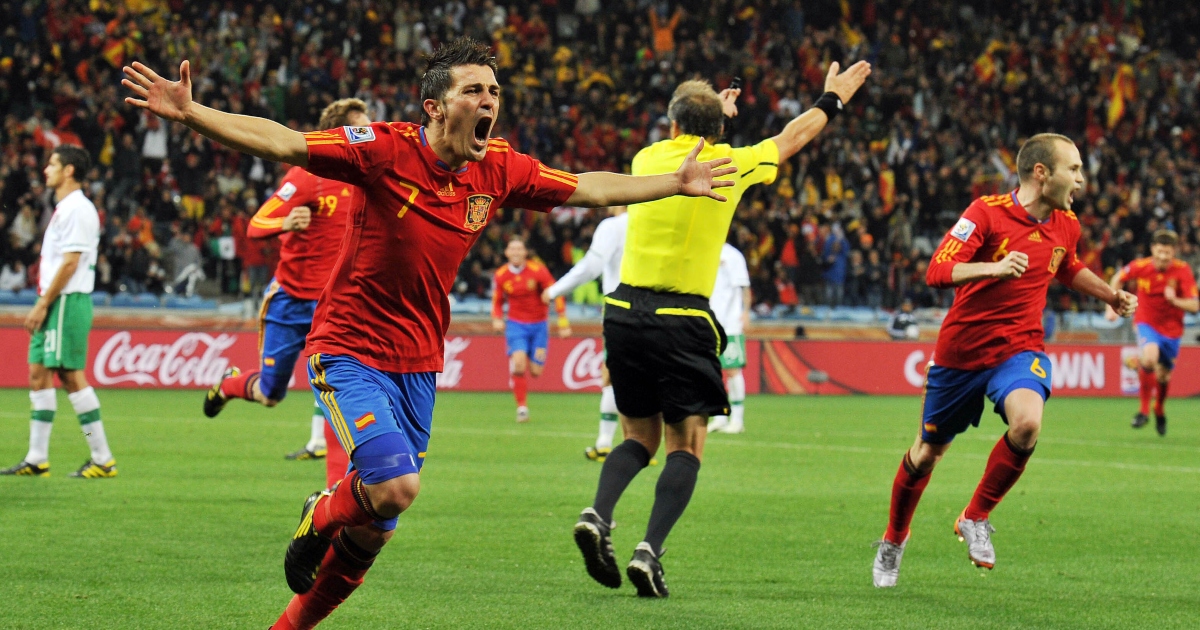 The Borussia Dortmund winger had established himself in the starting XI before Brazil 2014 but was forced to pull out after suffering an ankle injury during their final warm-up game. He then watched from home as Germany won the World Cup.

Reus suffered the same fate before Euro 2016 when a persistent groin problem meant Joachim Low left him out of the squad.

Kompany was an excellent defender but was increasingly injury-prone as his career progressed.

After limping out of a Champions League semi-final against Real Madrid in 2016, Kompany announced that he would miss that summer’s European Championships with Belgium.

“I trust my friends and teammates to do well and do us proud at the next European Championships in France,” Kompany said. “I am now officially their most fervent supporter and I will be there to support them.”

Maybe he would have stopped Hal Robson-Kanu from scoring the goal of the tournament as Wales beat Belgium 3-1 in the quarter-finals.

An iconic goal from Hal Robson-Kanu during the Euro 2016 Quarter Final.pic.twitter.com/XB9j2LmFjA

The knee injury that kept Alves out of the 2018 World Cup was a huge blow to Brazil’s chances of gaining some redemption for that 7-1 defeat.

They entered the competition as favourites but backup right-back Fagner struggled against Eden Hazard during their quarter-final defeat to Belgium. Alves returned to the squad after the tournament and helped Brazil win the Copa America in 2019.

The tipsters at OLBG are experts at predicting events and outcomes of football matches, and they’ll find you brilliant offers as well as the latest odds for England to win the Euros. The Three Lions are the team to beat this year and they’ll certainly be well backed by punters across the continent.

13 players who played on through injury: De Ligt, Fabregas, Ronaldo…