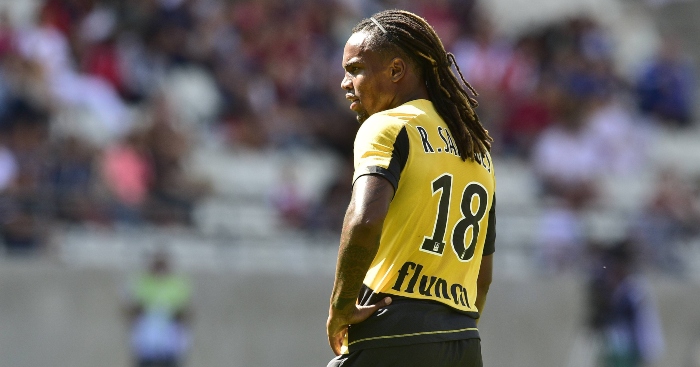 The summer transfer window has finally closed around the rest of Europe, meaning it’s now down to clubs to make the most of what they’ve got at their disposal.

While the Premier League transfer window closed before the start of the 2019-20 campaign, it remained open around the rest of Europe’s major league throughout August.

We’ve rounded up 11 transfers on the continent that may have flown under the radar, featuring seven former Premier League names.

After leaving Manchester City two years ago to join Galatasaray, Fernando has made it five consecutive permanent clubs in different countries by joining Sevilla in a €4.5million move.

The 32-year-old won the Turkish league in both his campaigns with Galatasaray and has now linked up with former City team-mate Nolito in La Liga.

Considered a hot prospect for a number of seasons at Ajax, Dolberg has ultimately struggled to recreate his performance in his debut campaign, when he bagged 23 goals in all competitions.

The striker, still just 21, followed that up with tallies of nine and 12 before joining Patrick Vieira’s Nice this summer for €20.5million.

Best known in England for coming off the bench at Old Trafford to score twice in four minutes as Sevilla knocked Manchester United out of the Champions League in 2018, Ben Yedder was briefly linked with a move to the Red Devils, only to join PSG in a €40million deal.

The transfer represented Sevilla’s record sale, while Rony Lopes moved to Spanish outfit as part of the deal.

It feels like an awful long time ago that Burke joined RB Leipzig in a record deal for a Scottish player as one of the most hyped young footballers in Europe.

A season in Bundesliga was followed by an even more expensive transfer to West Brom, but he has played just 21 times for the Baggies and spent the second half of last season on loan at Celtic.

The 22-year-old has been loaned out again, securing a leftfield move to La Liga side Alaves.

“He needs minutes,” West Brom manager Slaven Bilic told the BBC. “It will be for the season but we can recall him in January. And we haven’t given up on him.

“It would be much easier to say, ‘Listen, you’re staying here to cover ourselves’, but it’s a bit too selfish.”

When Oliver Burke returned to England with Westbrom, he said he German football was a different footballing education and was taught how to press. Hassenhutl describing him. pic.twitter.com/cY8gXeLZZh

We’re actually pleasantly surprised by Clinton N’Jie’s record of 14 goals in 61 Ligue 1 games since leaving Tottenham, which says a lot about Clinton N’Jie.

We’re less surprised to learn he is yet to open his account since joining Dynamo Moscow, a move he celebrated by accidentally live streaming himself having sex on Snapchat.

Once considered the best young player in Europe while a Benfica player, since winning Euro 2016 with Portugal, Sanches has joined Bayern Munich in a big-money move, where his most notable contribution was getting relegated on loan at Swansea City.

After the first Bundesliga fixture of the season, the 22-year-old made clear his desire to leave Bayern and has got his wish thanks to Lille breaking their record transfer fee to sign the midfielder for €25million.

Having spent the second half of the season on loan at Besiktas, Kagawa has permanently ended his second spell at Borussia Dortmund by joining Real Zaragoza, where he will play second tier football for the first time since leaving his native Japan almost a decade ago.

Remember him? One of the thousands of young Arsenal prospects to appear in the League Cup before disappearing?

It has taken all of one season since leaving Arsenal on a permanently deal to join Angers for Reine-Adelaide to become a €25million player by joining Lyon.

After scoring a fuckload of goals for Sporting Lisbon without ever appearing in vogue with the wider footballing world – his three seasons produced 36, 34 and 23 goals in all competitions – Dost has now joined Eintracht Frankfurt, where he will more than likely score a fuckload of goals.

He’s already scored one in one.

It’s official, Bas Dost is back in the Bundesliga with Eintracht Frankfurt 🦅 pic.twitter.com/BLWQX1j46v

Once a Borussia Dortmund – and Football Manager – hero, Subotic spent the last 18 months at Saint-Etienne after injuries had blighted his final few seasons at the Westfalenstadion stadium.

He was heavily involved in France until a knee injury in April ended his season early, and he returned to Germany in the summer to join newly-promoted cult club Union Berlin.

In only his second game at his new club, he was given the opportunity to take on Dortmund and played the full 90 minutes in a shock 3-1 win for Union.

Given Kakuta has joined Amiens on a permanent deal, the 13th move of his senior career, we’re starting to think he really wasn’t worth all the hassle when Chelsea first signed him.