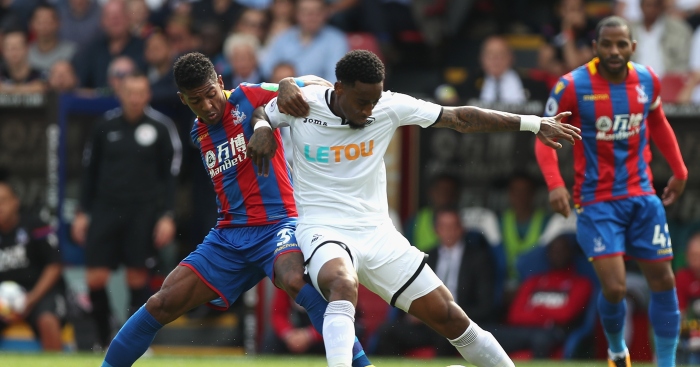 There have been family dynasties in football for as long as we can remember, but sometimes it can completely pass you by that two players are related.

There are some well-known families – from father and son George and Timothy Weah to the Laudrup brothers and De Boer twins, while even Preston North End’s Invincibles of the 19th century boasted two sets of siblings

However, here are 11 sets of fathers, sons, brothers, cousins and half-brothers whose connection you might be less familiar with.

When Leroy Fer moved to England in 2013, joining Norwich City, he wasn’t the first member of his family to play in the Premier League.

His cousin Patrick van Aanholt made his Chelsea debut more than three years earlier, and both were still in the Premier League as recently as 2017-18, when Fer suffered his third relegation from the division.

Two of the most accomplished players for their respective countries, but it may have passed people by that Modrić and Viduka are blood relatives.

Viduka’s father was born in Croatia before emigrating to Australia, where the former Celtic and Leeds striker was born. In fact, the Socceroos international joined Celtic from Dinamo Zagreb – the same club where Modrić began his career. 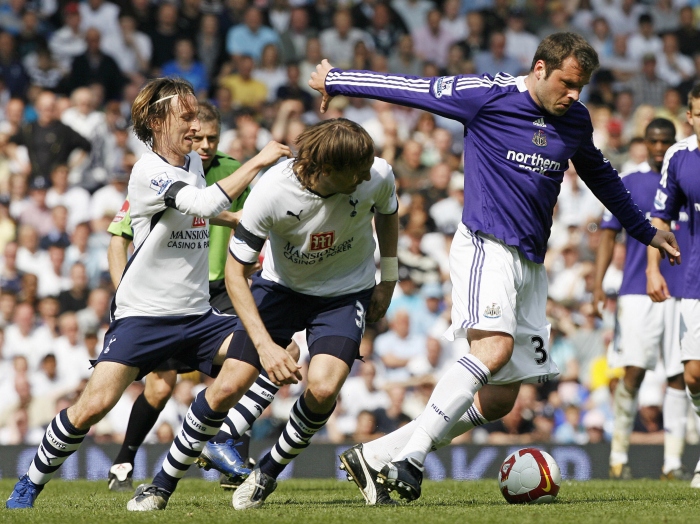 Plenty who have watched Gini Wijnaldum and Rajiv van la Parra in Premier League action may well have done so without realising the Liverpool midfielder and the Huddersfield winger are related.

Wijnaldum’s younger brother Giliano is also a professional player, spending time in Germany, the US and the Netherlands, while the pair are cousins of another set of footballing brothers, Royston and Giovanni Drenthe.

Kaká was once the best footballer in the world, commanding a world record fee when he moved from AC Milan to Real Madrid. Digão… not so much.

The younger brother also began at Milan but played just once in the league and most recently endured a difficult stint at New York Red Bulls – incidentally, a club which has also signed the younger Rooney and Wright-Phillips brothers during the MLS era.

A cousin, Eduardo Delani, flitted around Scandinavia and China after leaving Brazil.

When Didier Drogba joined Chelsea from Marseille in 2004, he will have been able to call on his cousin Olivier Tébily for advice.

A fellow Ivory Coast international, defender Tébily played for Birmingham City in their first season back in the top flight in 2002-03, sticking around even after the club was relegated a few years later.

He also played UEFA Cup football during a stint with Celtic before moving to St Andrew’s.

Gianfranco Zola accomplished a fair amount in his footballing career, winning Serie A with Napoli and going down in history as one of Chelsea’s best-loved players of all time. His son Andrea was slightly less successful.

Zola Jr. was on West Ham’s books when his father was the manager in the 2009-10 season, but the left-back never made a first-team appearance. He was last spotted playing non-league football for Grays Athletic.

Another father-son combo with contrasting careers, Romarinho was – along with Bebeto’s son Matheus – one of the brood of the 1994 Brazil World Cup-winning squad.

Just like his father, he started out at Vasco da Gama. After that, though, the paths diverged.

Romarinho was born in Barcelona during his dad’s 30-goal season with the Catalan club, but his own footballing travels have been limited to a single season in the Japanese second tier. He’s now back in Brazil, at Serie B club Figueirense.

This is surely the only example of four family members playing in the Premier League within the space of a decade.

Manuel was first up, spending time at Portsmouth and Everton (for whom he scored a memorable goal against Manchester United), before cousin Gelson moved to Manchester City in 2007.

It was a few years before another cousin, Cabral, joined Paolo Di Canio’s Sunderland, while Edimilson – the youngest cousin – is currently on loan at Fiorentina from West Ham. 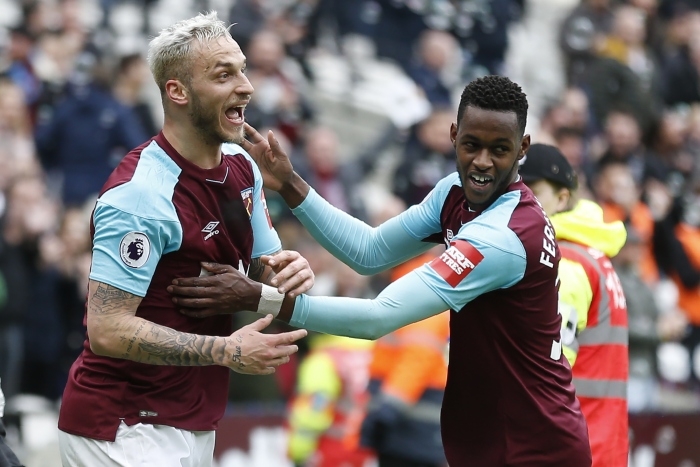 The Boatengs aren’t the only siblings to represent different countries at international level. There’s also Thiago and Rafinha, Jonathan and Julian de Guzman, and – as you might not have known – the Cort brothers and their half-sibling Loftus-Cheek.

The England man is related to Carl and Leon Cort, who both represented Guyana, on his father’s side. Carl played in the Premier League with Wimbledon and Newcastle, while Leon had two top-flight seasons with Stoke City and Burnley.

If Tottenham can make an unlikely run to the Champions League final, Victor Wanyama won’t be the first member of his family to be involved in the fixture.

His older brother, McDonald Mariga, was on the bench for Inter’s 2010 victory, having joined the club a few months earlier, and last played for Real Oviedo in Spain’s second tier.

Remember Bobby Mihaylov, the Bulgaria keeper who was bald during the 1994 World Cup and then extremely not bald when he rocked up at Reading a year later?

Well, his son Nikolay – just a few years older than his old man’s new hair, has carved out a solid enough career for himself.

Nikolay actually spent a few years in Liverpool’s reserves, but you’ll probably remember him best for playing for Twente against Tottenham in the Champions League back in 2010.

11 times fathers and sons linked up on the field: Cruyff, Ince, Maldini & more

Can you name every Brazilian player to appear in the Premier League?