Mason Greenwood has enjoyed a sensational breakthrough season at Manchester United – and the records continue to stack up.

Alan Shearer has already talked him up as someone who could beat his Premier League goals record, while Phil Foden, team-mate of Sergio Aguero, has described the 18-year-old as the best finisher he’s ever seen.

Here are some of the most impressive stats, records and milestones to sum up Greenwood’s remarkable achievements so far.

– With his goal against West Ham, Greenwood became only the fourth teenager to score 17 goals in a single season for Manchester United, equalling the mark achieved by George Best, Brian Kidd and Wayne Rooney with plenty of games remaining to beat it.

– Only two players in United’s post-war history have scored more goals in all competitions than Greenwood before turning 19: Norman Whiteside and George Best. Greenwood has until October to score the nine he needs to surpass Whiteside’s tally of 26 goals. They came from 108 games; Greenwood has played only 50 so far.

– Greenwood’s goal against West Ham was his 10th in the Premier League for the season, moving him past Wayne Rooney’s best season (9) as a teenager back in 2003-04.

– Greenwood made his United debut as a late substitute against PSG in the Champions League in March 2019, becoming the second youngest player to represent the club in Europe behind Whiteside.

– He then became their youngest ever Premier League starter on the final day of last season against Cardiff City, aged 17 years and 223 days.

– In September 2019, Greenwood became United’s youngest goalscorer in European competition when he netted against Astana, aged 17 years and 353 days.

– He also became the first player born in the 2000s to score for the club.

– Only two teenagers have played more minutes in the Premier League this season, Bukayo Saka and Max Aarons, who turned 20 in January. 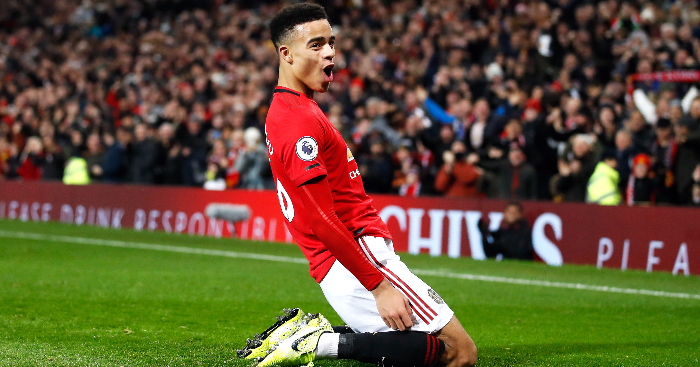 – Greenwood has made 19 Premier League appearances as a substitute this season, more than any other player, putting his goals record into perspective even more. Indeed, only Pierre-Emerick Aubameyang has outperformed his xG more in the league.

– With Greenwood following in the footsteps of Marcus Rashford and Anthony Martial, this is the first time since 2012-13 that United have had three players score 15+ each in all competitions.

– United have at least two games remaining v Leicester and LASK, and almost certainly at least one more given they hold a 5-0 advantage from the first leg of the Europa League tie. If Greenwood can score three more goals it’d be the first time United have had three players reach 20 for the season since 1964-65.