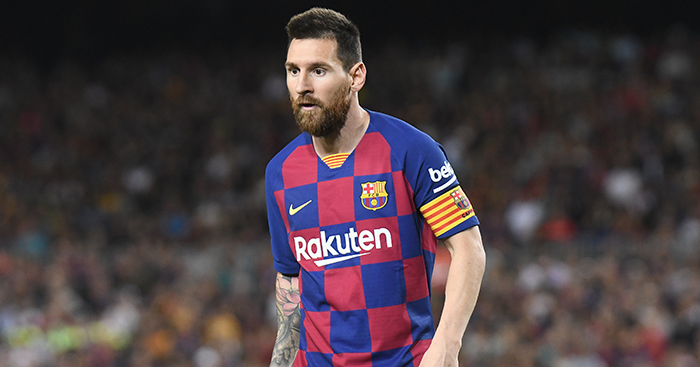 Despite being 33 years old, Barcelona‘s Lionel Messi has shown no signs of slowing down and has continued to set new records in 2019-20.

Messi couldn’t stop Real Madrid from winning the La Liga title, but he has still enjoyed another brilliant season on a personal level.

– With 21 assists in 2019-20, Messi overtook Xavi as the player with most assists in a single La Liga season.

– The Argentina international became the first player in the history of La Liga to record 20 goals and 20 assists in a single season.

20 goals and 20 assists in a single league season this century:

– Messi now holds the record for the most individual La Liga Player of the Month Awards, with seven.

– He has become the first player to score 20+ goals in 12 consecutive La Liga campaigns.

– In February 2020, he became the first footballer in history to officially hit the 1000 mark for combined goals and assists.

– The 33-year-old made his 43rd appearance in an El Clasico contest in 2020. No Barcelona player has made more appearances against Real Madrid.

– With his goal against Slavia Praha in October 2019, Messi became the first player to score in 15 consecutive Champions League campaigns, dating back to the 2005-06 season.

– He has now scored against 34 different teams in the Champions League, more than any other player in the competition.

– Messi became the first player in the history of Spanish football to reach 500 wins after Barcelona beat Leganes in January 2020.

– The forward broke Cristiano Ronaldo’s record of 34 La Liga hat-tricks with a treble against Mallorca in December 2019, and he’s since moved his total on to 36.