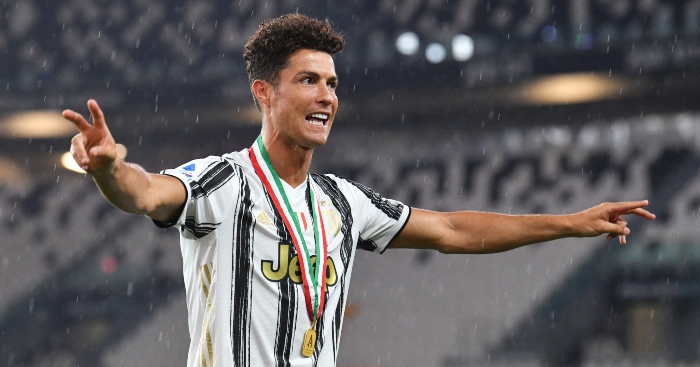 Cristiano Ronaldo is regarded as one of the greatest players of all time and the Juventus forward continues to break records at the age of 35.

Ronaldo’s heroics weren’t enough to save the Serie A side from an early Champions League exit at the hands of Lyon, but he has still enjoyed another brilliant season on a personal level.

– Ronaldo broke Juventus’ all-time record for most goals scored in a single season, scoring 37 goals in all competitions in 2019-20.

– He became the fastest player to score 50 Serie A goals, reaching his half-century in just 61 league outings for the Bianconeri.

– The Portugal international became the first player to score 50 or more goals in the Premier League, La Liga and Serie A.

🇵🇹 Cristiano Ronaldo is a machine.

• First player in history to score 50+ goals in the Premier League, La Liga and Serie A.

• Fastest player in history to reach 50 Serie A goals – in just 61 games.pic.twitter.com/pJ0bcP6gMZ

– Ronaldo is the first player to score 30 or more goals in a single season in three of Europe’s top five leagues.

– He has now reached double figures for the 15th consecutive season, something no other player has done in Europe’s top five leagues.

– The 35-year-old scored in 11 consecutive Serie A games earlier this season, equalling the record set by Gabriel Batistuta and Fabio Quagliarella. He is also the first Juventus player to achieve that feat.

– After scoring three goals against Cagliari in January 2020, he became the first Portuguese player to score a hat-trick in Serie A history.

– He is now one of only two players to have scored a hat-trick in the Premier League, La Liga and Serie A.

– The Juventus forward has moved ahead of Rui Costa as the Portuguese player with the most goals in Italy’s top flight.

– Ronaldo’s brace against Lyon meant he is just the third player to score a Champions League goal against a specific opponent with three different clubs.

Absolute magic when Juventus needed someone to step up 🔥

This is what Cristiano Ronaldo does 😤#Club2020 pic.twitter.com/pN9xiMgN7n

– He is the first player to score 10 or more Champions League goals for three different clubs.