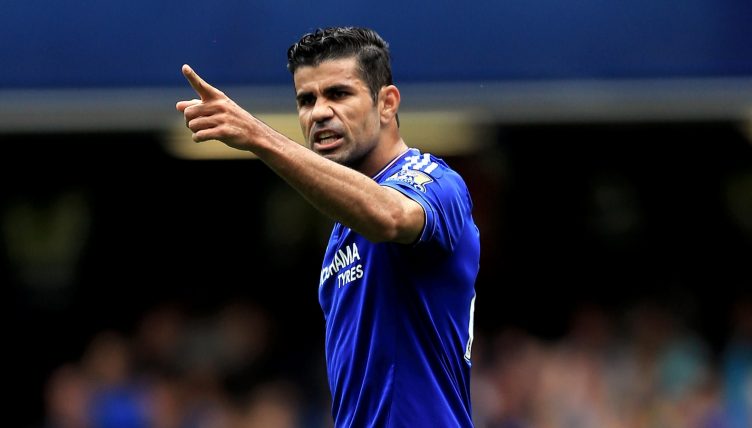 Former Chelsea striker Diego Costa has earned a particular reputation during his football career, and that is one of simply being a b*stard.

The 33-year-old has just made a sensational return to the Premier League as a stop-gap solution for injury-stricken Wolves. It’s a bloody brilliant transfer, if only because he’ll be pure entertainment however well it turns out in terms of actual football. Premier League defences, beware.

We’ve taken a look through the archives back at some of the best and most memorable times Costa pulled his most profound levels of bastardry.

Where better to start? Who could forget Costa’s ridiculous antics in this game against Arsenal, getting opponent Gabriel Paulista sent off for absolutely nothing?

The striker got a retrospective ban for his actions.

Just months after Ramos riled Liverpool fans and the rest by injuring Mo Salah in the Champions League final, Costa got one back on the Real Madrid defender in the UEFA Super Cup, with this sly kick in the head.

You know what? I always rated Diego Costa, and it’s definitely not just because he kicks Ramos in the head 3 months after the CL final. pic.twitter.com/gqToBa7JxI

Benfica vs Braga, 2007. A young Diego Costa showing fans just what to expect of him in the future.

Imagine doing this to such a lovely man. At least Xabi comes away unscathed, and his reaction is pretty good to be honest.

There’s a lot of love for Gareth Barry here in the office, so we’re never happy to see our man treated so poorly. Shame on you, Diego.

Costa was even at it on the sly at the World Cup.

Incident #1191 of Diego Costa being a bastard: pic.twitter.com/gHORN12dXo

Another retrospective ban was on its way after this sly stamp on Liverpool midfielder Can.

And he even tries it with the non-playing staff.

We’re not sure what anyone, least of all Costa, gets out of this.

The Battle of Stamford Bridge

Surprisingly, Costa wasn’t overly involved in the antics surrounding the “most shameful game in Premier League history”, but he did manage to get Jan Vertonghen booked.

Costa elbows and headbutts Jan but Vertonghen gets the yellow. Hmmmm?? @FA pic.twitter.com/8DVn6KQEEr

Fazio doing what so many centre-halves have dreamed about, here.

READ NEXT: The 20 players with the most red cards in Premier League history