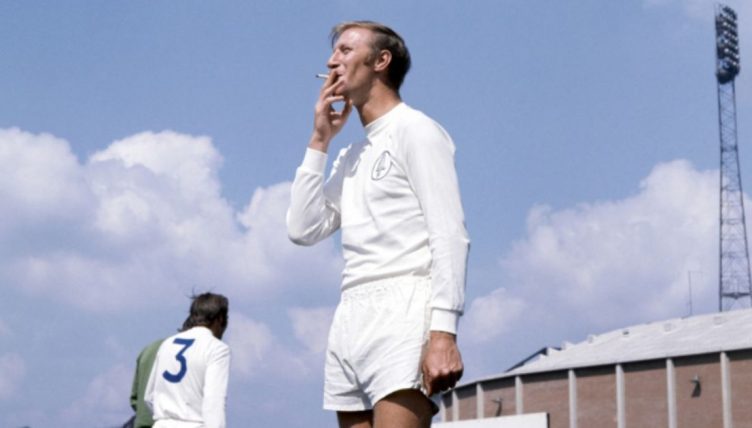 There are few former footballers we would have liked to have gone for a pint with as much as Jack Charlton.

A legendary defender for both Leeds United and England, Charlton became revered in the Republic of Ireland for his work as manager of the national team – both on and off the pitch.

We’ve taken a look at some of the best quotes and stories about big Jack.

“We probably got on better with the likes of Holland, Belgium, Norway and Sweden, some of whom are not even European.”

Charlton, much like Bobby Robson, was famously never too good at remembering players’ names.

According to Alan McLoughlin, during a game with the Netherlands, Charlton told Mick McCarthy to “stay tight on Van Cleef”.

“Mick had to tell Jack that Lee van Cleef was a dead Hollywood film star!” McLoughlin writes in his autobiography.

"There's something about Jack Charlton that makes me want to play for him. He could be the manager of Swaziland and I'd have jumped at the chance to play for him that night we (first) spoke… The man is infectious."
— Jason McAteer

On a similar theme, Chris Waddle recounted to the Daily Mail a tale of how Charlton named Newcastle’s starting XI for George Reilly’s debut.

“And he started to click his fingers as he looked at George Reilly.

“And he said, ‘…and up front…erm…erm…erm…what’s your name, son?’ Still clicking his fingers.

“George Reilly looked at the rest of us as if to say, ‘Is he serious?’

#OnThisDay at Italia 90 a goal from Italy's Toto Schillaci sent Ireland home from the World Cup. This story about Jack Charlton's response to the defeat is well worth your time… pic.twitter.com/KQ9ZoBGH3G

At his first press conference as Republic of Ireland boss, Charlton said to the former international and outspoken pundit: “I know you. You are a trouble maker. I’m bigger than you.”

Towards the end of his reign, when Dunphy called on the manager to resign, Charlton said: “My refusal to answer questions from Dunphy was the biggest mistake I ever made. I made Eamon very, very famous.”

After the penalty shootout victory against Romania at Italia 90, Charlton said: “I started smoking again. I hadn’t smoked in about two years.”

We’re starting to suspect Maurizio Sarri may have been at that game.

Jack Charlton on the cover of his new solo album NORTHERN!

None of your fancy pianos on this album, just big Jack, a guitar and a bloke on the spoons in the background.

After a 3-0 loss to Portugal, Charlton asked the media during his post-match press conference: “Can we go now, please? I’d like a beer.”

As John Aldridge told The Mail, if Charlton caught one of his players drinking a glass of coke, he would reprimand them: “What are you drinking that sh*t for? Guinness is better for you.”

Charlton substituted Houghton during a 1994 World Cup qualifier against Northern Ireland, much to the midfielder’s disgust.

“Man United have shops all round the world. It’s a big money-spinner, plus the fact that they change their strip every five minutes.”

“Nothing is given to you. You’ve got to work for it.”