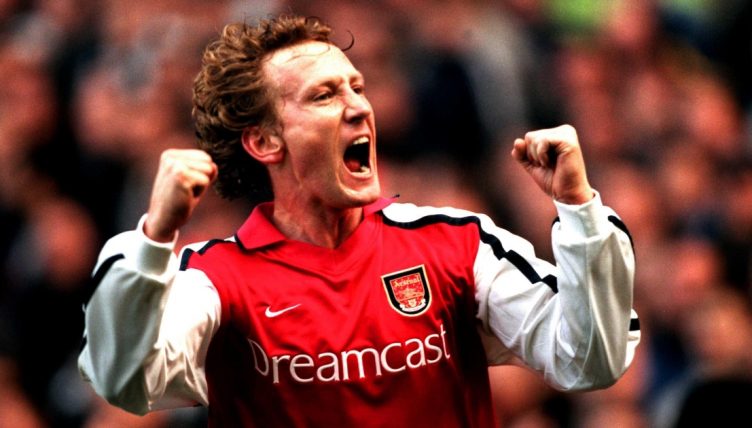 Ray Parlour won nine major honours and went a full Premier League season unbeaten as a player for Arsenal – and most importantly he has plenty of incredible stories about it all.

The midfielder, nicknamed the “Romford Pele”, is a regular on talkSPORT and often has us in fits of laughter listening to some of the crazy things that went on during the 90s and 2000s.

We’ve picked out some of our favourite stories…

In 2002, Arsenal completed the Double as they won the Premier League and FA Cup.

Parlour scored in the cup final and has since recalled the few days that followed – including an away game against title rivals Manchester United.

Ray Parlour was a superb midfielder, underrated throughout and beyond his playing days. Fortunately for us all, if there’s one thing besides football he‘s equally adept at it’s storytelling. Enjoy this one, won’t you.

The centre-back certainly had an eventful trial.

Martin Keown knows how to hold a grudge.

Right on the sauce

A long flight to South Africa, a sleeping manager and a training session a few hours after landing. What could go wrong?

When Parlour spotted two of his Spurs-supporting mates at White Hart Lane, he thought he’d have some fun…

You can hear Tottenham v Arsenal live on talkSPORT tomorrow from 12:30pm 📻 pic.twitter.com/Pbu9UjcJkw

We bet Arsene Wenger never listened to Parlour or Dennis Bergkamp ever again after this.

😡 “@MartinKeown5 never liked a CB coming in on trial.”

👌 “We were trying to wind Martin up saying Igor was unbelievable.”

🤦‍♂️ “Wenger was listening, didn’t realise what we were doing & bought him!”

If this teaches us one thing, it’s to always be ready. But free beer is never something to turn down.

Fergie even managed to get George Graham to break his own strict rules.

“George Graham had been drinking with Sir Alex and couldn’t walk!”

Ray Parlour with another classic story from his days at #Arsenal… 🍺🚎😂

What a plant pot

As if they thought no-one would notice.

“You guys can do whatever you want tonight.” This was only ever going to end one way.