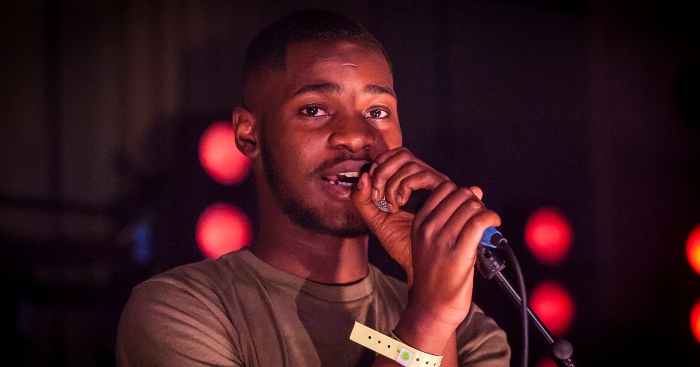 When grime artist Dave invited a fan stage at Glastonbury, most people’s eyes were drawn to the impromptu performance from 15-year-old Alex.

Not us, though. We were instead excited by the prospect of a wave of football-related lyrics going viral, not that Dave – an Ivor Novello Award winner, no less –  is small-fry.

His hit ‘Thiago Silva’ is packed to the gills with nods to some of the world’s best players, but he’s not the only musician to go that way.

That’s right, the reference to Thiago Silva is one of three nods to footballers, along with a mention of Sergio Agüero (‘If I bang man’s face, man bop, then lean/Kun Agüero, man dropped the shoulder feint once’) and Kaká’s move to Orlando City.

Elsewhere in Dave’s back catalogue you can find mentions of Chelsea men past and present Alexandre Pato and N’Golo Kanté, among others.

“Oh God how wonderful it is/Crossing bridges in the mist/Øresund across the Tejo/Behind on aggregate away/But Benfica still went through/And we still spent an afternoon/At the Gulbenkian museum/Sharing stories in the shade, oh what a day”

Co. Durham band Martha are big football fans, but the references to the beautiful game aren’t especially free-flowing in their music. We did find this, though, about a trip to Lisbon and a Benfica cup game that we can’t identify.

“When I get the ball, I know where to put it/I’m a don like Frank Rijkaard and Ruud Gullit”

Wiley is known as the Godfather of Grime, so it’s fitting that he pays tribute to two of the godfathers of Dutch football.

As a Spurs fan, he must have been conflicted when his team eliminated Rijkaard’s old club in the Champions League.

LC!’s album ‘No Blues’ is packed with football references, with Tony Yeboah, Antonin Panenka and Joseph-Desire Job all featuring (not on vocals, that would be ridiculous), but the reference to Guttman is the highlight.

The Hungarian manager, whose European curse on Benfica still reigns supreme, is the perfect fit for the English band’s brand of misanthropy.

We could have chosen any number of HMHB lyrics here, but the reference to the now-defunct Czech club is probably their most famous.

The song in question covers Subbuteo, European football and unemployment benefits, while few others can muster even two. Oh, and one of the teams faced by Manchester United in their 1983-84 Cup Winners’ Cup run.

Slowthai’s ‘Nothing Great About Britain’ is one of the best debut albums of 2019, and also the only one we’ve been able to find that references Stoke City centre-back Ryan Shawcross.

Coincidence? We think not.

Oh, you thought there would be only one Stoke City reference in here?

One rung higher than Sven Sven Sven in the ‘tributes to managers’ category, but that’s not saying a lot.

The Fall – Theme From Sparta F.C.

Not a reference to the real Dutch or Czech teams, but to a fictional Greek one. Yeah, we’re not sure either.

Mark E Smith always enjoyed a nod to football. Kicker Conspiracy features references to Jimmy Hill, Kevin Keegan and the verse: “In the booze club, George Best does rule/How flair is punished/His downfall was a blonde girl/But that’s none of your business!”

James once recorded ‘Sit Down’. Lionel Messi has sat down countless goalkeepers. This was inevitable.

Stormzy – Know Me From

“I come to your team and fuck shit up, I’m David Moyes”

Stormzy was a Manchester United fan long before he was headlining Glastonbury (he’s from south London, who else did you expect him to support?), and made his feelings about their former manager clear.

It was one of a couple of football references to break into his Pyramid Stage set, with the 25-year-old namedropping Gerard Piqué and Dimitri Payet in ‘Return of the Rucksack’.

“My whole team on fire/White kit, see the girl dem admire/I used to hold up the line like Puyol/Bet you thought I was gonna say Dier”

Footballers name-checked in this track from Spurs fan AJ Tracey, in order:

Did we mention he’s a Spurs fan? Oh, we did? Good.