11 of the best instances of swearing in football: ‘You’re in f***ing Latvia’ 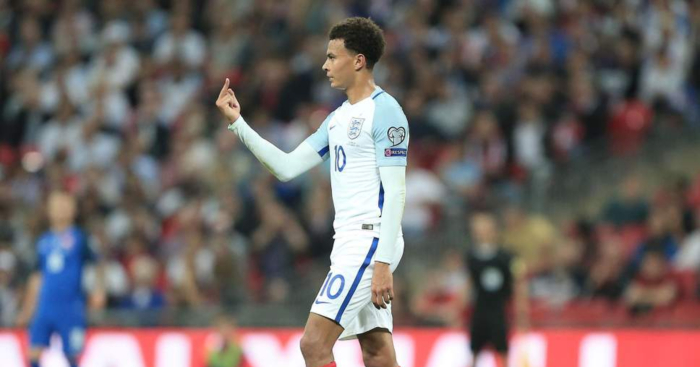 Whether it’s a rousing team talk, a slip of the tongue, or to insult someone, when footballers and managers swear, it’s really quite brilliant – and figures at Manchester United, Tottenham Hotspur and Newcastle United have all provided us with such glorious cursing.

As former Tottenham and England man Jimmy Greaves once said: “The thing about sport, any sport, is that swearing is very much part of it.”

Here are some of the greatest incidents of swearing. Yes, it’s childish, but we just can’t help but enjoy it.

First, let’s start with the inspiration for this post. Just enjoy it in all its glory.

‘Orient: Yours for a Fiver’ was a fly-on-the-wall documentary which filmed the O’s under hot-headed assistant manager John Sitton, and he’s become something of a legend for this impassioned half-time team-talk.

With his side 1-0 down to Blackpool, Sitton goes on a huge rant. He fires one of his players before offering to fight two other members of his squad.

“And you can pair up if you like. And you can f***ing pick someone else to help you, and you can bring your f***ing dinner. Because, by the time I’m finished with you, you’ll f***ing need it.”

It’s common for reporters to start their interviews with some light-hearted banter.

This reporter, who must’ve thought he was on the same wavelength as then Tottenham boss Harry Redknapp, opens the interview by labelling the Tottenham Hotspurs manager a “wheeler-dealer”.

Redknapp, however, isn’t pleased, telling the reporter what he thinks of him in no uncertain terms.

When starting a new job, you want to make a good impression. In football, it pays to ensure the press are on good terms with you. This is what makes Kinnear’s first official press conference as interim manager of Newcastle United all the more extraordinary.

To start things off in this now infamous clip, he opens the floor by calling one tabloid reporter a “c**t”, and things get pretty messy from there on.

Some journalists attempt to reason with Kinnear, but their attempts are futile.

One of the most Joe Hart moments of the goalkeeper’s career.

Alli is all about hand gestures nowadays, but none can quite top this from when he was on international duty, playing for England against Slovakia.

The Tottenham midfielder quite obviously flipped the bird to the referee.

After the Three Lions’ 2-1 win, manager Gareth Southgate defended his playmaker: “Kyle [Walker] and Dele were mucking about, and Dele’s made a gesture towards Kyle.”

FIFA didn’t think so – and gave Alli a £3,800 fine and banned him for one international game.

After scoring in Manchester United’s 4-2 victory over West Ham, the Red Devils captain went on an expletive rant right at the TV cameras.

The FA thought a two-game ban was an appropriate punishment, with Rooney failing to get the ruling overturned. This meant he missed out on an FA Cup semi-final clash against Manchester City.

United could have done with the forward, too, with the tie finishing 1-0 to the Citizens.

In the dugout, Ferguson was given an unusual fright when assistant manager Mike Phelan decided to stamp on a balloon that floated down.

The United boss gives a short but firm retort – we’ll leave you to figure it out – and Phelan claimed afterwards that the incident almost got him the sack.

At Spurs’ training ground, Redknapp was giving an interview when a player mistakenly struck the ball against his boss’ head.

He could have laughed it off, but instead, Redknapp gives the unknown player a dressing down using some colourful language, before saying the now famous line: “No wonder he’s in the f***ing reserves.”

In one of his first major jobs, Warnock gave Huddersfield Town players the bollocking of a lifetime at the break in a fixture against Shrewsbury.

If you didn’t know, the immortal line “you’re in f****ing Latvia” is in reference to Andy Booth, who had just earned an England Under-21 call-up to play Latvia.

The veteran manager might’ve looked like a deer caught in the headlights at his press conference following England’s humiliating Euro 2016 defeat to Iceland.

But underneath that soft-spoken guise, there’s a ruthlessness to the current Crystal Palace manager.

Witness his quite shocking foul-mouth tirade against a Match of the Day reporter. You still can’t believe its Hodgson saying those words.

So far the swearing has been mostly angry. But here, Barry Fry was quite jovial when attempting to negotiate a contract with a player and his agent, and the player eventually signed on the dotted line.

Can Barry Fry get this deal over the line?!@sid_lambert pic.twitter.com/Np1VesKq3g