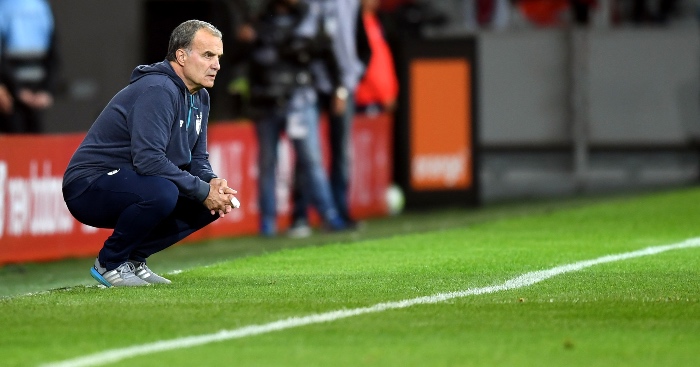 Marcelo Bielsa has made an incredible impact on Leeds United in his short time at Elland Road.

After narrowly missing out on promotion last term, Bielsa and Leeds hope to go one better in 2019-20.

Rather than attempting to sum him up ourselves, here are some of the best quotes explaining exactly the kind of man so loved at Elland Road.

“At first he seems tough and he may even annoy you with his persistence and don’t take no for an answer resilience but in the end he is a genius.”

“There are days when he doesn’t leave the training ground until the small hours, it is insane.”

“My admiration for Marcelo Bielsa is huge because he makes the players much, much better. Still I didn’t meet one guy, a former player from Marcelo Bielsa who speaks no good of him. They are grateful about his influence on their careers in football. He helped me a lot with his advice. Whenever I speak with him I always feel like he wants to help me. He’s the best coach in the world.”

“He is like my football father. We are a generation of coaches that were his disciples. How he feels football, the passion he has for football, I think we all took that from him.”

“Marcelo Bielsa’s Chile played the most attractive football in this World Cup.” (2010)

“He made me devour videos like never before. To begin with he put me in front of the videos and I’d fall asleep. But he was happy! I was shocked. After a while I stopped sleeping and told myself go on, I’ll watch two minutes of this thing after all. After that he talked to me, I talked to him and we’d go over moves together. He told me, see, that’s why I let you sleep. You slept, you slept, you slept but the day you decided to watch you got interested on your own. If I’d pushed you to watch you wouldn’t have been interested. Marcelo is just too good.”

“For me what Bielsa has done is worthier than what Simeone has. Marcelo made a team out of nothing.”

“This modus operandi has stemmed from Bielsa and I’m sure Guardiola and Pochettino would agree he was a key part of their football education, and if these young English players keep performing and improving under these principles – thus elevating our national team to new heights – then I for one will be raising a glass in appreciation to ‘El Loco’.”

“He is a coach that I have admired for many years and when the opportunity arose to bring him to Elland Road, we made it our top priority for the summer. Marcelo has a wealth of experience and he will use that to create a new culture and a winning mentality at our football club.”