The 11 best quotes on Didier Drogba: ‘With you I could go to every war’ 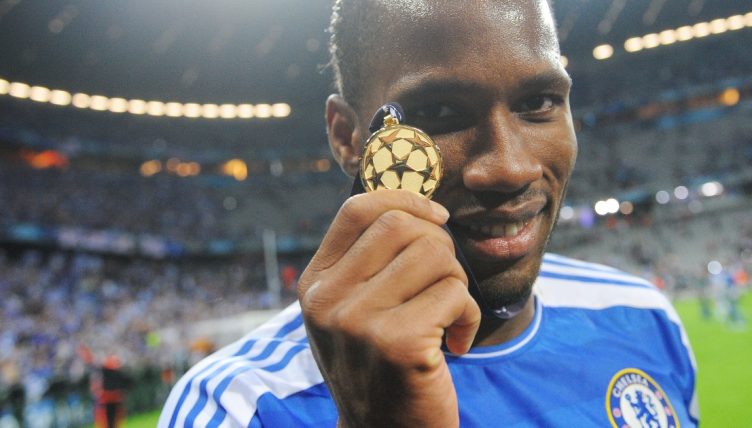 Didier Drogba will forever be remembered as one of Chelsea’s all-time greats, and the ultimate big-game player.

The Ivorian scored 157 goals in 341 appearances for the Blues and won 12 major trophies, partly thanks to his remarkable knack for scoring in cup finals at Wembley.

Such a legendary career leant itself to some excellent lines from his team-mates, managers, commentators and competitors. We’ve taken a look at 12 of the best quotes about Drogba’s career.

“People talk about whether this is his last game for Chelsea, but he has been an absolute hero for this club,” the former Chelsea captain told ESPN after their Champions League triumph in 2012. 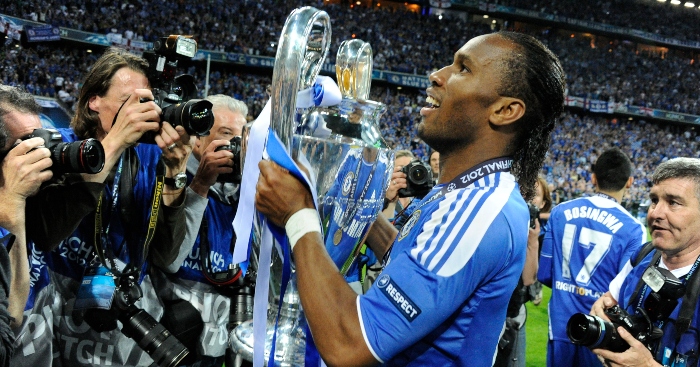 “At half-time, I was thinking: ‘He is still haunting us, even in the United States’,” Wenger said after Drogba scored against Arsenal for Montreal Impact in a pre-season match in 2016.

“He has always harmed us and he continues. He is a winner and he will be like that until the end of his life.”

“It’s an unbelievably proud day for all of us but at the same time it’s a sad day because one of the biggest legends this club has ever seen is leaving.

“He’ll be back for sure in some capacity but he’s an unbelievable example, a great man and what he has done alongside Lamps [Frank Lampard], is win competitions and we are talking the very best.

“Staying at the top level for as long as they did is phenomenal, so a special thanks as I have played with both of them and good luck to them.”

“When I say I support Drogba, it’s also for the good of the country, to have a former player of his kind investing himself in Africa,” the former City great said in 2020, backing his old Ivory Coast team-mate in his bid to become president of the Ivorian Football Association.

“Didier was my big brother, my captain. People talked a lot about us but we were always calm, wise. We know each other.”

“I grew up watching Didier Drogba play and he was a huge idol of mine,” Drogba told Chelsea’s official website in 2017. “I signed for Chelsea just after he left so I was a little bit sad that I was arriving as he was leaving, but two years later he came back.

“I’m so happy I can tell my kids that I played with him, even if it was just one season. He’s a great guy, a great leader and you always learn from the best in football. He was such a big-game player and I still speak to him.”

“Sometimes he is a player who does not get what he deserves,” Mourinho said in 2006. “Drogba is a fighter. I am happy with him and we are happy to have a professional like him.

“Players are not just about the skilful and beautiful ones who play for the stands. It is important to have players who fight for the team, work for the team – attack and defend. He is the kind of player I would say ‘With you I could go to every war.’ He is a very important player for us.”

“There are a lot of players with fantastic technique, but they are not leaders,” Ancelotti told the Daily Mail in 2009. “They have not made the most of their careers, because they do not have a strong character, personality or courage.

“You need all of those as much as technique. Didier has it all. When you find a player who has talent and is unselfish: hai vinto. You’ve won.”

“They’re crying. It was Drogba. It was the angels, it was the heavens, it was the stars, it was the gods, it was everything for Chelsea,” Neville said during the 2012 Champions League final.

“This is not anything to do with football, this is spirit. Never giving up, fighting to the end, that English spirit running right through this Champions League for Chelsea.”

“I have always seen Drogba as the example to follow in terms of a centre-forward,” Costa told Chelsea TV in 2020. “He was strong and scored loads of goals and he was a quality player.

“Just watching him train helped me. Just seeing him, I was amazed. This is because – and I’m not making this up at all – I specifically used to watch Chelsea [before he joined], who are obviously a big club, just to see Drogba.

“He was famous and everyone would talk about him.”

“I kept saying to people, ‘will somebody please shoot Drogba?’ because his performances were unbelievable,” Ferguson said in 2007.

“He carried their team, I thought, and he kept getting these incredible goals; like the one at Everton with the last kick. That was incredible but he had to play all of their games because they could not do without him.”

“One of the best strikers I’ve seen. He had had everything: pace, he was strong, good in the air, he knew how to dribble, both legs [feet]… he was amazing,” the Barcelona centre-half said in 2016, naming the striker as one of the three toughest strikers he’s faced.