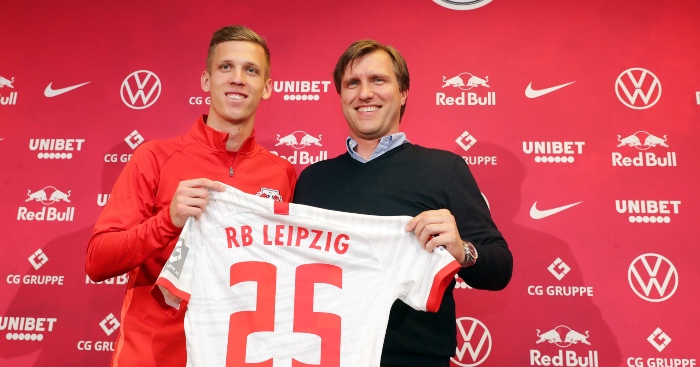 Premier League clubs have been fairly quiet in the January transfer window, but that’s not been the case on the continent.

Clubs from across Europe have been very busy indeed, some hitting up the loan market and others making some extremely high-profile additions to their squads as they look to solidify or kick on in the second half of the season.

We’ve taken a look at some deals which, while not necessarily the best, could well be the most interesting when it comes to how they play out.

One of European football’s hottest prospects, Olmo upped his value when he took Dinamo Zagreb within 90 minutes of making the Champions League knockout stages for the first time ever and even putting his side ahead in that game against Manchester City.

There was understandably a fair bit of interest from some of Europe’s big guns, but the Spain international and La Masia graduate chose to join RB Leipzig instead.

“I was convinced by the club’s philosophy, especially the fact that Leipzig focus a lot on young players. Additionally, the way the coach wants to play football suits me very well,” he said.

Kulusevski has developed into one of the most highly-rated teenagers in Serie A, laying on seven assists while on loan at Parma from Atalanta.

With his parent club pushing for back-to-back top-four finishes, the Swede will have had Champions League football in his sights, but it will be with new employers Juventus after a €35million move.

Juve have loaned the midfielder back to Parma for the rest of the season, so we’ll be waiting a short while to see the big-money switch come to fruition.

Sure, Augustin hasn’t lit things up at Monaco, but it’s not that long ago he was considered one of the hottest young talents around.

A loan move from RB Leipzig to Leeds United is an extremely curious one, with the Championship side flying high but still in need of attacking reinforcements.

The next question is, if he does well and helps take them up, will the Frenchman still be in Yorkshire next year?

De Tomas is a weird one, which makes his January switch to Espanyol all the more intriguing to us.

The Real Madrid academy product scored for fun on loan at Rayo Vallecano but didn’t score at all for Benfica in the league, making the €20million price-tag a bit of a punt.

Or so it was deemed. The Spanish forward has scored in each of his first three games, one in the cup and two in the league, to match his return from his entire half-season in Portugal.

Demme has been a real mainstay of RB Leipzig’s rise through the divisions, playing for them back in the third-tier days before helping the club climb to the top of the Bundesliga.

He even picked up a Germany cap and a Champions League goal, despite never really being the goalscoring type.

We’re interested both in how he’ll do away from Germany, having completed a move to Napoli, and how RBL will do without him in their squad for the first time since January 2014.

Barcelona seem prepared to let Todibo go just a year after winning the race to sign him from Toulouse.

The France Under-20 international has been loaned out to Schalke, with the German club holding an option to make the deal permanent for €25million.

Given he played just four times in La Liga, one wonders what Barcelona have seen to convince them to pull the plug so soon.

Real Madrid have had a mixed record with Brazilians, but they’ll be hoping Reinier is more Roberto Carlos than Lucas Silva.

The 18-year-old moved to Spain for €35million after breaking through for Flamengo in the 2019 season, including a spot on the bench for the Copa Libertadores final.

There have been suggestions the teenager might immediately be sent out on loan, but there’s every chance Zinedine Zidane decides to give Reinier a run of games first. 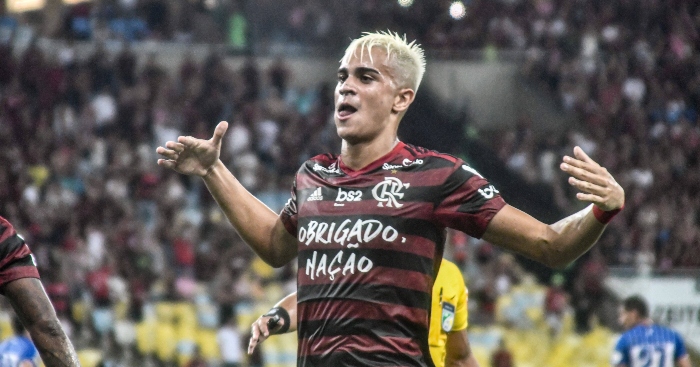 It’s not all been about incomings at the Bernabeu this window.

Spanish right-back Odriozola had found himself out of favour, and when Real Madrid announced he was available on loan there will have been no shortage of takers.

Bayern Munich won the race and have added the former Real Sociedad man to their ranks for the rest of the season as he attempts to earn an international recall ahead of Euro 2020.

Inter’s transfer business might have looked a little scattergun at times, but the move for Moses seems more focused.

The Nigerian international starred under Antonio Conte at Chelsea when he was transformed into an elite wing-back, so a reunion with his former coach, after a loan spell at Fenerbahce was beginning to go stale, makes a lot of sense.

After Gabigol’s heroics for Flamengo in the Copa Libertadores, there was reported interest from across Europe for the man on loan from Inter.

Chelsea and West Ham were mentioned in connection with the Brazilian, who cost the Italian club around €30million back in 2016.

Instead, though, he has opted to stay with Flamengo, completing a permanent €17million switch to the team for whom he scored 43 times in 2019.

It’s always exciting to see Hatem Ben Arfa find a new club, regardless of which club that is.

The French midfielder, once of Newcastle and Hull, had gone several months without a club after leaving Rennes and claimed he turned down offers while waiting for the right club to come along.

Now he has ended his exile, joining La Liga strugglers Real Valladolid until the end of the current campaign. If he can help them keep their heads above water, perhaps we’ll see him stick around for a bit longer.