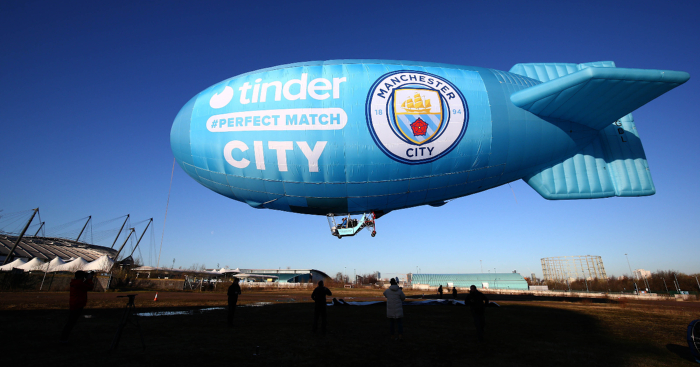 Arsenal, Manchester United and Newcastle United are among the clubs with some of the strangest sponsorships in football.

Commercially, partnership deals and sponsorship packages can provide not only great income to clubs but excellent exposure and outreach to supporters.

Clubs therefore are keen to sign any deals they can get their hands on, which can often result in a few bizarre ones.

In the summer of 2018, Arsenal announced their first ever sleeve sponsor, a year after they were permitted in the Premier League.

Not your standard sponsor – Chelsea and Manchester City bear tyre companies while there are also betting and gaming companies with deals in place – Arsenal struck an agreement with the country of Rwanda to become their official tourism partner, and to display ‘Visit Rwanda’ on their sleeves.

It did raise suspicion, however, as it was revealed the British government gives Rwanda £85million annually in aid, while the three-year sponsorship deal is worth half that.

We are delighted to announce #Rwanda has become the official tourism partner of @Arsenal and the Premier League football club’s first ever sleeve partner #VisitRwanda #AFC @visitrwanda_now pic.twitter.com/o3O7jiX82b

We’re starting big with United, who you may see once or twice more in this list, thanks to their official website’s weird and wonderful list of 52 partners.

Among them are Chinese company Mlily, who are listed as United’s official global mattress and pillow partner. Since 2011, they jave China’s largest memory foam manufacturer, according to the club website. Well done, Mlily.

“The world’s most popular app for meeting new people,” was how City’s website described Tinder as they announced their multi-million pound agreement.

The partnership, which is supposed to help both reach a wider audience, was announced the day after City’s 3-0 Champions League defeat to Liverpool as they flew a huge blimp over Manchester.

Very appropriate as they were caught with their pants down last night. pic.twitter.com/Sdt4zjvEp5

You might not find it strange that West Brom have a so-called Further Education partner, but just who that partner is may come as a surprise.

The University of Wolverhampton hold the prestigious partnership, and as the name suggests, it is located in the city of West Brom’s fiercest rivals, Wolves.

It is weird enough that the Magpies, currently plying their trade in League Two and this season reaching the play-offs, chose to bear 10 different shirt sponsors this season, one in each month.

One of those sponsors, however, ended up being huge County fan Jake Bugg, who caused a bit of a storm on Twitter after he sponsored the month of November, as well as their FA Cup fourth round replay at Swansea.

It takes us back to the mid-90s, when Scottish club Clydebank were incredibly sponsored by Wet Wet Wet.

But it's as Simple As This: Through Love, Hope and Misery, they've Seen It All in this Jake Bugg kit. What Doesn't Kill You makes you stronger and one day the Storm Passes Away. pic.twitter.com/riutrkVU6b

As they won promotion to the Premier League in 2016, Hull did so bearing the name of Yorkshire theme park-come-zoo Flamingo Land.

The company have also sponsored Middlesbrough and Leeds United, while its owner also controversially owns Bradford City’s ground, and they announced their name would grace Scarborough Athletic’s new stadium, where they are also set to build an attraction as part of a greater complex.

Our second pick from United’s exhaustive list of global, regional, financial and media partners is Gulf Oil, who are the club’s official global lubricant partner.

They are also the fuel retail partner, whatever that means, and entered into partnership with United to attempt to broaden their horizons from the motorsport world, where they are already well-established. Being an oil fuel company, we wonder why.

A chequered history with shirt sponsors, in the early noughties Atletico struck a deal with Colombia Pictures, which saw the front of their shirt change depending on the latest releases.

Proving Arsenal weren’t the first club to strike a deal with a nation or place, Marbella sponsored Atletico for a vast majority of the 90s, before Azerbaijan recently jumped in.

A country who have been striving to put their mark on the sporting map for a number of years, Azerbaijan were Atletico’s shirt sponsor and wider club partner between 2013 and 2015.

The name of the country is followed by the slogan ‘Land of Fire’ on the front of the red and white shirts, and the sponsorship has reached two Champions League finals and won La Liga, and on their way to this year’s Europa League win, were drawn against Azerbaijani club Qarabag.

"Qarabag, who will face Azerbaijan’s other big club, Atletico Madrid…"

We couldn’t leave this one out: in 2017 Everton signed a sleeve sponsorship deal with mobile game Angry Birds.

In quite a ridiculous reach statistic, the game has apparently been downloaded almost four billion times in its nine-year history, and provides Everton access to its 80 million regular users.

Newcastle, who once had Papa Johns listed as the club’s official pizza partner, have radiator company Stelrad named as a seasonal partner on their website.

The ‘leading manufacturer of steel radiators’ even got the pleasure of sponsoring pre-match weather updates on social media during Newcastle’s Championship title-winning season.

We promised you more and here it is. It may be no surprise that a huge company such as 20th Century Fox would sponsor a huge football club such as Manchester United.

However it’s the title that baffles us, with the film-makers listed as United’s official global feature film partner.

Prior to the deal being announced, supporters were left confused as United’s players collectively took to social media to praise Leonardo Di Caprio film The Revenant.

Then, once all had been revealed, a handful of stars were involved in a trailer for Deadpool in 2016.