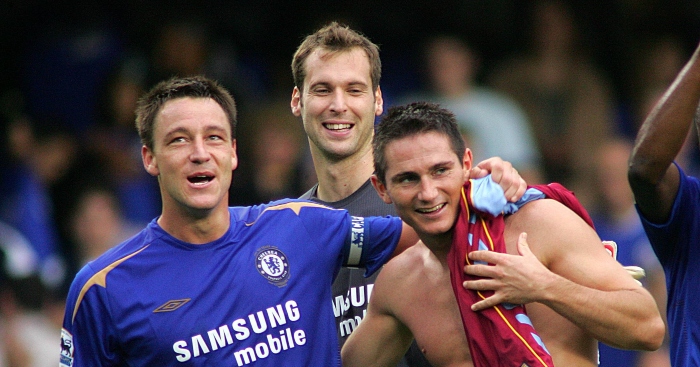 Aston Villa have signed a fair few of their targets since returning to the Premier League, but they haven’t always been so successful.

As one of the mainstays of the early Premier League years, Villa often had plenty of pulling power. They beat rivals to plenty of targets in the 90s and early 2000s, though that success rate soon tailed off.

They have also missed out on a fair few, though, and some of the players they were once linked with could have made a big difference to the club’s trajectory… especially when you consider who their back-up options were.

Back in 1995, Roberto Carlos was only beginning to establish himself on the world stage. The banana kick at Le Tournoi was still two years away, and he was still playing his club football for Palmeiras.

As the Brazil international pursued a move to Europe, Aston Villa got as far as holding a meeting with him, according to the man himself, after he had impressed for his country against England at Villa Park.

Villa had stayed up by the skin of their teeth after Brian Little’s arrival mid-season helped keep them afloat, and they needed to strengthen, but Roberto Carlos ultimately decided on a move to Internazionale – probably the right call, all things considered – and Villa had to make do with the recently-signed Alan Wright.

We doubt the Brazilian would have got anywhere near Wright’s eight years of service, in fairness.

You can’t sign a player unless you try, and as unlikely as Alan Shearer leaving Newcastle might have been, that wasn’t going to stop Aston Villa from testing the water.

Villa were coming off a seventh-place finish and needed a new striker to replace the Manchester United-bound Dwight Yorke. New-ish boss John Gregory was determined to aim big, recalling: “As everyone in the game knew and took great delight in pointing out, Gullit was on record as saying he felt Alan had not been worth the fee Newcastle had paid for him.

“The subtext was clear: Gullit did not rate England’s No.9. If not I knew someone who did.”

The deal never materialised and, after leading the league for much of the first half of the season, Villa ultimately fell away to finish sixth. Dion Dublin was a solid addition, but one wonders if an attack boasting Shearer might have brought a better end to the campaign.

It’s easy to forget Chelsea weren’t the only ones in for Frank Lampard when he left West Ham in 2001.

Villa were the first club to lodge a bid, while Leeds also joined the race, but looking back we reckon he was probably just about happy enough with his eventual choice.

The Midlands club still had money to spend, though, and some of that money went towards Mustapha Hadji. The Moroccan played just 45 games for the club before being allowed to leave on a free in 2004.

A couple of years before Cahill made the move to Everton, Villa and Graham Taylor were keeping a close eye on the Australian.

However, after a transfer failed to materialise in the summer of 2002 as Cahill suffered a serious knee injury and interest faded.

Villa ended up signing Øyvind Leonhardsen on a free that summer, and when they knew Cahill was unavailable in January they launched a loan move for Joey Gudjonsson but ultimately didn’t sign the Icelander on a permanent basis.

Michael Owen’s final Newcastle United game came against Villa on the final day of the 2008-09 season, and Martin O’Neill’s team were among a number of clubs pursuing the England striker over that summer.

O’Neill was keen to reunite the forward with his former international partner Emile Heskey, but Manchester United stole in to sign Owen and then, to add insult to injury, he scored in a win over Villa in that season’s League Cup final.

Villa failed to sign a striker that summer, or the following summer, and their manager left on the eve of the 2010-11 campaign.

With Real Madrid signing Kaká and Xabi Alonso in the summer of 2009, many believed Van der Vaart would be available, and Villa were in the hunt for him and team-mate Wesley Sneijder in what sounds retrospectively like an either-or deal.

Instead, though, the Dutchman decided to try his luck for another year, while Sneijder moved to Inter and won the Champions League, and Van der Vaart joined Spurs a year later.

Villa turned their attentions to Stewart Downing, who, in fairness, was decent. But still, Van van der Vaart would have been nice.

Huntelaar was reportedly offered to Villa in 2010 after AC Milan prepared to cut their losses on the striker, but he decided Schalke would be a better fit, and it’s probably fair to say he was proved right.

He scored more than 120 goals in all competitions for the German side, including 29 in one Bundesliga season, and by the time he left Gelsenkirchen, Villa were in the Championship.

Villa eventually broke their transfer record for Darren Bent the following January. He did not manage 29 goals in one season. Or indeed at all, over his four years at Villa Park combined.

When Downing left for Liverpool in 2011, Villa looked to a younger replacement and their attentions turned to Bosnian midfielder Pjanić.

But the Lyon midfielder opted for Roma instead and excelled for the Serie A club, to the point that Juventus swooped for him in 2016 to strengthen their already dominant squad.

Manager Alex McLeish had to look elsewhere, and his search took him as far as Charles N’Zogbia. Yeah, let’s not dwell on that one.

The summer of 2011 also saw Villa linked with David Trezeguet after the veteran’s spell at Hércules ended with relegation from La Liga.

However, the Frenchman instead moved to the UAE before jumping ship for River Plate not long after, seeing out his career in Argentina and India.

Villa had to again wait until January for a new arrival, with Robbie Keane joining on loan from LA Galaxy.

When Paul Lambert came in as manager in 2012, he seemed to have a remit to find value in the market, but a £2.5million fee for Rennes’ Yacine Brahimi reportedly put Villa off.

The Algerian instead moved to Granada, doing enough there to earn a move to Porto, for whom he scored a Champions League hat-trick in his first season.

Villa went for the cut-price option instead, bringing in Jordan Bowery for £500,000 and giving Andi Weimann plenty of game-time behind Christian Benteke.

Villa already had one Belgian forward in 2013, so perhaps they thought that would be enough to entice a second to sign.

That might have been the case if their interest wasn’t followed by approaches from a handful of bigger clubs – including Napoli.

Villa dipped into their pockets on deadline day to sign Libor Kozák, who had a horrible time with injuries and played just 22 games in four seasons.