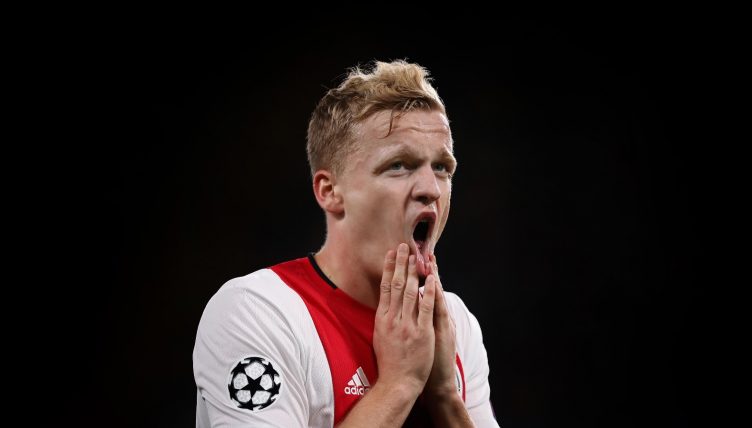 The Ballon d’Or recognises the best footballers in the world every year. But it’s difficult not to raise an eyebrow at some of the nominees over the years.

Lionel Messi and Cristiano Ronaldo have dominated the award’s shortlist for a decade and a half, while world-class stars like Karim Benzema, Robert Lewandowski and Kevin De Bruyne deserve their place in the voting year in, year out. But there are also some names it was easy to forget – or just can’t believe – were ever considered among the very best in the world.

We’ve gone through previous shortlists to pick out more names which made us go ‘bloody hell’.

Jamie Vardy was on the 2016 shortlist, justifiably so, of course, after a season in which he fired Leicester City to the title and also broke the record for goals in consecutive Premier League matches.

But that doesn’t make his name any less striking looking back. We’re reasonably certain we don’t have to consult old copies of the Rothman’s annual to say he’s the only former Stocksbridge Park Steels player to get on the Ballon d’Or shortlist.

We love Mario, the mad bastard, but for all his undoubted ability and potential it doesn’t seem quite right to rank him among the best and most consistent talents in the world.

He was, however, coming off the back of his eye-catching brace against Germany in the semi-finals of Euro 2012 – so this one should probably be dedicated to the Twitter banter which followed.

Earning a whopping 0.22% of the vote, Nani was nominated off the back of his best season at Manchester United – and possibly of his career.

The winger had been named the Players’ Player of the Year at the club, but two campaigns later he began to fall out of favour at Old Trafford.

It was hard not to love Gyan after the 2010 World Cup, when he made us all quite heartbroken and confirmed the status of Luis Suarez as football’s pantomime villain, but he really should have been disqualified on the grounds that he was a striker who wore the No.3 shirt.

It’s easy to forget that the striker who scored one goal in 15 matches for Crystal Palace in 2016 and was known to “sit in the weight room on a chair with a cup of coffee and a muffin”, according to Brede Hangeland, was on his day one of the most devastating forwards in world football.

Adebayor scored 30 goals in all competitions for Arsenal in 2007-08 but only managed to pass the 15-goal mark twice since, once in the Premier League and the other time in Turkey.

READ: A rare celebration of peak Emmanuel Adebayor and his super spell at Arsenal

“Like Justin Fashanu, Squeeze, John Kerry and tubes of blue Smarties he promised much, was momentarily transcendent, but ultimately declined into familiar mediocrity,” The Guardian noted on Kanoute in 2007.

The striker showed flashes of quality in England, but few expected him to outscore the likes of Samuel Eto’o, Fernando Torres and David Villa for Sevilla in 2006-07.

It shouldn’t be forgotten that the 2005-06 season saw Lehmann set a Champions League record of 853 minutes without a goal and usurp Oliver Kahn as Germany’s No.1 for the World Cup.

But it will always be remembered as the season which ended with Lehmann getting sent off after only 18 minutes of the Champions League final.

A nomination based on his Champions League heroics for Liverpool, in which he scored winning goals against Juventus and Chelsea (sorry, Jose).

Baros scored just two goals for Liverpool throughout the whole of the 2003-04 season but won the Golden Boot award at Euro 2004 as he hit the back of the net five times.

Remember when Trabelsi was released by Manchester City after just one season? No? Exactly.

David Beckham, Iker Casillas, Ryan Giggs, Paolo Maldini, Francesco Totti, David Trezeguet and Christian Vieri were among the players to receive a nomination but no votes for the 2002 Ballon d’Or award.

An example for Chelsea youngsters: play well at Vitesse Arnhem and you could find yourself on the Ballon d’Or shortlist.