11 players who are retiring this summer: Carrick, Motta, Forssell, Arca… 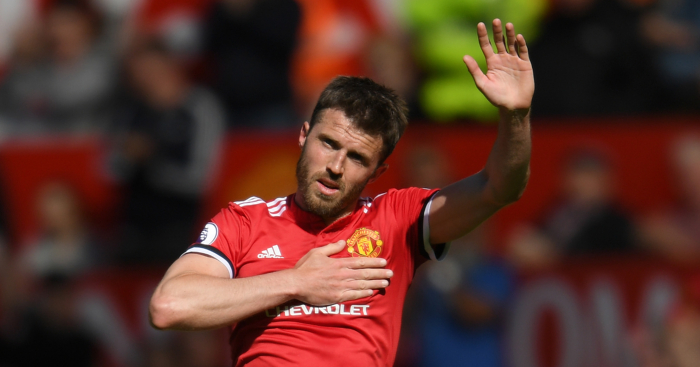 Arsenal, Manchester United and Bayern Munich men are among some of the footballers around the world retiring at the end of the 2017-18 campaign.

After the conclusion of league seasons in Europe and around the world, some players have played professional football for the final time.

From the top of the Premier League to as far as Brazil and Finland, we’ve taken a look at some of the biggest names to be retiring from football now the season has drawn to a close.

“A big player is leaving, but a big man is staying,” said Jose Mourinho as he handed Carrick his training wear at the end-of-season presentation.

Carrick has taken up a role among Mourinho’s coaching staff after retiring, having undergone a procedure for an irregular heart rhythm earlier this season.

“Some days you realise everything is a burden, both physically and mentally, but you have to deliver without a doubt, the pressure is very intense,” said Mertesacker when discussing his retirement.

He will become the head of the academy under new Arsenal boss Unai Emery, after over 500 professional appearances at club level and 104 caps for Germany.

One-club man Prieto is the record league appearance holder for Real Sociedad, and has lined up for them over 500 times in all competitions across his 15-year career in the first-team.

For their final match of the season, Sociedad replaced their crest with an image of Prieto to honour his incredible service.

Fitting tribute? Sociedad to wear Xabi Prieto's face as their crest for the upcoming game against Leganés, his last before retiring after 14 years. pic.twitter.com/BhTW4LuIId

Bayern Munich goalkeeper Starke initially retired last season, but he stepped back into the fold from his coaching role following Manuel Neuer’s injury.

The German has an impressive record of winning 14 trophies in his six years at Bayern, during which time he played just 12 times, averaging over one trophy per match.

In complete contrast, Weidenfeller is finally hanging up his gloves after an incredible 16-year spell at Borussia Dortmund.

The goalkeeper has made 453 appearances in all competitions since joining as Jens Lehmann’s replacement in 2002, and also has a World Cup winner’s medal to his name after being part of the Germany squad which lifted the trophy in Brazil.

Another long-serving German, forward Kiessling joined Bayer Leverkusen in 2006 after they fought off attention from Bayern Munich and Arsenal to secure his services.

Twelve years on, he has amassed 131 goals in 344 Bundesliga appearances, but a hip problem has kept him out for much of his final season.

Still can’t get over how incredible this was! #DankeKies pic.twitter.com/85uXRv9KTy

A glittering career has seen him lift eight league titles, two Champions Leagues and finish runner-up at Euro 2012 with Italy, and he will now move into coaching at Parc des Princes.

Lucarelli has seen everything during his time at Parma, helping the club all the way back to Serie A after their demotion to the fourth tier in 2014.

The club are set to retire the No.6 shirt in his honour after a tremendous 10 years’ service.

Part of the same Champions League-winning Inter Milan side as Motta, Cesar spent seven years with the Italian giants, prior to his two-year spell at QPR.

He has lifted a host of trophies across Portugal, Italy and homeland Brazil, while featuring 87 times for his country between 2004 and 2014.

After 21 years and 10 different clubs, Finnish striker Forssell announced his retirement, having been without a club since playing for the Helsinki-based HIFK in 2017.

Forssell made 36 appearances for Chelsea and 108 for Birmingham during his time in England, also featuring for Crystal Palace and Leeds during his career. 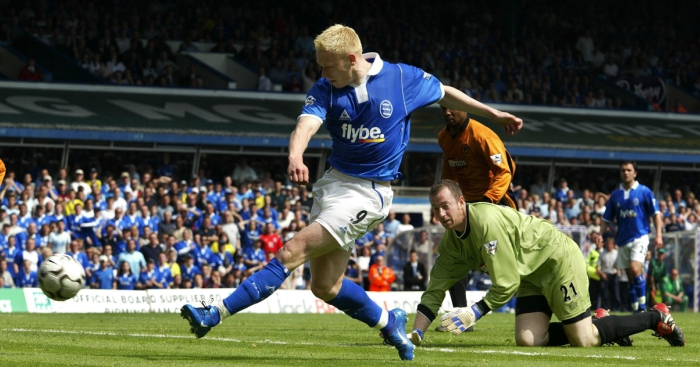 READ: An ode to the fleeting brilliance of Mikael Forssell at Birmingham

A cult hero at both Sunderland and Middlesbrough, Arca has seen out the last few years of his career at non-league club South Shields.

He has helped the club to three league titles in his three seasons, as well as lifting the FA Vase at Wembley in 2017, 12 years after winning the Championship with Sunderland.