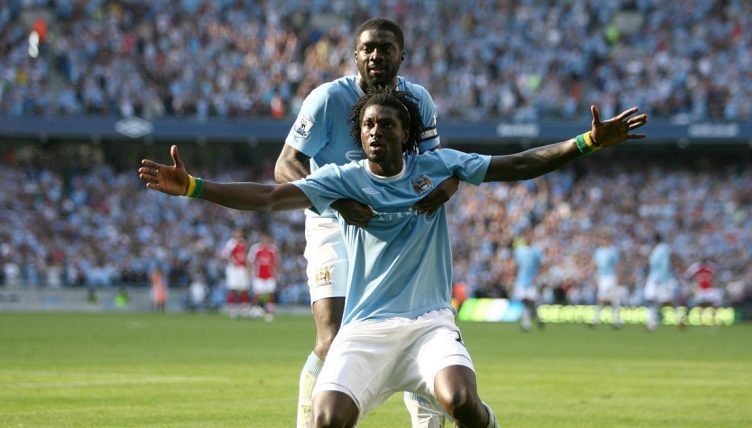 Chelsea, Manchester United and Arsenal are among the clubs to have been haunted by some of their former players.

As football fans, it’s nice to think that when a player leaves your club there is absolutely no way they are moving on to bigger and better things.

Sadly, however, sometimes you just have to admit otherwise, as these 10 players proved.

Cantona’s arrival at Leeds United in 1992 provided a spark and took the pressure away from his team-mates to galvanise their unlikely, and ultimately successful, title challenge.

The enigmatic striker then famously made the move to fierce rivals Manchester United, going from hero to zero in West Yorkshire, while becoming the catalyst for Sir Alex Ferguson’s subsequent 20-year dynasty.

After his first return to Elland Road, Cantona was fined £1,000 by the FA for spitting at home fans, but he would enjoy himself much more in 1996 when his 90th-minute goal capped off a 4-0 victory for the Red Devils, and he was able to celebrate right in front of Leeds’ Kop.

Manchester United could feel pretty smug about Cantona, but less so about Law. Only two men have scored more goals for the Red Devils than Law, who spearheaded  ‘the Holy Trinity’ alongside George Best and Sir Bobby Charlton.

In 1973, an aging Law joined Manchester City but returned to Old Trafford to score one of his most famous goals.

Contrary to popular belief, Law’s cheeky backheel did not relegate United – results elsewhere meant they would suffer the drop whatever the scoreline against City – but it has gone down in folklore nonetheless.

A strange case, as Morientes returned to haunt Real Madrid while still technically belonging to the club.

Morientes was a reliable goalscorer at Los Blancos, but the arrival of Ronaldo from Inter saw the Spaniard become surplus to requirements.

In 2003-04, the striker joined Monaco on a season-long loan and went on to stun his parent club, scoring in the home and away legs as the Ligue 1 outfit knocked Real Madrid out of the Champions League quarter-finals thanks to Morientes’ decisive away goal in a 5-5 draw on aggregate.

In similar circumstances to Morientes, Courtois was put in the uncomfortable position of having to face his parent club Chelsea while on loan at Atletico Madrid in 2013-14.

The two sides were drawn to face each other in the Champions League semi-finals, but there were doubts whether Courtois would be available amid reports Atletico would owe Chelsea €3million per match if the goalkeeper was selected.

UEFA ruled such a clause was “null, void and unenforceable”, and so Courtois was free to face the Blues, keeping a clean sheet in Spain as Atletico triumphed 3-1 over the two legs.

As a Chelsea player, Lampard seemed to relish playing against West Ham, the club where he initially made his name, scoring seven times against the Hammers and winning 14 of his 20 fixtures against his former club.

The prospect of the former England international having to appear against Chelsea when he left appeared slim after he signed for New York City, only for a surprise loan move to Manchester City to see him come in direct competition with the west Londoners.

With remarkable predictability, Lampard bagged a late equaliser for City when Chelsea visited the Etihad in 2014, and looked incredibly apologetic for doing so.

"It's a typical Frank Lampard goal – but it is *against* Chelsea"

For a midfielder who helped define a generation, Pirlo was left unwanted on a bizarre number of occasions.

Having started his career as a No.10, Inter allowed Pirlo to join fierce rivals AC Milan in 2001 to little fanfare.

But it was with the Rossoneri that the little magician flourished, forming one of the most fearsome midfields in Europe, winning two Scudettos and two Champions League.

After a decade of service with Milan, Pirlo was then allowed to leave on a free transfer, with Juventus more than happy to acquire his services.

“When Andrea told me that he was joining us, the first thing I thought was, ‘God exists,'” Gianluigi Buffon said. “A player of his level and ability, not to mention that he was free, I think it was the signing of the century!”

With Juventus he continued to make the decisions of both Milan clubs look foolish, winning four consecutive Serie A titles.

If you don’t think this is one of the greatest/funniest photos in football history then we can’t be mates. 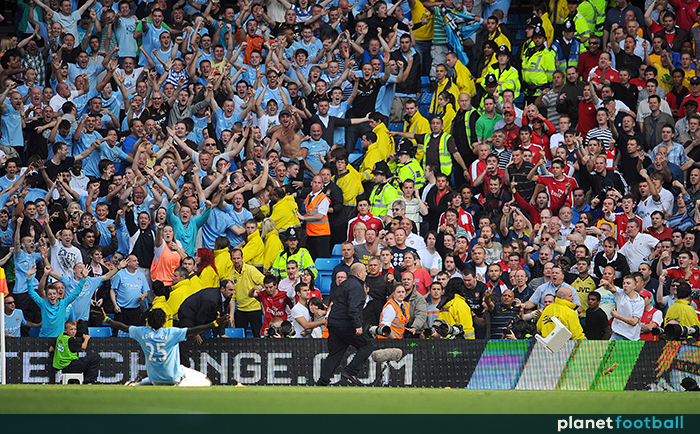 When Arsenal rejected the chance to re-sign Fabregas, the prodigiously talented young boy who had left for Barcelona returned with a shaven head, aged face and was suddenly operating under Jose Mourinho.

The Spain international was in supreme form to help Chelsea to the title, and provided the match-clinching assist for Diego Costa in his first game against Arsene Wenger’s men.

Luis Figo is testament to how difficult it is to be loved by both Real Madrid and Barcelona fans, but Laudrup somehow managed to pull it off.

After starring at Barcelona for five years, winning four league titles and a European Cup, the midfielder fell out with Johan Cruyff and left to join Real – the team he had orchestrated a 5-0 victory over in his final El Clasico appearance for Barca.

“People say I wanted to go to Real Madrid just to get revenge,” Laudrup later reflected. “I say revenge from what? I’ve had a perfect time; five fantastic years here [at Barcelona].

“I went to Madrid because they were so hungry to win, and they had four or five players who went to the World Cup. I said this would be perfect; new coach, new players, and hungry to win.”

The Denmark international would go on to win La Liga in his first season at the Bernabeu and inspired Los Blancos to a 5-0 win over Barcelona in his first fixture against his former club.

While the £80million Manchester United received for Ronaldo was a world-record fee at the time, there is a strong argument to be made that Real Madrid got a bargain.

Ronaldo has dominated European football with Real but has only played against his former club in a competitive game five times since making the move.

He scored in both legs as Madrid knocked United out of the Champions League round of 16 in 2012-13, resisting the urge to celebrate at Old Trafford.