11 players you didn’t realise were at Tottenham: Beckham, Hooper, Rasiak 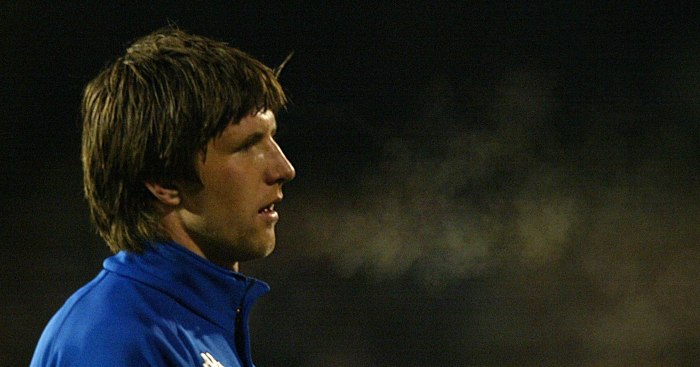 When a club has been in the top flight as long as Tottenham, you’re bound to miss a few of the players who pass in and out of their doors.

Whether it’s youngsters who went on to better things after leaving the club, or signings who were in and out in a flash, there are plenty whose presence in north London will have passed you by.

If you’re not a Spurs fan, there are probably at least a couple of names on this list who you didn’t realise had played for the club.

David Beckham might have been in Manchester United’s Class of 92, but he was on Spurs’ books for a few years before then.

The Essex-born midfielder stayed close to home as a teenager, but United always seemed high on his list of priorities and he moved north at 16.

Had the Red Devils not come calling, perhaps he’d have become best pals with Stephen Carr and Sol Campbell rather than Gary Neville and Nicky Butt.

ON THIS DAY (2011): We got a glimpse of what David Beckham would look like in Spurs clobber #COYS pic.twitter.com/fSiUzcRl9N

Athletic Bilbao left-back Berchiche has achieved a fair bit in his career, playing close to 100 games in La Liga and winning the French domestic treble with PSG, but it never really happened for him in London.

Berchiche joined Spurs from the Basque club as a 17-year-old but never made a senior appearance under Martin Jol, Juande Ramos or Harry Redknapp.

He finally played Champions League football for the first time eight years after leaving the 2019 finalists, when PSG gave him 90 minutes in both legs of their knockout defeat to Real Madrid in 2018.

Just like his brother Jérôme, Kevin-Prince Boateng had a blink-and-you’ll-miss-it stint at one of English football’s big six.

Big things were expected of the Ghanaian – then still a German Under-21 international – when he arrived from Hertha Berlin in 2007. However, within 18 months and having played just 14 league games, he was loaned out and eventually sold.

Boateng did a lot more at his second English club, Portsmouth, before travelling the world and ending up most recently on loan at Barcelona – where he played even fewer games than at Spurs.

As you’ve guessed, the other 0.75% of his career was spent at White Hart Lane in a confusing loan spell, a few months after Wednesday’s relegation from the Premier League.

Indeed, he was the final signing of the Alan Sugar era before Daniel Levy took over as chairman. Booth’s four games brought no goals for him, and only four for anyone.

Andy Booth pictured in action for Spurs on loan from Sheffield Wednesday in 2001. #THFC pic.twitter.com/4ci43BcsmK

When you look at Spurs’ transfer market smarts of late, the deal for Fraizer Campbell makes even less sense.

When Manchester United came in for Dimitar Berbatov in 2008, Spurs knew they didn’t have much time to find a replacement, but ‘a loan move for a youngster who United probably weren’t going to play anyway’ surely wasn’t the best they could have done.

As the striker floated around the lower reaches of the Premier League and dropped down to the second tier, with Spurs moving in the opposite direction all the while, those 10 Premier League games in white seem all the more bizarre.

One of two ex-Spurs players to play a key part of Bournemouth’s journey to the Premier League (more on that later), Daniels was on Spurs’ books throughout his teenage years, but at 22 – and after a few loan spells but no first-team action – he had to give up on his dream.

The Essex-born defender amassed a few games for the reserves, but while contemporaries like Jamie O’Hara and Dean Marney got first-team minutes, he did not.

Since joining the Cherries in 2012, via a spell with Leyton Orient, Daniels has played more than 250 Bournemouth games, including last season’s 5-0 defeat to Spurs at Wembley.

Another player whose entire career is associated with one club above all others, Gough actually spent time at Spurs before becoming a key part of Rangers’ title runs in the 90s.

The Scot captained Spurs in the 1987 FA Cup Final, a.k.a. the one they don’t like to talk about, having joined from Hearts the previous summer, but moved back north of the border after just one full season.

In 10 years with Rangers, he won nine league titles – he probably won’t mind having missed out on Spurs’ 1991 FA Cup win.

#OTD in 1987: After a season in England with Spurs former Dundee Utd defender Richard Gough joins Rangers for around £1.5m. pic.twitter.com/IooWyb3ffD

His 14 games at Spurs did at least bring a couple of goals, one in a league game where he came off a bench which also included Dean Parrett and Dorian Dervite. Heady days.

There are two interesting things about Gary Hooper. One is that he was the top-scoring Englishman in the 2012-13 Champions League (two goals, for Celtic against Spartak Moscow (a) and Spartak Moscow (h)), and the other is that he started his career at Spurs.

Hooper was released by the club as a 14-year-old, forcing him to work his way through non-league before eventually cracking the big time, making his English Premier League debut after leaving the Bhoys at 25.

While at Norwich, he was able to taste victory against the team who let him go as a kid, playing the final 18 minutes of a 1-0 win in 2014.

Person B: Oh yeah, I know Danny Murphy, he was great for Charlton and Fulham.

Person C, a genius: I remember when he played for Spurs against Slavia Prague in the 2006-07 UEFA Cup.

There is literally no reason why Spurs should have signed Rasiak. Certainly not for £3million from second-tier Derby.

Sure, he had a decent goalscoring rate for the Rams, but he had never played in top flight before and, based on his form for Spurs, he didn’t especially want to.

Eight games, no goals. You don’t remember any of them. The games, that is. Not the goals, obviously.

Wayne Routledge is your classic Harry Redknapp at Spurs signing, which is weird because Redknapp didn’t sign him for Spurs but did sign him from them.

The winger moved to ‘Arry’s Portsmouth on loan in 2006, as part of a run of playing for every club in the world ever.

As for his Spurs spell, it probably tells you all you need to know that he played more times in half a season at Fratton Park than in three years under contract with the London club,

The second ex-Spur at Bournemouth, Smith has one up on Daniels by virtue of actually breaking into the Tottenham first team, however briefly.

Smith made his Premier League debut as a 21-year-old in 2012, while his one and only Spurs start came alongside Jan Vertonghen and Michael Dawson the following season in the League Cup.