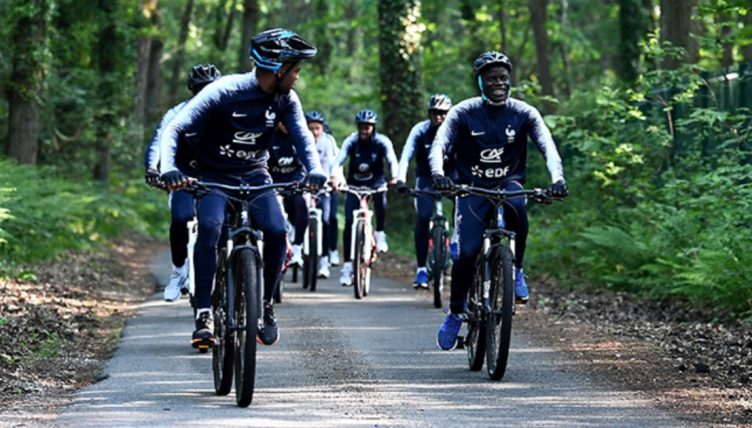 Chelsea aren’t exactly renowned for being neutrals’ favourite second team. But N’Golo Kante is one player surely everybody loves.

Chelsea have long struggled to find support from neutrals – our former editor is an exception – but signing Kante must surely have helped. After all, nobody would wish anything but good things upon the France midfielder.

Here are just some of the reasons why it’s impossible not to love Kante.

He used to pick up rubbish

Born to Malian immigrants in Paris, Kante used to help his father collect rubbish from the streets as a child, walking for miles around the suburbs in the east of the city looking for valuable waste.

Even as a youngster, he showed a work rate that would go on to serve him well in his football career…

He did not have it easy

Having started his football career with JS Suresnes, an amateur club in the west of Paris, Kante did not get picked up by a professional club, Boulogne, until he was 19.

He made his debut on the final day of the Ligue 2 season in 2012 before making his breakthrough in the third tier the following season and then spending two years at Caen, helping them to promotion and then survival in Ligue 1.

He got his dream move to England with Leicester City in 2015 as a 24-year-old but lost none of his humility and remained in touch with his old JS Suresnes coach, Pierre Ville.

Ville told Goal of the midfielder: “He never said no, and he did not speak much.

“When he was given instructions, he would say ‘yes’, then he would leave, but he understood things very quickly. His behaviour makes the people around him take him as a little brother.”

A tiny Ngolo Kante on the far left struggling to get in on the celebrations at his childhood club JS Suresnes, in the Western Suburbs of Paris. pic.twitter.com/Se4uQ5sDWW

He wanted to run to training

When Kante joined Leicester, he treated himself to a second-hand Mini Cooper. But he did not even initially believe he needed a car at all.

According to The Guardian’s Daniel Taylor, ‘Kante reckoned it was possible to run into training every day and had to be persuaded that it wasn’t usually done that way in the Premier League.’

Previously, Kante had often travelled to training in France on a push scooter with a backpack.

He kept his Mini Cooper

Kante, of course, left Leicester for Chelsea after just one year, earning a dramatic wage rise in the process. But he saw no need to upgrade his car.

In fact, after he was involved in a crash in it on his way to Stamford Bridge ahead of Chelsea’s League Cup tie against Arsenal in January 2018, Kante drove it to training two days later – with the wing mirror held on by gaffer tape and the front wheel arch still missing.

He also played the full 90 minutes of the Arsenal game. Obviously.

N´Golo Kanté tangled with a lorry en route to Stamford Bridge. All ok. Well, except the side of his Mini…https://t.co/WM7LBiounw pic.twitter.com/ugVATGTxa9

He even inspired Eden Hazard to buy one

Everybody wants to be like Kante, even Eden Hazard.

Even rival fans love him

Kante will never be provoked into spitting towards someone’s car because not even the most fervid Chelsea hater could possibly have anything against him. It’s just not possible.

Just met this man. Told him I was an arsenal fan and I was upset about the game this weekend but he smiled at me and said “sorry”. What a guy 😭 pic.twitter.com/L8sukTnc7L

He was too shy to grab the World Cup

Having helped both Leicester and Chelsea win the Premier League in his first two seasons in England, Kante then played a starring role as France won the World Cup in 2018.

However, despite starting every single game at the tournament, Kante was too shy to ask to hold the trophy, with Steven N’Zonzi sorting it on his behalf.

Asked about the trophy afterwards, Kante replied: “It is quite heavy and very shiny.”

Nzonzi telling the players to give kanté the trophy, then giving the trophy to him before getting a photo for himself. What a nice guy! pic.twitter.com/wjdtz0B5e7

He refuses to dodge tax

Kante signed a new five-year contract in November 2018 worth a reported £300,000 per week, but unlike many other players, he will be paying his full share of tax having rejected Chelsea’s suggestion for him to be paid through an offshore company.

Upon hearing the story, Kante’s France team-mate Blaise Matuidi said: “I didn’t really follow this story, but I’m not surprised because it is N’Golo. He’s perfect, he doesn’t cheat. Just a bit when he plays cards.”

But he does cheat at cards

Matuidi was not joking: Kante was caught on camera trying to cheat at Uno while on international duty.

Not that anyone held it against him, of course: Kylian Mbappe was in fits in laughter upon discovering the deception.

In September 2018, having missed his Eurostar train to Paris after Chelsea’s 4-1 win over Cardiff City, Kante Googled and then visited a local mosque in King’s Cross where an Arsenal fan, Badlur Rahman Jalil, plucked up the courage to invite him to his house.

He probably expected the politest of refusals, but Kante actually took up the offer and spent around two hours with Badlur and some of his friends.

“It’s Islamic teaching to invite guests to your house for dinner, so I asked him,” Badlur told the BBC.

“He came with me and my brother because he was on his own and said he was only going to go home anyway.

“He beat us all at FIFA and then we watched Match of the Day. It was a really nice evening.”

After missing his train back to Paris on Saturday night, N'Golo Kanté went to a local mosque to pray. 🕌🚆

He started speaking to a fan and ended up spending the evening at his house, watching Match of the Day, eating curry and playing FIFA. 🎮🍛

All professional footballers have had to work hard to get to where they are, but once there, it is hard not to feel some of them take their job and lifestyle for granted.

But Kante seems genuinely appreciative of what he has got, which helps explain why he is always, always smiling.

“We are lucky to be playing football for a living,” he told the Daily Mirror in August 2018. “For me, this is what I have always wanted to do. To get to this level is all down to Allah’s blessing,” he said.

“There are millions of ­people out there, who every day want to get the opportunity to do the work we are doing and it’s a short career. That is why I give it my all at every given opportunity.

“To play for your nation on the world stage is worth more than money can ever buy, and I get to do that, so I am very ­fortunate.”

On top of being an all-round good egg, Kante is one of the best players in the world, and a joy to watch when he’s dominating the midfield.

Already a World Cup winner, and Premier League champion with two different clubs, he’s since completed the set with a Champions League.

Man of the match in both semi-finals against Real Madrid and in the final against Manchester City last season. The only thing missing is the Ballon d’Or – and we’d be the first to campaign for him to get one.

N’Golo, we love you.

17 of the best quotes about N’Golo Kanté: ‘He’s like a rat, he’s everywhere’

What Makes A Club: 21 photos to show the soul and history of Chelsea FC