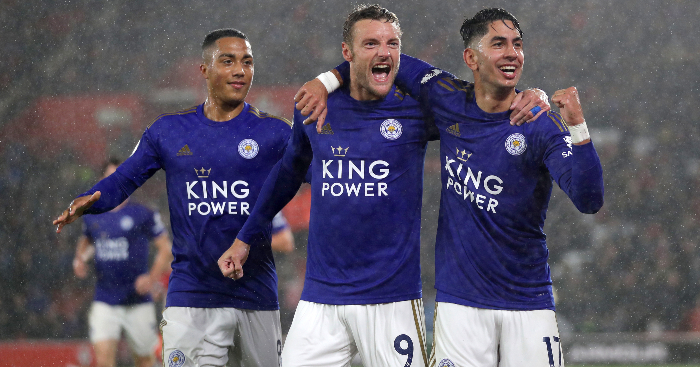 Leicester City matched and set all kinds of new records as they thrashed Southampton 9-0 (yes, nine) on Friday night.

They went into the break five goals to the good, with Ben Chilwell, Youri Tielemans and James Maddison on the scoresheet alongside hat-tricks from Ayoze Perez – off the mark in style for his new club – and Jamie Vardy. Here are some of the records they achieved and some notable facts from the game.

FORGOTTEN GOAL: 27 years ago today Blackburn thumped Norwich 7-1 and @alanshearer did this to Bryan Gunn.

That chip is as deft as you like.pic.twitter.com/PaRScGAp7q

Can you name every Leicester City player with 10+ Premier League goals?