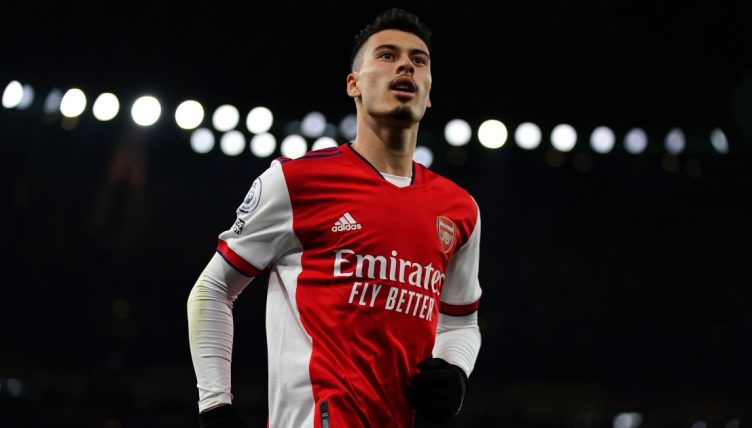 While Arsenal’s more experienced players have often been criticised for their performances this season, the younger players have been leading by example.

The likes of Emile Smith Rowe, Bukayo Saka, Gabriel Martinelli and Martin Odegaard have all been in brilliant form in recent weeks, helping the Gunners move into the top four.

We’ve taken a look at nine stats that show just how impressive Arsenal’s young stars have been.

– Arsenal have now scored 27 league goals in 2021-22 and 23 have been assisted or scored by Saka, Smith Rowe, Martinelli and Odegaard.

– Twenty of Arsenal’s 27 Premier League goals this season have been scored by players aged 23-and-under.

– Smith Rowe (9), Saka (7), Martinelli (6) and Odegaard (5) all have more direct goal involvements in the Premier League this season than Jack Grealish (4).

Gabriel Martinelli turns into Thierry Henry to give Arsenal the lead pic.twitter.com/uYClc1ChO2

– During the win over Leeds, Martinelli became the first Arsenal player to score two goals and create five chances in a single Premier League game since Alexis Sanchez against West Ham in December 2016.

– In Martinelli, Saka and Smith Rowe, Arsenal had three players aged 21 or younger score for them in a Premier League game for the first time.

– The Brazilian now has four goals and two assists in his last six Premier League appearances.

– Smith Rowe has become the first Arsenal player to score in three consecutive substitute appearances in all competitions since Kanu in 2000.

– In the Premier League this season, Martinelli is averaging a direct goal contribution every 101.6 minutes. Smith Rowe averages one every 131 minutes, Odegaard every 213 minutes and Saka every 189.7 minutes.