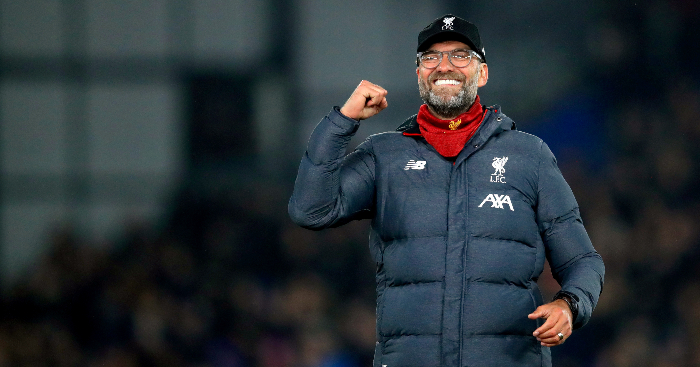 Jurgen Klopp’s appointment as manager has helped to transform Liverpool not just on the pitch but also off the field – as the improvement in their finances shows.

As ever, we are indebted to the fine work of football finance expert Swiss Ramble, whose thread on the topic makes for intriguing reading for any Liverpool fan.

We’ve compiled 11 eye-catching stats from the thread on how Liverpool’s finances have changed since Klopp’s appointment in October 2015.

– In 2014-15, Liverpool’s last season before Klopp’s appointment, the club generated £298million generated in revenue, carrying a wage bill of £166million. In 2018-19, their revenue had risen by 79% to £533million, although their wage bill had also almost doubled, rising to £310million.

– Liverpool’s revenue growth of £235million in that time is the second highest of the ‘big six’ clubs, behind Tottenham (£264million) but considerably ahead of Manchester City (£183million), Chelsea (£132million) and Arsenal (£65million).

– In 2019, Liverpool’s broadcast revenue of £261million was the highest in the world, just above Barcelona.

– Despite Liverpool failing to qualify for Europe for the 2016-17 campaign, after reaching consecutive Champions League finals, the club’s income from European TV money between 2015 and 2019 (£230million) was the second highest among English clubs. Their annual revenue for competing in Europe, meanwhile, has almost quadrupled from £26million in 2015 to £98million in 2019.

– Liverpool posted a loss of £20million at the end of Klopp’s first season, 2015-16, but since then have been profitable for three seasons in a row. Their £42million pre-tax profit in 2018-19 was the second highest in the Premier League, behind only Tottenham’s £87million.

– Across Liverpool’s four years under Klopp up to 2018-19, the club has delivered £187million in pre-tax profit. Again, only Tottenham (£323million) can boast of a higher figure. In that same period, Chelsea posted a lost of £88million.

– Even ignoring 2017-18, when Liverpool made £124million on player sales thanks to Philippe Coutinho’s move to Barcelona, Liverpool still average £44.75million per year in player sales under Klopp.

– Liverpool’s revenue (£533million) is now the third highest in the Premier League and only £2million lower than Manchester City in second.

– While Liverpool’s net transfer spend has increased considerably, his overall net spend of £278million between 2015 and 2019 was only around half of Manchester City’s £594million and Manchester United’s £542million. It is also much lower than Chelsea’s £414million.

– Under Klopp, Liverpool have risen from ninth to seventh in Deloitte’s global Money League. They have also closed the gap from fifth-placed PSG from £63million to £27million.

In summary, Klopp has led #LFC to success on the pitch, driving significant revenue growth, despite the club operating a sustainable model with little owner investment. The club has increased its wages and transfer expenditure, but has still spent less than its main rivals.