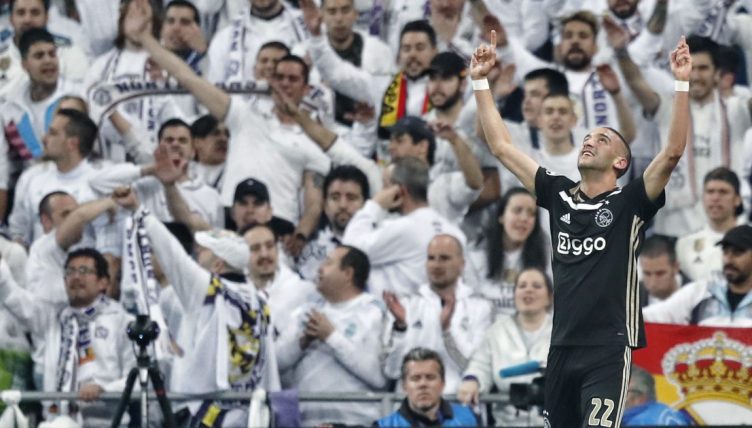 Football has been rocked by the decision of 12 clubs to create their own European Super League.

Part of the reason it’s happened is apparently to foster more competition between clubs who feel bored swatting aside Europe’s supposed minnows. But recent history shows this hasn’t always been the case.

We’ve identified 11 overlooked teams who’ve knocked out a ‘Super League’ club in the past five seasons.

Ajax’s thrilling run to the Champions League semi-finals in 2019 was a throwback to an era in which clubs outside Europe’s top five leagues could challenge their richer counterparts.

With a team containing talents such as Matthijs de Ligt, Frenkie de Jong, Hakim Ziyech and Dusan Tadic, the Dutch champions thrashed Real Madrid in the Bernabeu before dumping out Juventus and Cristiano Ronaldo in the quarter-finals. Only the heroics of Lucas Moura prevented Ajax from appearing in the final that year.

Of course, their team was picked apart over the following seasons in a bid to prevent such an occurrence from happening again.

The curtailed nature of the 2019-20 season helped created a summer tournament feel to the Champions League – and Lyon took full advantage.

After holding off Juventus in their delayed second leg, the French side did a number on Manchester City in a standalone quarter-final in Portugal, triumphing 3-1. We look forward to seeing Pep overthink things in a European Super League.

Two years before Ajax captured the imagination of neutrals fans across the continent, Monaco took Europe’s premier competition by storm.

After losing a classic last 16 first-leg at Manchester City, Monaco overturned the 5-3 deficit to knock Pep Guardiola’s side out on away goals. Their run was only ended in the semi-finals by Juventus.

Arsenal haven’t played in the Champions League since 2017. As the news of the ‘Super League’ broke, they were struggling to a draw at home to Fulham.

With all this considered, their Europa League elimination by Olympiakos in 2020 was more of a gentle surprise than an earth-shattering shock. After Pape Cisse sent the tie into extra-time, Pierre-Emerick Aubameyang thought he’d saved Arsenal’s blushes with a late equaliser on the night.

But, with seconds remaining, Youssef El Arabi stabbed home the winner and prompted a pitch invasion from the delighted staff of the Greek side.

Olympiacos stun the football world, beating Arsenal at the death with a 119’ winner to make the UEL Round of 16. Scenes! 🔥

Here’s to more memories in 2021 🙌pic.twitter.com/fQ9nhLJPRN

Marshalled by veteran defender Pepe, the shithouse’s shithouse, Porto became the latest ‘non-elite’ side to eliminate Juventus from the Champions League earlier this year.

2-1 up from the first-leg, Porto thought they’d sealed a quarter-final place after Sergio Oliveira’s penalty. But Juventus fought back to force extra-time and the odds were stacked against the Portuguese side after Mehdi Taremi was sent off.

But Porto pulled off an improbable victory after Oliveira’s clever free-kick. Juve’s attitude to such a travesty was summed up by vice-chairman Pavel Nedved booting an advertising hoarding brandishing the word ‘respect’.

Quite iconically Juventus vice president Nedved at the full time at the borders of the pitch (where he couldn’t be) kicking angrily on the banners
‘Equal Game’ and
‘Respect’ pic.twitter.com/gwFuclJ5HN

To their credit, Germany’s leading clubs have resisted the ‘Super League’ at the time of writing.

While Bayern and Dortmund have been among Europe’s leading clubs for the past decade, the rise of RB Leipzig has created another banana skin for the continent’s leading egotists.

Led by the snappily-dressed Julian Nagelsmann, Leipzig eliminated Tottenham and Atletico Madrid en route to the Champions League semi-finals in 2020. The following season, they knocked Manchester United out in the competition’s group stages.

Calling AC Milan ‘elite’ stretches the definition of the word to its very limit. They may have an incredibly storied past, but the Italian giants haven’t competed in the Champions League since the 2013-14 season – or since Wolf of Wall Street was released.

Since then, their participation in Europe has been limited to the occasional Europa League campaign. Among defeats to Rijeka, Olympiakos, Lille and needing penalties to see of Rio Ave, their interest in the 2018-19 tournament was ended by Real Betis.

After winning 2-1 in the San Siro, the Seville-based club drew the second leg to eliminate their illustrious opponents.

Barcelona have made undignified collapses in the Champions League something of an art form in recent seasons.

Exits against Liverpool, Bayern Munich and PSG stick in the memory, but it all started with this 2018 quarter-final against Roma.

Leading 4-1 from the first-leg, Barca must have felt safe but an incredible Roma fightback – spearheaded by Edin Dzeko – caught Lionel Messi and co off guard and cause Peter Drury to spontaneously combust on live television.

Nothing will ever beat Peter Drury’s commentary for Roma vs Barcelona. It is a love letter to all who adore the beautiful game. pic.twitter.com/AV51fabikP

Look, if you’re gonna market yourself as one of Europe’s premier clubs then don’t finish bottom of a Europa League group containing all the menace of a picnic with Winnie the Pooh.

For Inter Milan, who managed such a feat in 2016-17, maybe it’s time to look in the mirror and face reality.