11 things we loved this weekend: Messi, Rashford, Chelsea and more 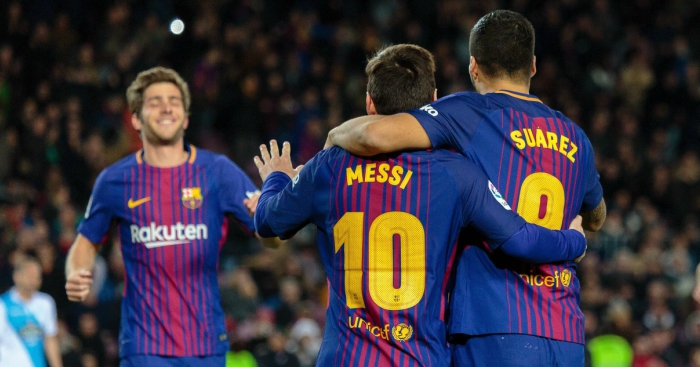 Manchester United, Chelsea and Barcelona have all caught our eye this weekend, while there is one blast from the past that we just couldn’t turn down the opportunity to revisit.

Benevento’s full-back pulled off a brilliant piece of skill in their game with SPAL this weekend. We think.

We’re not sure whether to laugh at this or be really impressed. Either way, it’s good.

Goal of the season?

As if we have come to expect anything less from Barcelona, but this is incredible.

Meanwhile, this video has surfaced over the last few days of a fine Messi run, accompanied by some amazing commentary.

This should brighten up your Monday morning.

Manchester United’s Rashford has now had a hand in 16 goals this season, one more than in his 53 appearances last term.

Fulham’s goalkeeper pulled off this brilliant save during his side’s 1-0 defeat to Sunderland at the Stadium of Light.

Palace certainly won Twitter this weekend with this reply following their victory over Leicester.

You won’t see many better touches than this. We love him.

Chelsea have scored more direct free kicks than any other side since Antonio Conte took charge (seven).

Sassuolo’s Acerbi has played every minute of every match since 18 October 2015, and completed his 100th successive 90 minutes at the weekend.

Even better considering the 29-year-old midfielder has twice recovered from cancer during his career. Top marks.

Huge respect to Francesco Acerbi who beat cancer twice and plays regularly at the top-level @SassuoloUShttps://t.co/llWSfQrc1U

Jonathan Hogg and Troy Deeney were both sent off for their respective clubs during Huddersfield’s defeat of Watford. Remind you of anything?

Any excuse to watch this again.